Help families in Turkana to survive the climate crisis

Child malnutrition rates can reach as high as 30%

could provide 6 weeks of emergency therapeutic food sachets for a malnourished child, and a vital cash transfer for their family

Other
If you donate €250 or more in any one year, Concern can claim an additional 45% in tax back

As the global climate crisis sees temperatures rise and droughts increase in frequency, the land in Turkana, Kenya, is dying. Malnutrition rates among children under five can reach as high as 30% in some areas of Turkana – that’s double the number considered to be a ‘critical emergency'. 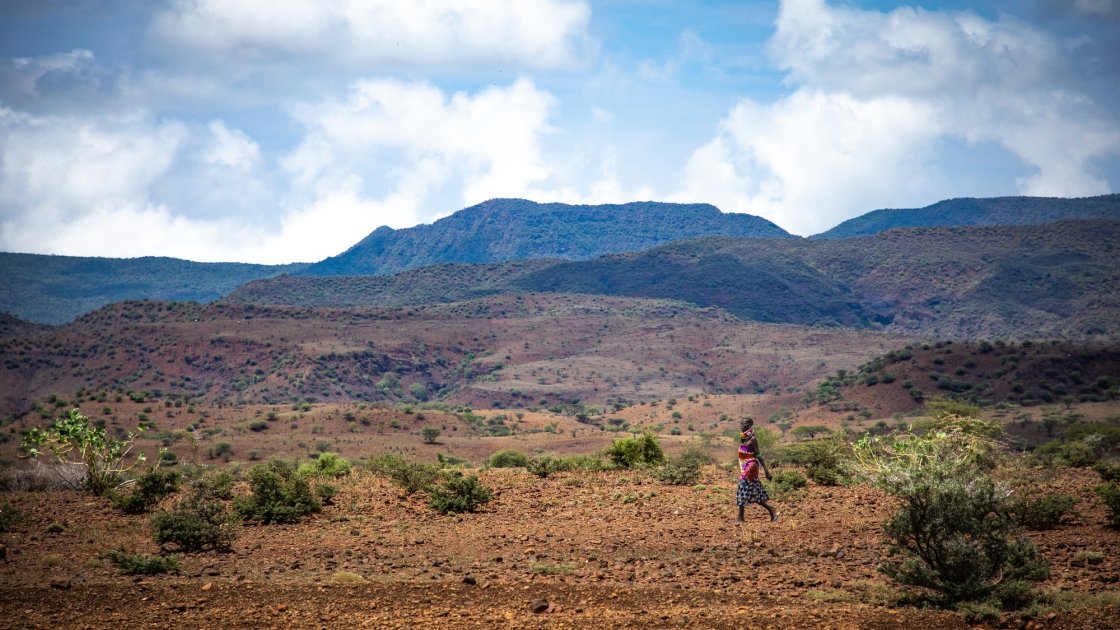 Frequent drought in Turkana county is drying up pastures for livestock to graze on. Photo: Gavin Douglas / Concern Worldwide.

Turkana is a semi-arid region of northern Kenya. Its pastoralist communities are nomadic livestock herders who rely on rain to survive. If pastures dry up, their livestock die.

Life in Turkana has always been tough and droughts are not a new phenomenon there. What is new is the frequency with which they are happening. It used to be that they would occur maybe every 15 or 20 years. Now rising temperatures and changing weather patterns mean they are happening every second year. Families simply do not have enough time to recover from one crisis before the next one hits.

The situation was already serious enough before it was exacerbated by a massive locust infestation – the worst the region has seen in decades. In mere minutes massive swarms of locusts are decimating fields of crops and devouring pastures across the land.

Adding fuel to the fire is the unprecedented dangers posed by the COVID-19 pandemic. As global food supplies are majorly disrupted, and livelihoods are lost around the world, the UN has warned of a risk of famine in multiple vulnerable countries. It is the world's poorest communities, like the pastoralist communities in Turkana, who are expected to be worst hit.

Asekon Lopua is a pastoralist farmer who has suffered hugely from repeated droughts.  Her community has survived for generations by herding their goats between pastures. Now, because of the rising temperatures, during frequent droughts, there is no pasture for the goats. They are starving, too weak to produce milk – the rich, nutritious milk that Asekon relies on to feed her seven children.

Help us to reach more families

Thankfully we were there to support Asekon and Erupe when they most needed it. But the climate crisis is not going away. And now families who are already suffering from its devastating consequences are faced with the added threats of locust swarms and COVID-19.

A donation from you today could supply the therapeutic food needed to help save the life of a child like Erupe, and provide parents like Asekon with vital cash transfers, so they can be confident that all of their children will get the meals they need to survive.

could provide 6 weeks of emergency therapeutic food sachets for a malnourished child, and a vital cash transfer for their family.