Why I decided to stay in Liberia to fight COVID-19

Why I decided to stay in Liberia to fight COVID-19

Megan Beare (25) from Shankill in Co. Dublin was volunteering with Concern in Liberia when the COVID-19 outbreak hit. Here, she explains what she turned down a seat on a flight home this week in favour of staying on to fight the spread of the disease

Evacuation was an option, but I decided to stay.

The flight for foreigners who don’t want to be stranded in Liberia in West Africa during the outbreak was organised by the German embassy and it took off on Sunday. Despite limited places, I had a chance to be on it.

Dave Smith, Concern's Country Director in Liberia, explained to me early on that I could leave and return to Dublin to be with my parents and two brothers. The Irish Embassy were fantastic too in keeping me updated on every available opportunity to evacuate. I cannot thank them enough.

I have only been here just over two months on what is essentially a volunteer position, funded by the European Union. The airport, just outside the capital of Monrovia, is closed - just like others in the rest of the country. So, last Sunday was probably my last chance to leave this beautiful, but incredibly poor, country.

However, I couldn’t do it. 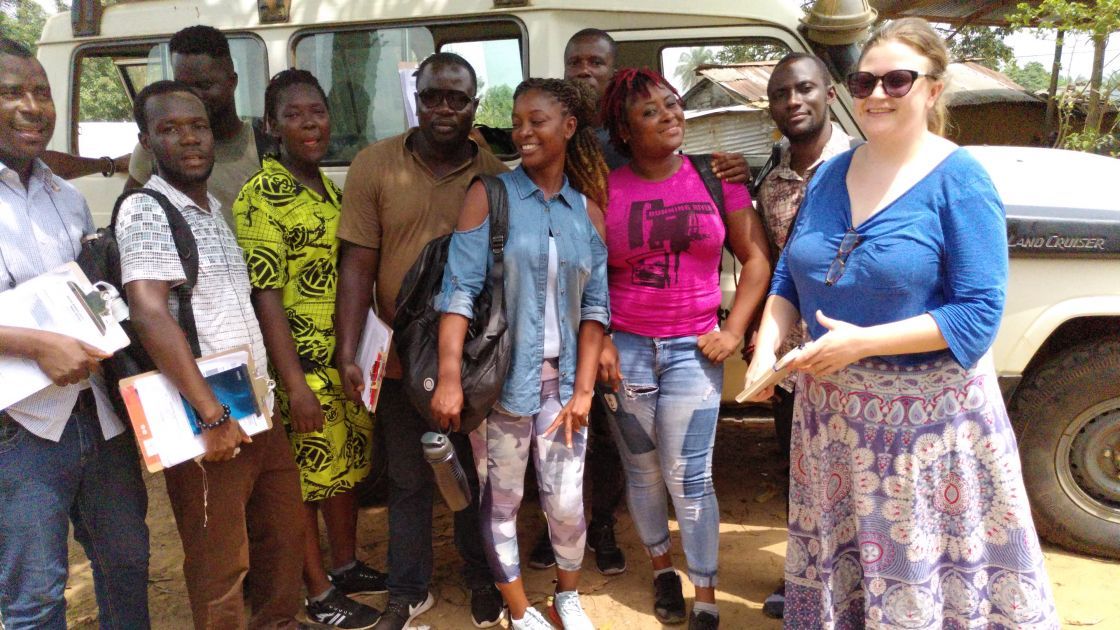 I rang my parents to explain that I am probably going to be stuck here for the duration of the outbreak. I asked them not to worry and they supported my decision. We keep in regular contact. I know they are concerned, but also proud.

I’ve worked overseas with other NGOs before in Uganda and in India so they know I have experience and I am with an incredible team who take safety first. We adhere to all the guidelines and I am lucky to be living in a secure and clean apartment block – but I am, of course, aware that so many here are not.

I am also young and healthy. I feel that staying here is just the right thing for me to do so that we can help as many as we can and try prevent any further spread of COVID-19. It is just four years after Liberians celebrated being free from the Ebola virus that killed 4,800 people here in the first year of that outbreak in 2014.

There are just 10 coronavirus cases confirmed in Liberia today and one death, but the general belief, and concern, is that there may be many more that are not being detected, despite the best efforts of the authorities who test everyone for their temperature before entering shops and buildings.

Even at our own office, if your temperature is above 37.6C, you are not allowed to enter and must go into self-isolation and seek medical advice.

We are not yet on full lockdown but there are restrictions and people are used to such measures, having already survived so many other crises. There is even a hotline for people to call if they suspect anyone has the virus, which is apparently something that worked successfully during the Ebola outbreak.

I want to be where I can help the most vulnerable and my goodness, do they need that here. This country, located on Africa’s Atlantic coast, has a very similar population to Ireland, 4.5 million, but it is one of the least developed, low-income and food-poor countries on Earth.

A shocking 83 per cent of Liberians live on less than €1.15 a day. It is still recovering from a brutal 14-year civil war that ended in a 2003 peace agreement after destroying many lives, infrastructure and the sort of basic social services that are in dire need right now. People also refer to everything here happening before and after the Ebola virus outbreak, which began in March 2014.

While I know Ireland and other European countries are struggling to get more ventilators and other critical medical equipment, just imagine the anxiety here where there are a limited number of intensive care units and ventilators.

They have testing kits, but if this gets out of control, who knows how many will be affected.

Many people, especially those living in rural areas, have no electricity and no easy access to clean, fresh water for washing.

Soap is also something that not everyone has. I witnessed this first hand in February while doing research in remote communities, including an area that is now an infected zone. We focused on handwashing - which would obviously become so much more important just weeks later - asking women what difficulties they had. They told me soap was expensive for many families, which is why Concern has been providing aid such as soap and other handwashing essentials to communities.

Access to water was also a major issue. Many have to pay for water to just clean their hands. Social distancing is difficult with large families living in small spaces.

I am one of 94 Concern staff in Liberia, including another Irish citizen, Paula Connolly from Longford Town. We will be hiring more local people to help us with our COVID-19 prevention measures as this crisis worsens.

Concern has been here since 1996, providing emergency and development aid like new protected water sources - work that will continue through this crisis.

Malaria also remains an ongoing widespread threat. Many of the methods used to prevent the spread of Ebola are now back and in action to try stop the coronavirus and we are there with the rest of Liberia, doing what we can.

Part of my role has been to make sure the work we are doing is having a real impact. I am confident that what we are doing will save lives because underlying health issues are widespread and, as we know, these people are the most vulnerable to this devastating virus.

Some of our COVID-19 prevention work so far has included donating tents, laser thermometers, soap, buckets with taps and protection equipment to county health teams (equivalent to HSE) for their isolation centres.

We have printed COVID-19 prevention posters and are training people working for Liberia's equivalent to credit unions, ensuring they can continue to lend and provide money to those in need. We are also using novel ways to work with the Liberian authorities to educate people about COVID-19 through music.

The State’s county health teams have written jingles asking people to do things like wash their hands, and we are hiring bike riders to drive to very remote villages with PA systems and megaphones attached so they can hear them. We also bought airtime on community radio stations and will put out advertisements in both English and other local languages.

Despite the immense challenges that Liberia faces, many remain hopeful. Their president, George Weah, has recorded and released his own educational tune called the ‘Coronavirus Awareness Song’, which I think is very catchy and is having a huge positive effect here.

I am constantly listening to what is going on in Ireland and it is encouraging to read and hear about the solidarity and the great efforts being made to slow the spread of the virus.

My mother told me about how people in Shankill are collecting groceries for those who cannot leave their homes. A very experienced Concern colleague told me once that Ebola brought out the best in people. I now understand what she meant.

I also know that people in Ireland are also continuing to support the work Concern does, and that is incredibly heartwarming and drives us as we try to stop another major crisis in Liberia and elsewhere in the poorest regions of Africa.

This is clearly a planet-wide effort. We all have to help each other any way we can. I plan to be home in December when I hope this crisis is behind us, but will stay here to do what I can to help my colleagues and the communities we support.

Concern's teams all over the world are working hard to prevent the spread of COVID-19 and support the most vulnerable communities - but we need your help. 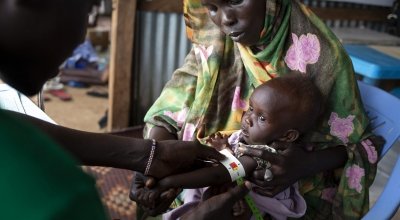 Concern has launched a major EU-funded programme to reduce levels of malnutrition, sickness and death among children aged under-five. 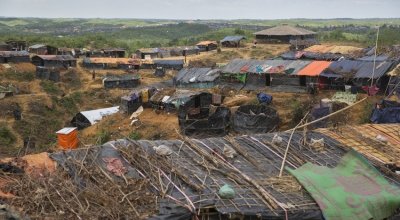 Concern is working to urgently assist around 140,000 people who have been impacted by Cyclone Amphan. 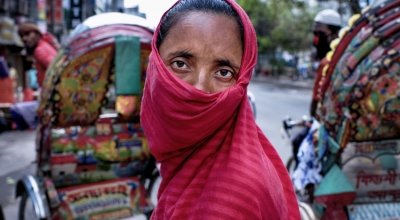