Join the fight to stop hunger caused by climate change

If you donate €250 or more in any one year, Concern can claim an additional 45% in tax back

Climate change is threatening the very future of our planet. In some of the world's poorest and most isolated places, it's already causing death and starvation.

Right now, the families least responsible for climate change are suffering most because of it. Droughts, floods and other weather extremes are driving hunger by turning fertile land into desert.

Poor harvests and starving livestock are leaving families with no food or source of income with farming communities like those in Northern Kenya worst affected.

By giving just €2 a week to Concern Worldwide, you could help get emergency food to families whose lands have been ravaged by extreme weather.

Our team is empowering communities to tackle hunger and malnutrition caused by climate change by training people to identify and treat it themselves.

Using the CMAM approach (community management of acute malnutrition), malnourished children are proactively identified and referred to local or mobile health clinics to be screened.

They are usually treated with therapeutic food sachets, which parents can give to their children at home.

We are also helping farmers to build their resilience against extreme weather by teaching climate-smart farming techniques.

These include using drought-resistant seeds to withstand the effects of climate change. 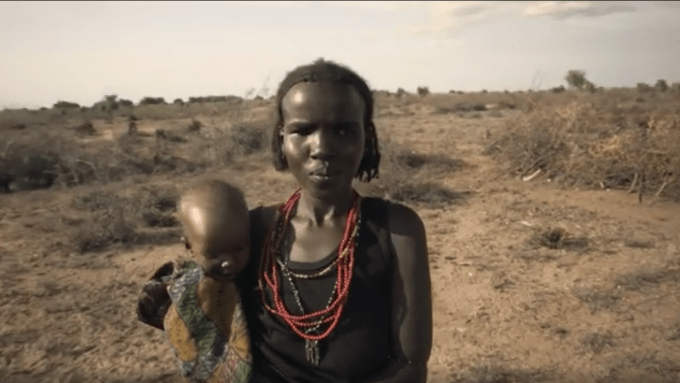 Help those most affected by the climate crisis

Where your money goes

Almost 90 cent of every euro you donate goes directly towards our relief and development work with the world's poorest and most vulnerable people.

In 2020, Concern responded to 78 different emergencies in 23 countries, helping to alleviate poverty and hunger for 36.9 million people.

How your donation helps

Help us to stop hunger