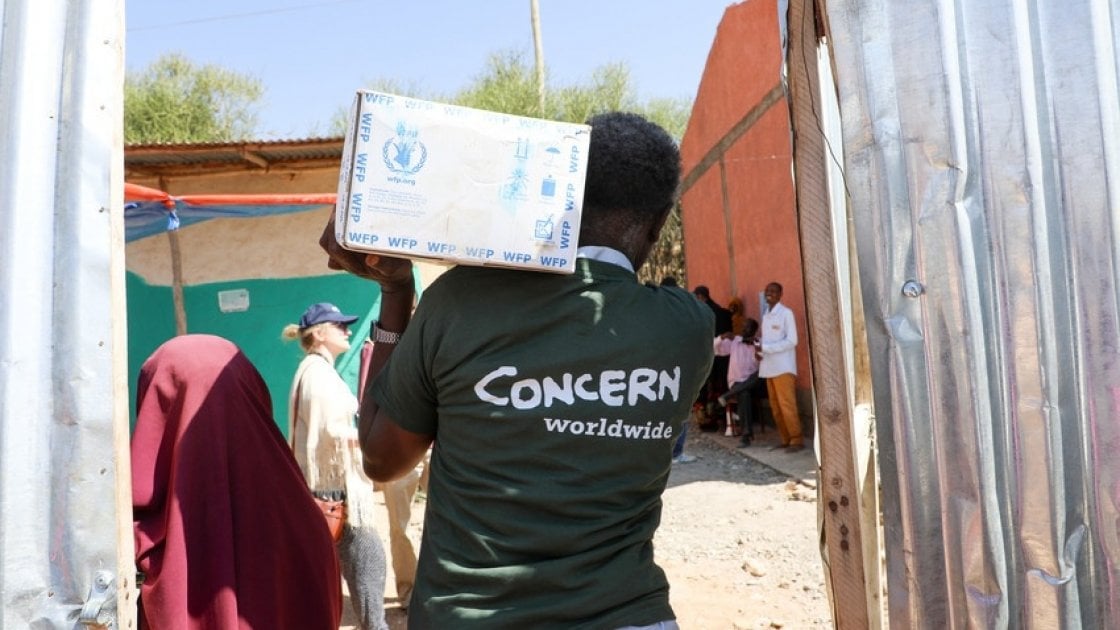 As we get ready to mark World Humanitarian Day 2018, Lucy Bloxham explains why it is an important day in the global calendar.

The toll of conflict

Around the world, conflict is taking a huge toll on people’s lives. Trapped in wars that are not of their making, millions of civilians are forced to hide, or run for their lives, children are taken out of school, families are displaced from their homes, and communities are torn apart.

At the same time, aid workers – who often risk their lives to help people affected by violence – are increasingly being targeted during conflict.

Medicine and relief supplies are ransacked, hospitals and ambulances are bombed, and humanitarian aid workers are detained or denied access to people in need.

In fact in 2016, 158 major attacks against aid operations occurred, in which 101 aid workers were killed, 98 wounded and 89 kidnapped.

The origins of World Humanitarian Day

Every year on 19 August, World Humanitarian Day aims to shine a spotlight on the millions of people around the world whose lives have been caught up in conflict. Established by the United Nations General Assembly in 2008, it marks the day on which the then Special Representative of the Secretary-General to Iraq, Sérgio Vieira de Mello and twenty one of his colleagues were killed in the 2003 bombing of the UN Headquarters in Baghdad.

Every year since, the humanitarian community has organised global campaigns to commemorate WHD, advocating for the safety and security of humanitarian aid workers, and for the survival, well-being and dignity of people affected by crises.

This year, as well as paying tribute to aid workers, World Humanitarian Day (WHD) aims to highlight the plight of civilians caught up in conflict, and reiterate that they are #NotATarget.

Definition of a Humanitarian

Anyone can be a humanitarian, and responding to emergencies is only one aspect of humanitarian work. It also supports communities to rebuild their lives after disasters, to become more resilient to future crises, to advocate for their voices to be heard, and to build lasting and sustainable peace in areas of conflict.

Humanitarians are often thought of as international workers, but following a disaster the local people affected are often the first to respond.

At its core, humanitarian aid is based on a number of founding principles including humanity, impartiality, neutrality and independence. Workers should be respected and be able to access those in need in order to provide vital assistance. But unfortunately, this is not always the case.

First and foremost, however, conflict affects civilians: men, women and children trying to go about their daily lives in the midst of war. 2017 figures reveal that a total of 10,204 civilians in Syria have been killed including 2,298 children and 1,536 women.

But it’s not just getting caught up in crossfire that destroys lives. In Yemen, a lethal cholera epidemic has killed more than 9,000 people and health services and water and sanitation infrastructure are collapsing under the strain of war.

This year, on WHD, the United Nations are calling on all global leaders to do everything in their power to protect people caught up in conflict.  They have created a “living petition” where you can show your support for the #NotATarget campaign.

No one is winning these wars. We are all losing. But you can help change the impact these wars have on the lives of innocent people.