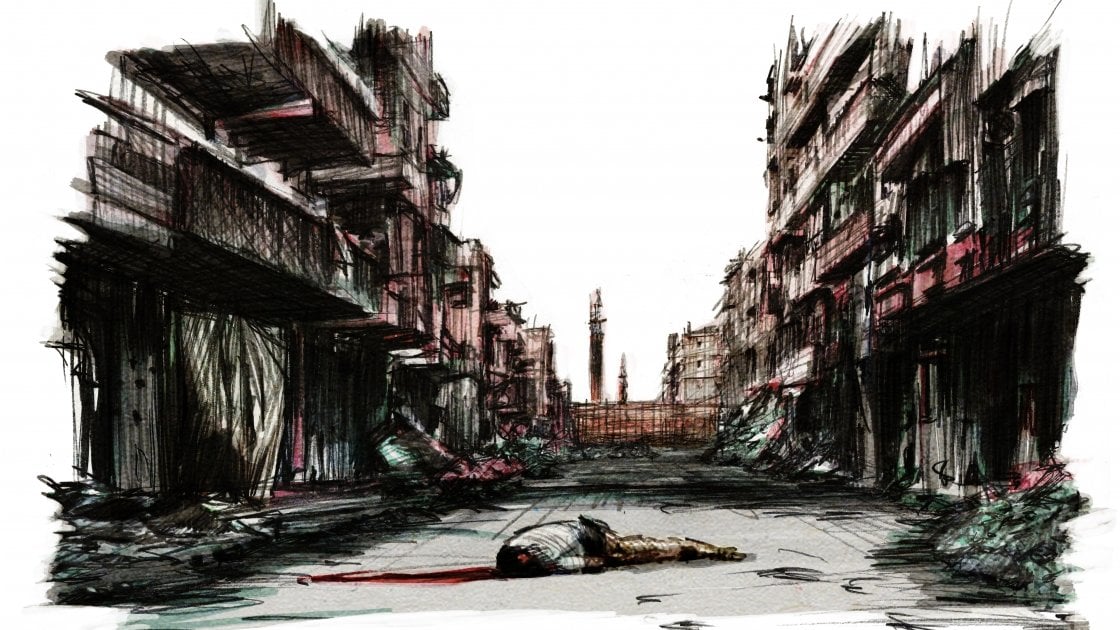 “We were very scared,” remembers Sameh as she recounts the night her husband Jalal was killed. “I asked him to go see what was happening outside on the street.”

Sameh pauses to take a breath as she remembers that terrible evening just a few months ago.

“He was killed that night while standing in the middle of the road. Then so many others were killed on that same road, out of nowhere.”

After that one moment, we were all alone, without protection and without any preparations for our future."

Sameh is now 40 years old, a widow, and sole provider for five children and her mother-in-law, Nawwar. The home they share has been badly damaged by shelling in several places since her husband died.  And sadly her story is far from unique.

In the last two years, as international involvement in the conflict has increased, the scale of fighting in Syria has intensified and the impact on civilian life has been catastrophic. The UN reports that 85% of the Syrian population is now living in poverty. Over thirteen million are in need of humanitarian assistance, with five million of these in besieged or hard-to-reach areas. More than eleven million people have been displaced – six million within Syria.

The widespread use of heavy weaponry in populated areas, the shifting lines of territorial control, denial of humanitarian access and attacks on aid convoys, and the use of deliberate siege and starvation military tactics, have all had a severe impact on civilians – and on the ability of humanitarian organisations to respond. Read our report

“I am anxious all the time”

“We live in a state of fear,” Sameh says of her life now. “What if what happened to my husband happens to me? What will happen to my children and their grandmother? I am anxious all the time.”

Without an income, the family relies on the generosity of others. Their neighbours provide great support, and Sameh also receives food vouchers from Concern.

“I thank God for everything I have still and for the kindness of those around me. Recently, someone provided us with enough money to purchase winter clothes for all the children, for example. But I am always afraid that the help will stop. How will I manage then?”

With support from key donors including Irish Aid, USAID, DFID, ECHO and others – including generous donations from the public – we have been responding to the crisis in Syria for over four years, and helping victims of the conflict in Turkey, Lebanon and within Syria itself.

In 2016 Concern had at least 390,000 direct beneficiaries in Syria itself (we helped 650,00 people affected by the crisis cumulatively in Syria, Turkey and Lebanon). Our work in Syria focuses mainly on emergency response, supporting internally displaced people in the north of the country – people like the Haddads who had to flee their home when living conditions became untenable for them locally.

Late last year, fear of being recruited into a military group left Fadil Haddad’s movement very restricted. “I became afraid to walk to the market,” he explains. “I didn’t know what would happen. At any moment, someone could have grabbed me and held me in confinement for any silly reason or forced me to take up arms.” This meant he could no longer do his job as a fisherman. With eleven dependents, the cost of food and other essentials increasing, and bombardments becoming more frequent, he made the difficult decision to leave with his family. 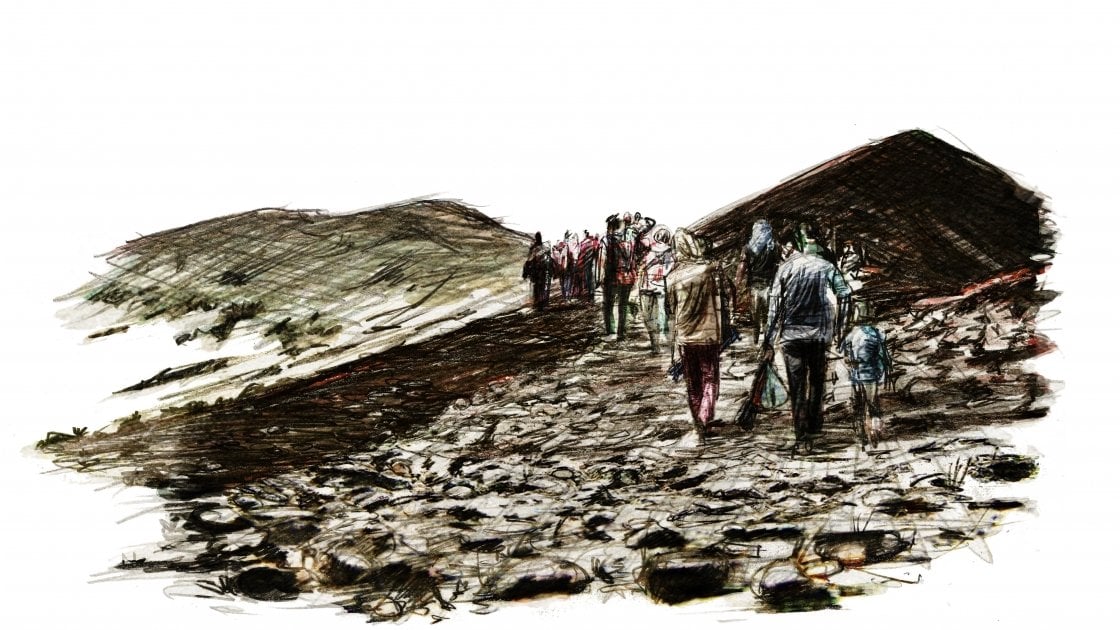 A displaced family makes their way to safety. From Six years of War, Six Shattered Lives, illustrated by Marc Corrigan for Concern Worldwide.

The journey to a safer city was long and arduous – and much of it was made on foot. “We were taken along a difficult trail,” he recalls. “My wife tripped on a rock and broke her arm. The children were so tired I had to carry two of them the whole way.” Thankfully, they managed to find shelter, and food was available when they arrived.

When we first arrived, Concern provided food baskets for us and also registered us to receive food vouchers. We were so thankful."

Our support for internally displaced families includes the distribution of hygiene kits and the rehabilitation of water supplies, the provision of shelter to homeless families, and the distribution of food baskets and vouchers which allow people to purchase food in local markets.

But despite help from NGOs, life for families like the Haddads is still difficult and riven with fear. “My brothers are still afraid of recruitment as they are of the right age,” Fadil tell us. “They don’t go to the market, fearful of people and their agenda. I worry that fishing will not be enough to provide for my family. The market is not very good at the moment and I don’t think we can cover all of our needs. Still, I am trying. I pray to God that this hateful war will end soon so that I can return to my city again – where I know my neighbours.”

Our new report, “Shattered lives: protecting civilians in war-torn Syria – a shared responsibility”, highlights – through focus groups reports and individual testimonies – how this devastating six-year conflict has shattered the lives of ordinary Syrian people. It also outlines what needs to be done, on a political and humanitarian level, to support them.

Sameh’s and Fadil’s names have been changed, and locations obscured, for security reasons.