Take part in the 2016 Concern Fast

Giving up something you love for 24 hours couldn’t be that hard – could it? We speak to past Concern Fast participants Sean, Rob, Chloe and Maeve in an attempt to find out.

Over the years Sean has invited friends and family to join him in fasting, and he has built up something of a team.  “There are about 60 people on the team at this stage, ranging in age from 23 up to 76. I send them the fast sponsorship cards and then afterwards I collect the money and bring it up to the Concern office in Dublin.”

It’s all about the team

Sean sees the annual fast as a team effort and takes pride in his role as coordinator and mentor. He’s in regular contact with his team mates offering support and motivation, and he isn’t shy in recruiting new team members: “Ask and you shall receive – that’s my motto,” says Sean.

A single TV advert sparked Sean’s interest in Concern’s work and ever since then he has remained a committed and unwavering Concern Fast participant. “Years and years ago I saw starving people on the TV ads, especially children, and I thought to myself, ‘all the things we have here, I have to do something to help’,” he says.

Does the 76 year-old find giving up food for 24 hours difficult? “It’s no trouble at all,” he says, “I fast from 7pm after dinner until the following evening. People get nervous about fasting but I don’t think you have to give up food, any effort at all counts.”

“We’ve been taking part in the Concern Fast since we were in first year when we took part in two hours silence instead of fasting,” says Maeve.

“We didn’t speak from 9.30am until 11.30am,” said Chloe, “It was great – the teachers took part too and taught their classes without speaking and just writing on the whiteboard.”

Chloe and Maeve have taken part in the fast every year since and have been actively fundraising for Concern all year round with football blitzes, cake sales and much more. In fact, when they were in transition year, they successfully raised the most funds of any school in Ireland participating in the Concern Fast and were chosen to travel to Ethiopia with Concern.

Now in sixth year, Chloe and Maeve continue to advocate for the Concern Fast and encourage younger years to get involved: “There are lots of alternatives to giving up food,” says Maeve, “Some class groups gave up their phones for the day, others gave up talking and some first year classes gave up chocolate. It’s about taking part and raising the all-important funds for Concern.” 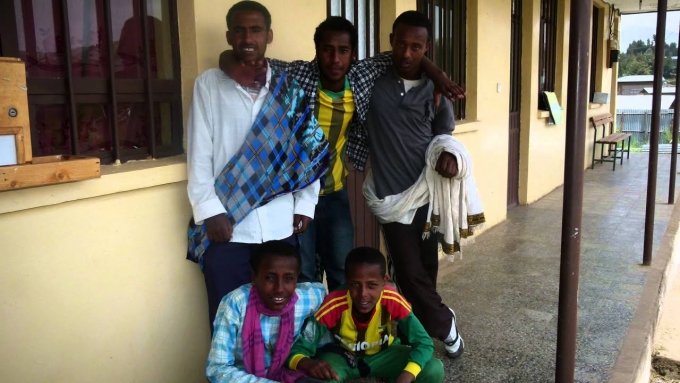 Fasting in the workplace

Aer Lingus employee Rob, has been taking part in the fast since he joined the company in 1998 and also become involved in coordinating the company-wide event.

“There are currently six of us in the group,” says Rob, “we send out emails to staff letting them know how they can sponsor us and then we send out a thank you email letting people know how much has been raised.”

Last year Rob and the Aer Lingus team raised over 2,500 euro and they hope reach the same target this year.

Coming into his eighteenth year of fasting, Rob remains inspired to take part thanks to his determination to fight poverty. “When you think of all the people in the world who have nothing, it gives you a sense of perspective,” says Rob, “We only give up food for 24 hours, millions of people wake up day after day with no food.”

And with this year’s fast just under a month away, Rob reflects on his fasting strategy: “I fast from evening to the following evening. I find the fasting part can be difficult, but I guess I’m used to it at this stage.”

You can get involved too!

The Concern Fast is an exciting opportunity to challenge yourself for a very deserving cause. By taking part and fundraising for the Concern Fast you are helping us to continue our lifesaving work. Have no doubt - the money you raise has a real impact.

Join the fight against poverty and sign up for this year’s Concern FAST which takes place on 24 November.