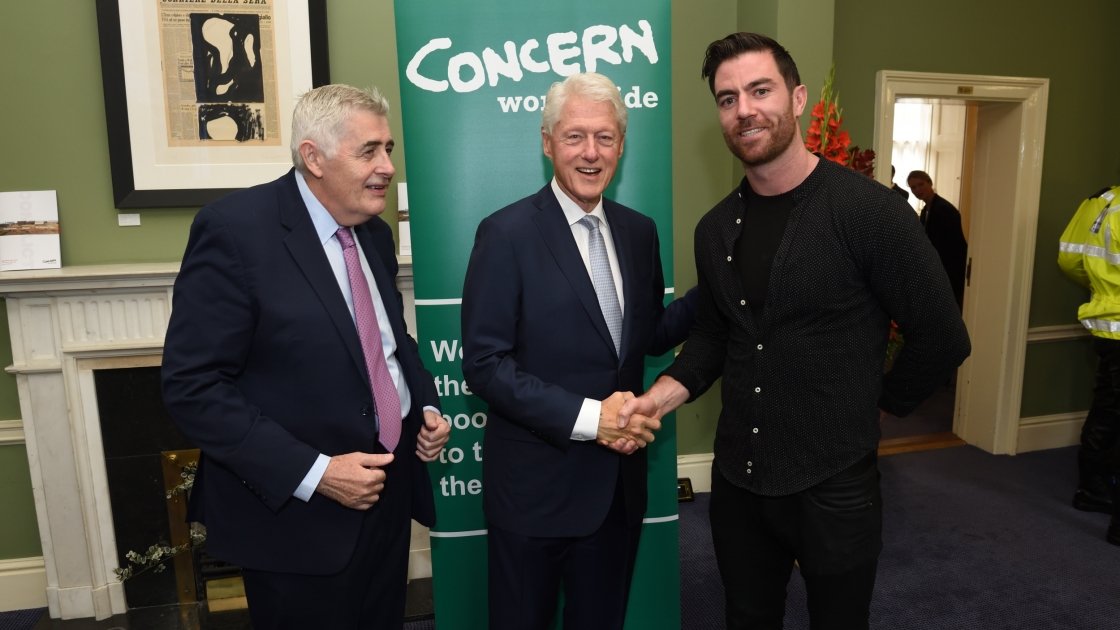 The six-time All-Ireland-winning GAA footballer attended Concern’s hugely-successful international conflict conference in Dublin Castle on Friday and was among a few select guests chosen to meet the 42nd president of the United States, who was a keynote speaker at the event.

Michael Darragh told President Clinton about his trip to Kenya with Concern earlier this year before privately presenting him with a Dublin jersey, which the president said he would wear.

Equivalent of the Superbowl

President Clinton congratulated Michael Darragh and the Dublin team’s success and even made reference to him during his keynote address where he told the audience that he won “his sport’s equivalent of the Superbowl, and they won.”

Clinton said that Michael Darragh’s commitment to his national sport is a true example of being “tribal” before adding: “We are all tribal. We all have specific things about our identity that we should be proud of.”

Speaking after the event, the Ballyboden clubman said he never thought when he woke up that morning that by the afternoon he would be shaking hands with one of the world’s most famous leaders.

He said: “It was great to be among the attendees of the conference and I never expected to meet President Clinton so it’s been an amazing week.”

For more information, please contact Kevin Jenkinson at kevin.jenkinson@concern.net or on 0863582886.