Irish aid worker based in Port-au-Prince speaks of fears for thousands living in vulnerable communities. 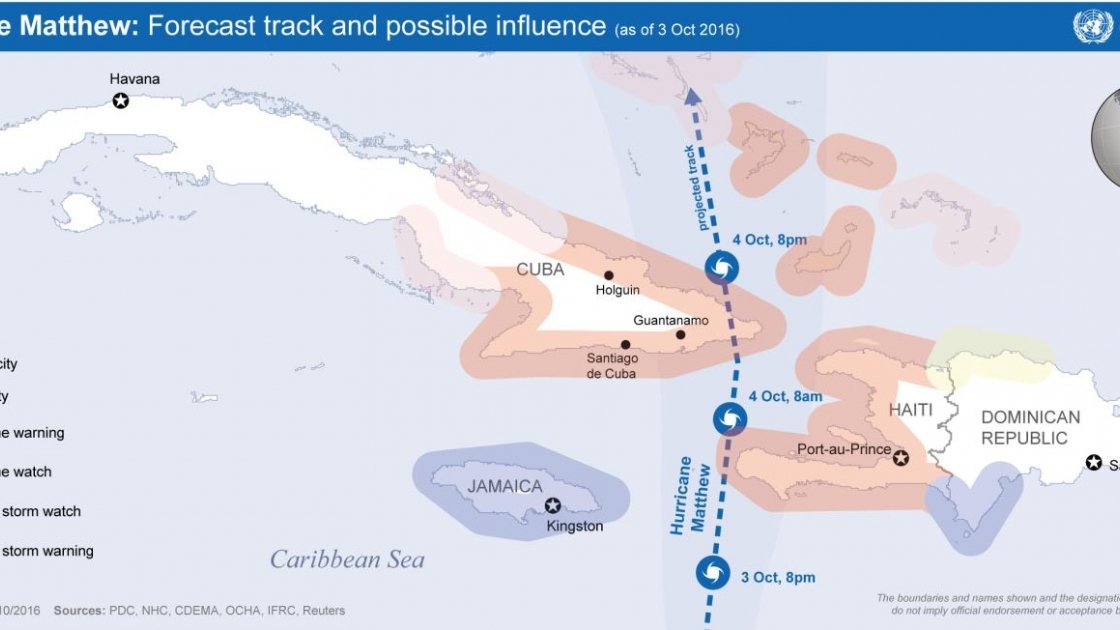 Ireland’s largest international aid agency, Concern Worldwide, is on the ground responding to life-threatening Hurricane Matthew in Haiti – six years after a devastating earthquake killed over 300,000 people in the impoverished nation.

Concern, which has 130 staff based across Haiti, has stockpiled urgent supplies for communities in need as the category 4 storm with winds of up to 230kph hits their villages and towns.

We already have contingency stocks in place. We have many life-saving items such as blankets, shelter equipment and aqua tablets because once the hurricane hits things like electricity and water supplies very quickly become compromised.

Ms Kingston said there is “an incredible amount” of apprehension in Haiti, where thousands still live in camps six years after a devastating earthquake that killed over 300,000 people and left over 1.5 million people homeless – and four years since it was hit by Hurricane Sandy. She said:

People have just come through the most horrific earthquake in recent memory. They have been hit by cholera epidemics and now we are facing this.The people of Haiti are amazingly resilient, but there is a feeling of: 'Why us?'

Concern Worldwide has worked in Haiti, the poorest country in the Western hemisphere with a population of 10.1 million, since 1994.

Up to five million people in Haiti are vulnerable to the impacts of Hurricane Matthew, according to the United Nations Office for the Coordination of Humanitarian Affairs (UNOCHA).

Donations for the Haiti Hurricane Matthew appeal can be made by calling 1850 211 844 or online at https://www.concern.net/donate/appeals/haiti-hurricane-appeal.

For more information or for an interview with Nellie Kingston, please contact communications officer Kevin Jenkinson at 086 358 2886 or kevin.jenkinson@concern.net