Staff at Ireland’s largest aid agency, Concern Worldwide, have today expressed their deep sadness at the passing of the Irish-American philanthropist and humanitarian leader, Tom Moran. 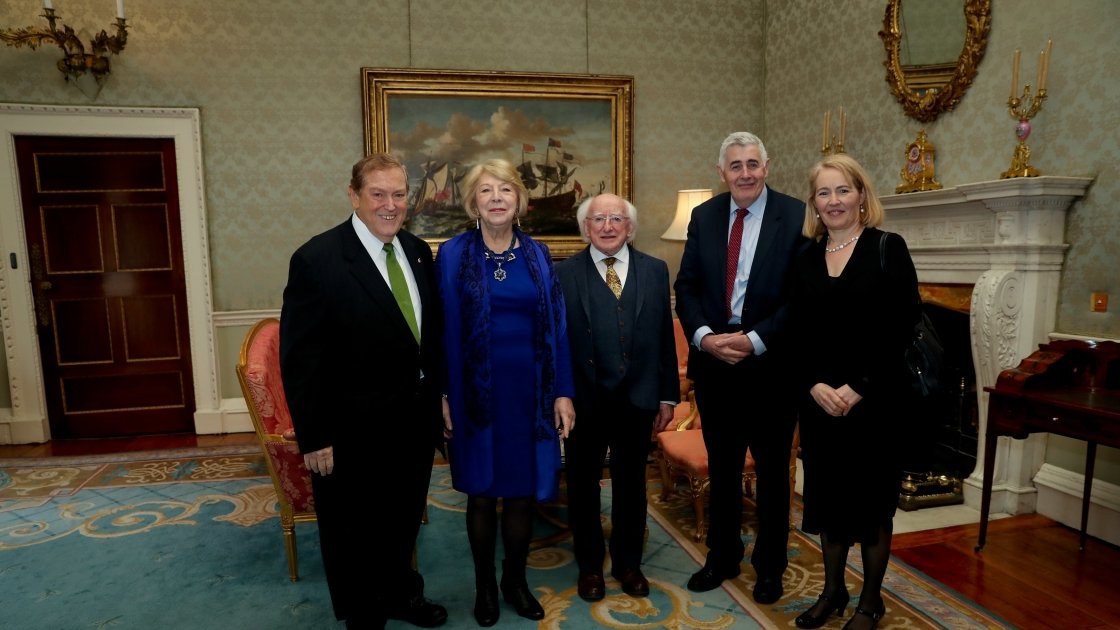 Moran, who passed away on Sunday aged 65, was a titan within the Irish-American community in New York. An extremely successful businessman, Tom had a lengthy career at Mutual of America where he rose to become Chairman, CEO and President before his eventual retirement in 2016. He was also a legendary philanthropist, humanitarian and peacemaker, who played a crucial role throughout the Northern Ireland peace process.

Tom became involved in Concern Worldwide after a meeting with the former head of Concern, Fr Aengus Finucane, in New York, who was at the time laying the groundwork for the US base of Concern. Sharing a strong mutual humanitarian bond, the two men developed a deep friendship and for over two decades, Tom led the growth of Concern US, investing time, resources and an endless amount of passion and energy into what was a new organisation at the time.

From 2001 to 2017, Tom Moran chaired the board of Concern US and also served on the board of Concern Worldwide in Ireland. His passion for humanitarianism and helping others was only matched by his love for Ireland and in 2015 he was presented with the prestigious Irish Presidential Distinguished Services Award, which recognises: ‘those who have served Ireland with distinction and actively contributed to the country in a sustained manner.’

Concern Worldwide Chief Executive, Dominic MacSorley, said: “We are deeply saddened with the news of Tom Moran’s passing and our thoughts are very much with his wife Joan. Tom was a giant of a man, an unstoppable force for good.

“It is impossible to quantify his contribution to Concern, but without doubt his leadership and extraordinary generosity saved countless lives and transformed the hopes and futures of many more.

“Tom insisted, with a singular purpose on walking the walk, travelling to the least well-served parts of the world, regardless of how remote or insecure. He was determined to remind those in greatest need that they had not and would not be forgotten. His legacy will live on in our hearts and the millions of people across the world that are living a safe, secure and hope-filled life.”

During his time as Chairman of Concern US, Tom Moran travelled to see the aid agency’s work in many of the world’s poorest countries including Afghanistan, Haiti and Rwanda.

For more information or interview requests, please contact Kevin Jenkinson at 086 358 2886 or at kevin.jenkinson@concern.net