Volunteers needed to judge Concern Debates in schools across Ireland

Concern Worldwide is calling on potential volunteers to get involved in judging a nationwide debating competition that gives teenagers a platform to discuss serious global issues. 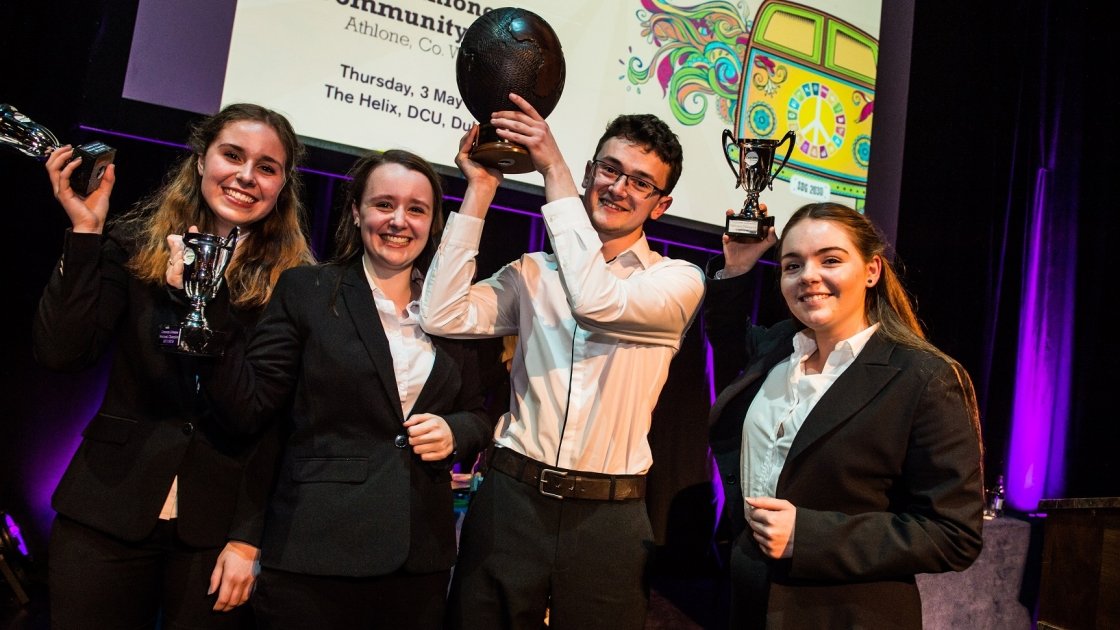 Over 50,000 students have taken part in Concern Debates since it began in 1984 and it is now one of the country’s largest school debating competitions.

The motion, ‘Ireland’s summer heatwave is more cause for worry than joy’ will be among the hot topics being proposed and opposed at hundreds of secondary schools over the next couple of months.

“Has time ran out to combat climate change? This is one of many questions examined over the course of the debates and we are looking for volunteers to judge what could be a very lively discussion among others,” said Concern’s Schools and Youth Programme Administrator, Geraldine Carroll.

“People from all walks of life volunteer as adjudicators for our debates and we offer training on how to mark them and what skills to watch out for.

“This is also an excellent opportunity to hear the views of young people on serious issues and to gain a deeper knowledge and understanding of the world.”

This year’s winning team was from St. Kilian’s German School in Dublin after they successfully argued for the need to rekindle the “spirit of 1968” to solve many of the world’s current problems.

Concern said its adjudicators should be good listeners who are able to see both sides of an argument and who can keep an open mind – while also having an interest in development and human rights issues.

In each debate, a motion, such as ‘Consumer power will end child labour,’ is proposed by one team and opposed by the other, sometimes despite them not agreeing with the argument they are making.

Previous motions include: ‘Without a war on poverty, terrorism cannot be defeated,’ ‘to end hunger the world must embrace biotechnology’ and ‘The Trump presidency will be a blessing in disguise for Africa.’

All teams first go through a league stage held in schools with the final debate between the two remaining teams is held at The Helix venue in Dublin.

The winning team is presented with a trophy and invited to see one of Concern’s overseas programmes where they are shown some of the life-saving work that is being done thanks to donations and support from the Irish public.

Concern Debates was set up to encourage young people to talk about burning issues surrounding global justice and development.

Anyone who wants to volunteer and join the panel of judges for Concern Debates is asked to contact Concern’s Schools and Youth Programme Administrator, Geraldine Carroll, at 01 417 7733 or by email debates@concern.net.

For more information or interview requests, please contact Kevin Jenkinson at 086 358 2886 or at kevin.jenkinson@concern.net.