This is the eleventh annual publication of the Global Hunger Index (GHI), a report jointly published by the International Food Policy Research Institute (IFPRI), Concern Worldwide, and Welthungerhilfe (WHH).

The GHI series of reports tracks the state of hunger – worldwide and country by country – and spotlights those regions and countries where action to address hunger is most urgently needed.

Getting to zero hunger

In this year’s essay, the UN’s David Nabarro discusses the 2030 Agenda for Sustainable Development and how we can achieve its core objective: to overcome poverty and hunger and reach those who have been left behind.

A lasting end to hunger and undernutrition cannot be achieved in isolation, he argues. We must also address the underlying structural causes of hunger, including the impact of climate change, particularly on the poorest.

We must also identify the regions, countries, and populations that are most vulnerable to hunger and undernutrition so that progress can be accelerated there. This is where the Global Hunger Index has a massive role to play.

This year’s case studies highlight the work of Concern Worldwide and Welthungerhilfe as part of efforts towards achieving zero hunger in three very different countries: India, Malawi and Burundi. They focus on the complex challenges faced and the progress made so far, and demonstrate how lessons are being learned along the way. 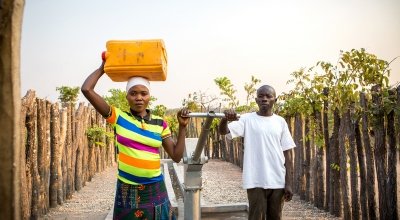 This issue of Knowledge Matters captures the experiences and learning from the WASH Consortium, lead by Concern in the Democratic Republic of Congo.