From claims about overheads, to complicated calculations that say just €0.39 a day will end poverty – a number of myths surround charities. Many have concrete examples tied to them, which makes it that much harder to know who to choose when supporting an organisation and a cause that you believe in.

Here, we break down a few of the most persistent charity myths, and offer facts that we all need to accept in order to reach zero poverty.

1. Myth: Charities spend too much money on their CEOs, administration and overhead

There is some truth in this charity myth: Some organisations pay more to their executive staff and costs of operation. However, these are the exception, not the rule. At Concern, for example, over €0.89 of every €1 raised goes directly into our programmes in 24 countries around the world. In 2019, Concern Worldwide’s CEO, Dominic MacSorley, was paid a salary of €109,773 (below the average range for a CEO in Dublin of approximately €194,020 and €484,442). He also received a 9% contribution to a defined contribution pension scheme. He received no additional benefits in the current or prior year. Most reputable organisations will be transparent about their finances and how your money is spent.

2. Fact: Investing in marketing and fundraising isn't a waste of money

When done right, a charity’s budget for fundraising and marketing can pay for itself — and then some. We know that when you donate to a nonprofit, you want your money to go directly to the cause that’s being served. But in order to compete for funding in today’s market, we need to be able to put some of our funding into advertising, digital marketing, and fundraising. These costs aim to expand our funding, not take away from it. At Concern, we use analytics, internal and external expertise, and market research to smartly invest the funding allocated for these purposes. When this goes right, the €100 put towards boosting a post on Facebook can result in €1,000 of donations. As Dan Pallotta explains in his TEDtalk, the percentage of donations that go towards administrative costs don’t take away from the cause — they are part of the cause.

3. Myth: International humanitarian and development charities do more harm than good in the countries where they work

Again, there’s a grain of truth in here: The model of international aid as we know it today originally came out of missionary organisations who went into colonies in Africa and Asia and offered assistance tied to a larger agenda and/or without fully understanding the communities and cultures in which they were working. Tragically, we still see headlines along these lines today. However, many nonprofits — Concern included — now operate in-country with a different MO, prioritising local and indigenous knowledge, working in partnership with local organisations, and engaging communities to be the architects of the solutions they need in order to break the cycle of poverty. Our staff in the countries where we offer programming often grew up in the communities they now serve, while also bringing backgrounds and expertise in topics like agriculture, climate change, and maternal and child health. We also evaluate our projects and programmes continuously to ensure that the goals we have for each initiative are being met in a way that can be quantified and qualified.

Habitat for Humanity and Concern teams in Haiti distribute essential hygiene kits to families whose homes and belongings were destroyed or badly damaged in the Haiti Earthquake. Photo: Isabelle Vasquez/Habitat for Humanity
Caustasie Kisoke Mukala, 61, and her grandchildren Gloria, 4, and Emmanuel, 1 year 8 months old, in Kiambi, Manono Territory. Kisoke’s husband died 4-5 years ago in a tribal war, her daughter in law also passed away, meaning Kisoke has taken responsibility for raising her grandchildren alone. Providing for the children, Gloria and Emmanuel, is a struggle, as life in Kiambi is tough. Photo: Tshoper Kabambi/Concern Worldwide

4. Fact: Many of the people working to end poverty dedicate their educations and lives to this cause

There are now hundreds of programmes that nonprofit professionals can undertake at undergraduate and graduate levels to gain expertise in the sector and subsequently put that expertise to use over a decades-long career in addressing the complex humanitarian crises that shape our modern world. University College Dublin, for example, has offered a MSc in Humanitarian Action since 1993, in consortium with NOHA (Network on Humanitarian Action) Universities and in close collaboration with European Civil Protection and Humanitarian Aid Operations (ECHO). Concern also offers continuing education in the form of the National NGO Program on Humanitarian Leadership (NNPHL), which we launched in 2016 with The Harvard Humanitarian Initiative and International Medical Corps.

5. Myth: Charities should be apolitical

For an organisation working to end extreme poverty, remaining un-opinionated or apolitical is an impossibility. That doesn’t mean that we will throw our hat into the ring on every topic, or align with a certain political agenda. It does mean, however, that we recognise the role that politics at the local, national, and international level play in both maintaining poverty and, ultimately, ending it.

6. Fact: Ending poverty will require us to challenge norms and lobby for political change

Conflict is one of the leading causes of hunger and poverty. No solution to these twin problems will be complete without political action to maintain stability when a ceasefire is reached. Likewise, issues like gender equality — which have become politicised over the years — are equally non-negotiable when it comes to sustainably breaking down the systemic barriers towards everyone having the ability to live with economic independence and financial stability. Concern works at both the community and collective level with regards to advocacy and equity. While we respect local traditions, that doesn’t mean that we don’t challenge discriminatory beliefs in the communities we serve. Programmes like our Graduation model have gender equality training built into the process. Likewise, we have a dedicated team of advocacy professionals who speak to governments in Ireland, the United States and United Kingdom about the work we do and the need for higher-income countries to invest in proven solutions to assist lower-income countries.

It’s not that we set out to fail in our work, but not every solution we propose for a given challenge will be 100% a success. In the evaluations we conduct of projects developed and led by Concern, our work can sometimes fall short of the initial hypothesis or goal. This doesn’t mean we’re harming the people we work with, we just might not see the change in their situations that we expected when compared to people who didn’t participate in the project. It also doesn’t mean that we go into projects without robust research, data and expert guidance. We always do. It just means that sometimes, an approach will work well in one community or country, but cultural differences — or simply individual attitudes — are such that this success isn’t replicated when we try it out in another region.

8. Fact: We need to experiment — even fail — in order to end poverty

We aren’t going to be able to make real progress towards ending poverty if we don’t have room to experiment and break with tradition. Failure is never the goal, but there are always learnings along the way. In the late 1990s, the traditional centre-based approach to treating childhood malnutrition was, at the time, the best option we had — but it still wasn’t working. Concern co-developed what was, at the time, a revolutionary and controversial alternative with what we now know as CMAM (Community Management of Acute Malnutrition). This was a bold experiment, one that was supported early on by Malawi’s Ministry of Health along with several other partners, but CMAM is now recognised as the gold standard in malnutrition treatment and has saved the lives of millions.

9: Myth: Charities are highly competitive with one another, and NGOs work independently from governments

We may all be vying for the same donations, but more often than not, charities and NGOs are partners in the work that we do. For example, with CMAM, Concern initially partnered with Dr Steve Collins and his humanitarian research organisation Valid to design a solution to the traditional model. In addition to other operational partnerships such as UNICEF, the success of CMAM was largely dependent on funding from IrishAid and USAID as well as partnerships with several national ministries of health. While NGOs officially operate independently of any government, the efficacy of our work relies on our solutions being sustainable and scalable. This is why we often engage with ministries of health and education (to name just two examples) when piloting new programmes and solutions. In some cases, solutions that were initially developed within Concern, such as Chipatala cha pa Foni — a hotline and text messaging service for pregnant women and families of babies and young children in Malawi — have now been taken over by governments in order to be more widely available. 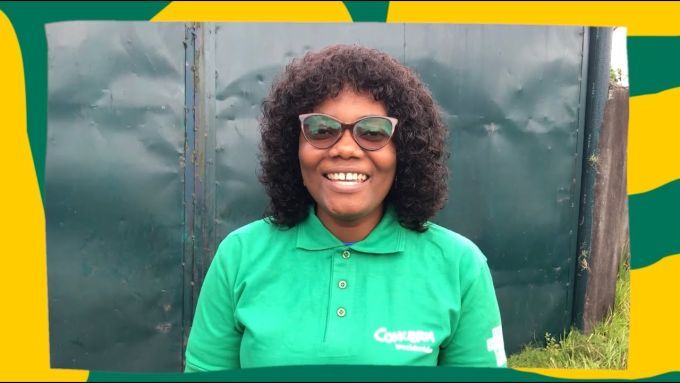 10. Myth: My donation either doesn’t do enough to end poverty, or those living in poverty only need a few pennies a day to change their lives

Paradoxically, we’ve heard both. And yet both are two of the most popular charity myths. Understandably, it’s sometimes hard to think that your individual donation may affect change at the scale of setting a new standard or creating a new government service. But the solutions to poverty run both ways. A multi-million-euro investment can, over years if not decades, create a new system for managing a chronic issue like childhood malnutrition or school-related gender-based violence. But even a few euros can go towards a solution like delivering a course of CMAM treatment to a young child or purchasing books for a classroom. We need both to succeed in ending poverty.

That said, we’ve seen the ads that suggest people living in extreme poverty only need a few pennies a day in order to thrive. (So many, in fact, that we’ve also seen parodies of those ads…) Obviously, we need more than that to create lasting change. However, individual donations, even when breaking down to pennies a day, add up together. Combined with larger funding from grants and major donors, and we can work with people to effectively raise their average income.

Find out more about what we do

Concern Worldwide is supporting over 400 children, aged under-five, who are among the 4,000 people directly affected by yesterday’s blaze in the refugee camp in Cox’s Bazar..
Press release
14 December 2021

Concern responds to needs of 32,000 left homeless by flooding in South Sudan

Concern Worldwide has launched an enhanced emergency response in South Sudan after hundreds of thousands of people were forced from their homes by the worst floods in almost 60 years.

Concern Worldwide is supporting over 400 children, aged under-five, who are among the 4,000 people directly affected by yesterday’s blaze in the refugee camp in Cox’s Bazar..
Press release
14 December 2021

Concern responds to needs of 32,000 left homeless by flooding in South Sudan

Concern Worldwide has launched an enhanced emergency response in South Sudan after hundreds of thousands of people were forced from their homes by the worst floods in almost 60 years.