After being selected as a charity partner in this year's IAPI Cannes Young Lions film competition, we are delighted to be able to share our latest 'One Step' advertising campaign.

Every year, The Institute of Advertising Practitioners in Ireland (IAPI) runs the Cannes Young Lions competition, a competition aimed at fostering and promoting young creative talent in Ireland. There are six categories in total for young creatives working in the advertising industry to enter (print, digital, film, media, PR and young marketers) and this year, Concern was fortunate enough to be selected for the film category.

The brief we assigned was simple – help us cut through and connect with a new and younger audience. The winning script came from two young creatives; Kieran O'Driscoll and Eric Gasparro from the award-winning ad agency Guns or Knives who then went on to represent Ireland in the Cannes Lions International Festival of Creativity.

Kieran and Eric's script was brought to life by the talented production company Pull The Trigger and shows popular YouTube sneaker reviewer Seth Fowler giving a review of what looks to be an ordinary pair of sneakers.

During Seth’s review however, the camera dramatically cuts to a scene depicting a young Concern aid worker responding to the aftermath of an earthquake in Nepal while wearing said sneakers.

The campaign’s overall message is that ‘life isn’t about having the freshest sneakers but the steps we take in them’ and aims to highlight that just one small gesture can make a huge difference in the world’s most vulnerable countries. 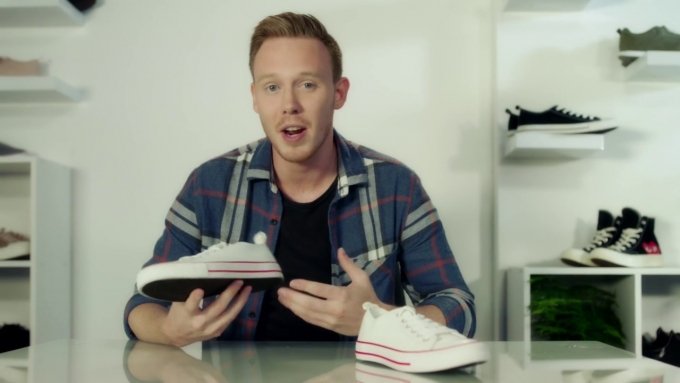 The ad was filmed in a quarry in Co. Wicklow and transformed to recreate the aftermath of an earthquake in Nepal. Freelance documentary filmmaker Joseph von Meding takes us behind the scenes and also giving more insight to the competition and what it means to so many people. 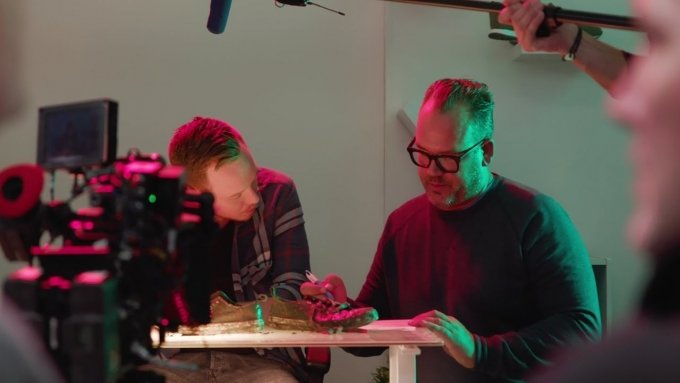 One Step advert: behind the scenes

To mark the ads launch, a special screening was held at the Light House Cinema in Smithfield, Dublin on Thursday 18 October with a muddy red carpet to greet audience members.

Thanks to the generosity of cinema advertisers Wide Eye Media, the ad will run in 73 cinemas over the next six weeks along with 6-sheets and innovative digi-screens displayed in cinemas. It's estimated to be seen by 889,000 people in cinemas nationwide. This includes 25% all adults living in Ireland, 38% of all those aged between 15 and 34 years old and 43% of those aged between 15 and 24 years old.

'One Step' cinema launch and all the competitions sponsors at the Lighthouse cinema. Photo: Cian Purcell-Milton, Dublin, 2018.

To help support the campaign online, Concern is shining a light on our field staff (who feature in the ad for a split-second) by sharing their stories on our Instagram channel. These stories intend on showing our audience what it's like to walk in the shoes of a typical member of our staff, even just for one day.

None of this would have been possible without the hard-work and commitment from sponsors such as Wide Eye Media and Pull The Trigger. Concern's Director of Communications; Sarah Martin says it best;

This has been an incredible opportunity for Concern and we couldn’t be more thankful to all involved for the stellar work that they have put into making this ad over the past number of months. Our goal at Concern is to reach the most vulnerable in our shared world and we are very excited that this creative concept will help us to cut through the noise and bring our message to a brand new audience."

Please help us to continue combatting extreme poverty by donating whatever amount you can afford.