Meet the author of Concern’s new book, Someone Like Me 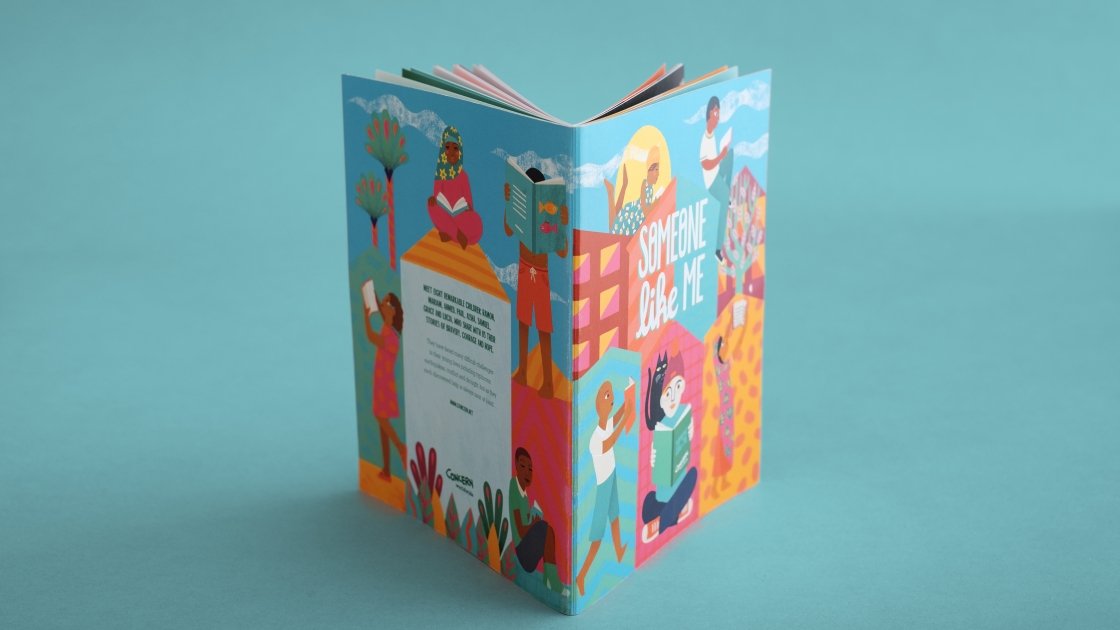 Someone Like Me cover is illustrated by London-based artist Margaux Carpentier. Photo: Finn Richards/Concern Worldwide.
News31 May 2016Fionnagh Nally

Someone Like Me is a new children’s book from Concern, which explores diversity through the stories of eight remarkable children from eight different countries.

The book’s author, Fionnagh Nally, discusses the inspiration behind the book and shares her thoughts on why the book is important for Irish children.

The inspiration behind the book

Someone Like Me explores the lives of children affected by war, natural disaster and extreme poverty, with the aim of introducing children in Ireland to concepts of development in a way they can understand. I wanted to write this book so that Irish children could learn about global issues and Concern’s work overseas. I wanted the information to be presented in a way that was accessible to children and I thought that packaging this information in story form would help children relate to it better. We all respond to stories – they help us empathise with others. 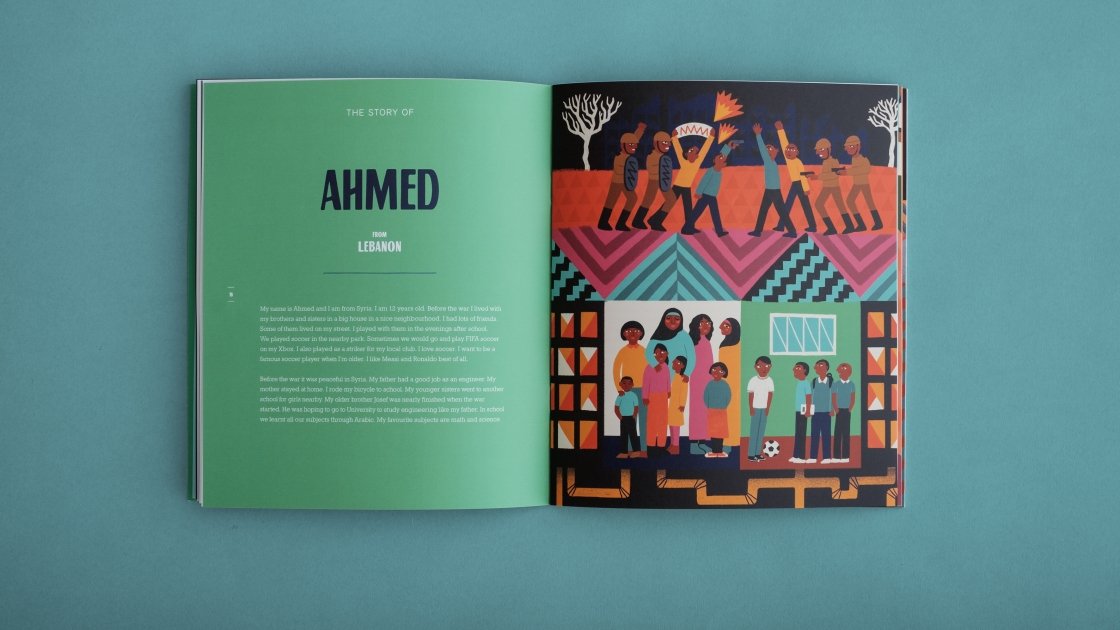 Someone Like Me features the story of Ahmed, a Syrian refugee living in Turkey. The book was written by Fionnagh Nally. Photo: Finn Richards/Concern Worldwide.

Each of the stories in the book are based on real-life case studies and a number of the characters are based on people that I met myself. The story of Ahmed, for example, is based on a number of children and young people I met when I travelled to a Concern programme in Turkey last summer. Concern works with Syrian refugees in Turkey and I spoke to families and children who have been affected by the ongoing war in Syria.

When I spoke to young refugee children, I was struck by the many similarities that they shared with children and young people here in Ireland. Their lives revolved around friends and family. They went to school. They played computer games. They played football and admired players like Ronaldo and Messi. They had gone through unimaginable upheaval and trauma in their young lives, something that any of us would struggle to cope with, even as adults. 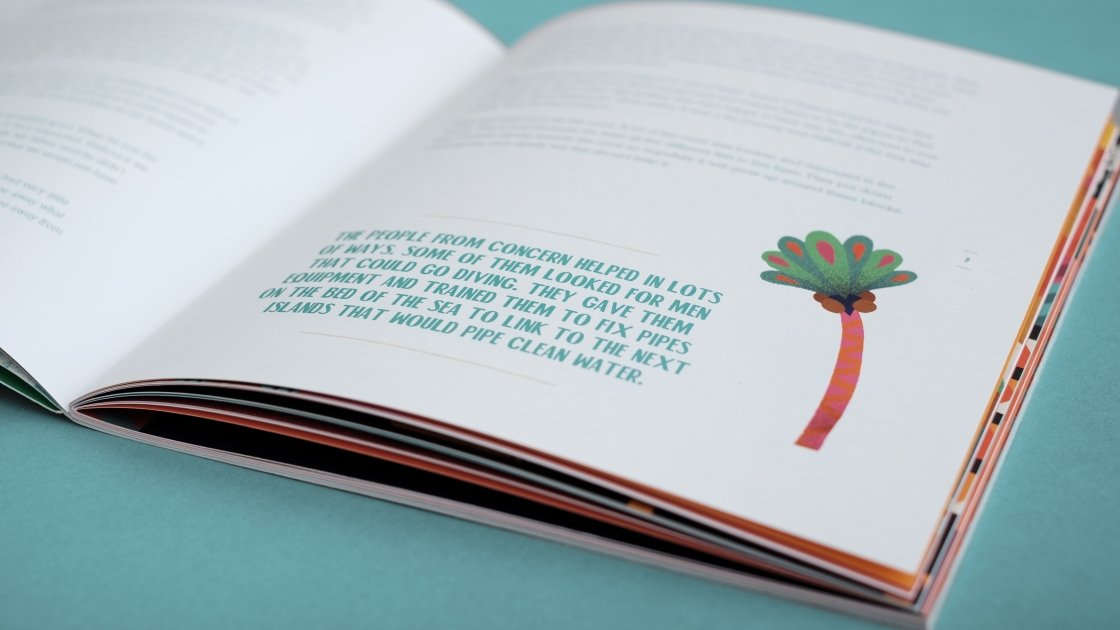 Someone Like Me featured the stories of eight remarkable children from eight different countries. Photo: Finn Richards/Concern Worldwide.

It struck me that children everywhere have so much in common. Beyond basic material needs, they want love and security. They want to be able to play and develop. I think anyone who has children or works with children will recognise that all you want to provide for a child is safety, love and opportunities for their future. In a sense, that is the greatest tragedy of Syrian crisis – the uncertain future of these young children. 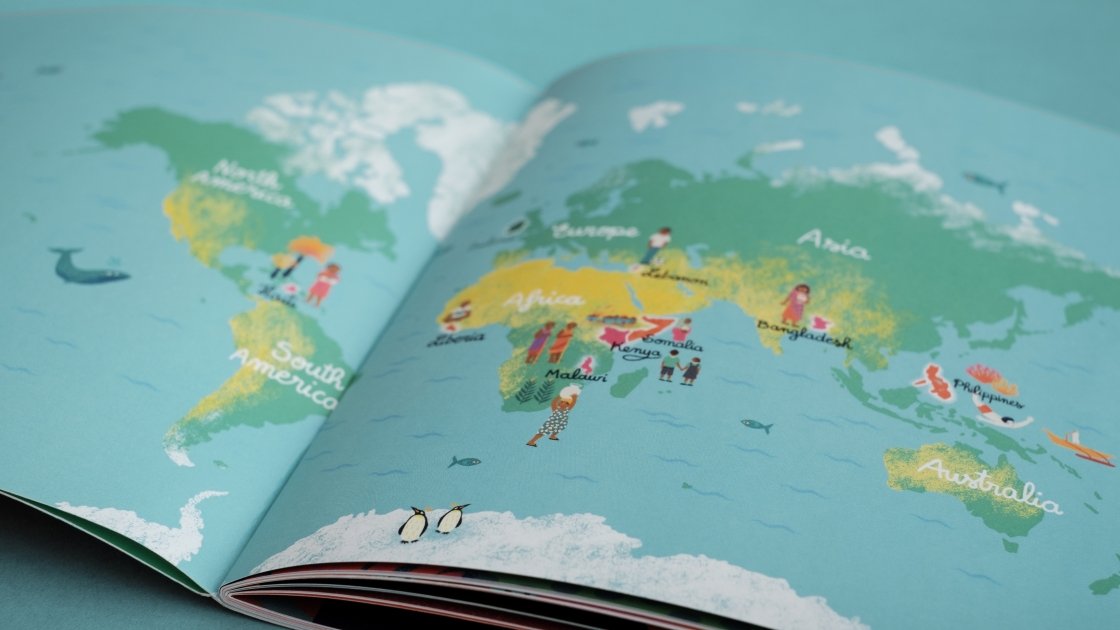 Someone Like Me featured the stories of children from all around the world. Photo: Finn Richards/Concern Worldwide.

It is important that we help young people to think beyond their own experiences and to understand the wider world around them. We should not overwhelm children with big global issues, but more so instil them with a sense of empathy. We need to start thinking, as adults, about how we are using language because children take their cues from us. If we were to start speaking about people as 'our global neighbours', it would most definitely change a child’s perspective of the world around them.

Someone Like Me is written by Fionnagh Nally, illustrated by London-based artist Margaux Carpentier and designed by Red Dog. The book is priced at €10, including postal and package, and is available to pre-order from resources@concern.net or 01 417 7733.