It is beyond hot in the bamboo and plastic shelter that clings to a muddy hillside near the entrance to Hakim Para camp. The roof is a sheet of black plastic, which effectively acts as a heat sink, and the temperature inside must be over 40 degrees. A small cooking fire smoulders in the corner and the sound of rainfall is steady and loud.

These are definitely not ideal living conditions, but for Shaju* it’s paradise. “Here I have peace,” she says.

Shaju* is one of well over half a million Rohingya Muslims who have fled persecution in Myanmar, the vast majority of them coming in the past month. They are crowded into a number of temporary settlements along a coastal peninsula on the eastern side of the Bay of Bengal, in Bangladesh. Their home country is just a few short miles away and, until a few days ago, smoke from their burning villages could be seen on the horizon.

One tragedy after another

Almost everyone I meet has a harrowing story – many of them truly horrific. 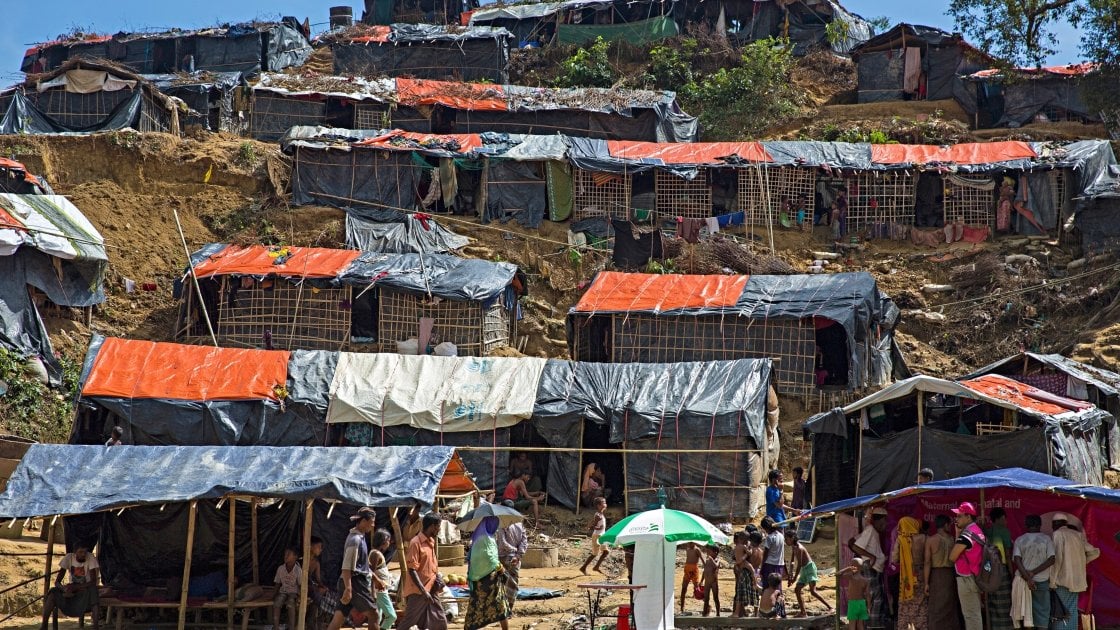 “All of our homes were burnt,” according to Rama*, who came here with her extended family of eighteen people. 24 year old Amir* walks up to us, limping slowly, his right calve wrapped in a dirty bandage. “I was inside my home when they came,” he says, referring to soldiers. “They killed my young son and daughter. I was shot.” He speaks in a quiet and matter-of-fact tone. Like so many here, he is obviously traumatized. It emerges that his parents are also dead and he has been unable to locate his wife.

The authorities and agencies tasked with responding to this enormous refugee crisis appear to have managed well so far – but the task is huge. There is only one narrow, traffic-clogged main road accessing the camps, the side lanes clogged with mud and thronged with people. Basic food distributions are under way, simple tube wells have been sunk, and clean water is being trucked in.

A watchful eye on the vulnerable

“We know from experience that the potential for a humanitarian catastrophe is very real,” according to Concern’s Head of Emergency Operations, Ros O’Sullivan. “With this many people in such confined conditions, the threat of disease is high. And the cyclone season is approaching rapidly, leaving these makeshift shelters extremely vulnerable.” 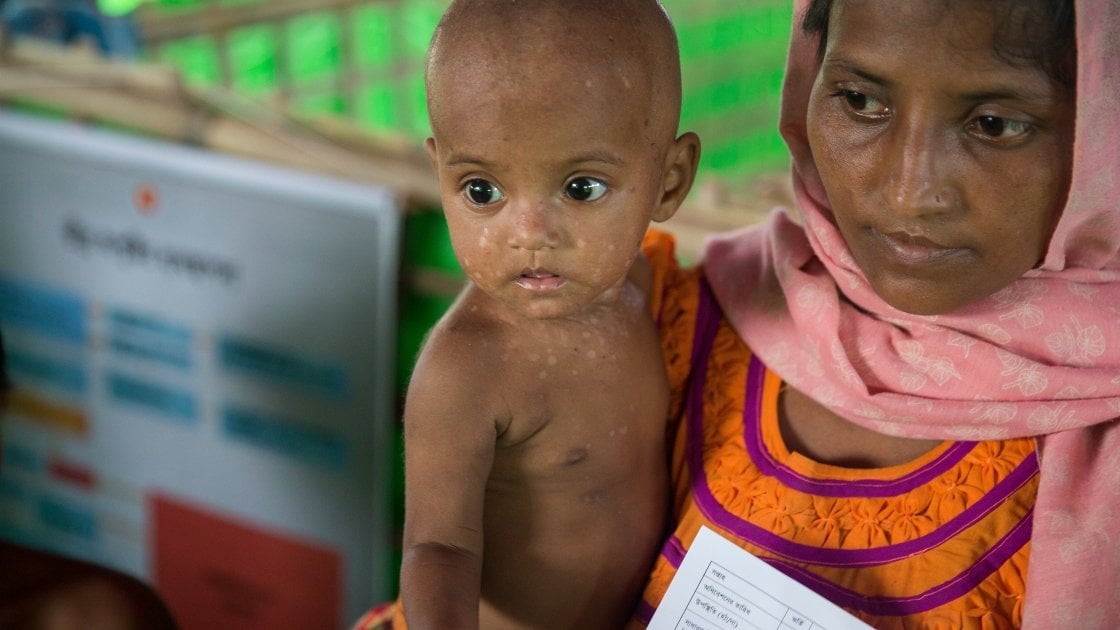 Nutrition Advisor, Asfia Azim, says there’s a less obvious but almost greater threat. “Twenty per cent of the refugees are under the age of five, and we’re already seeing really high rates of malnutrition in some of the camps. A handful of rice a day is just not enough for a young child - they need nutrients.” Concern has established an outpatient therapeutic (OTP) programme – basically a set of emergency nutrition centres, where children can be screened and parents supplied with sachets of peanut paste to feed them.

Picking up the pieces

Sadly, many young children here no longer have parents. One-year-old Shofika* wriggles in her “Dadi’s” arms, the grandmother sombre and stricken. “My son and daughter-in-law were murdered,” Laila* tells us. She is now Shofika’s new Mom. Stories of orphaned children abound.

Back up the hill, Shaju nurses baby Noor under her headscarf and stares out the doorway to the distant hills of Myanmar. The little girl was born right here, yesterday. “I have nothing to go back to – everything was burnt,” she states. “My daughter will grow up in Bangladesh.” 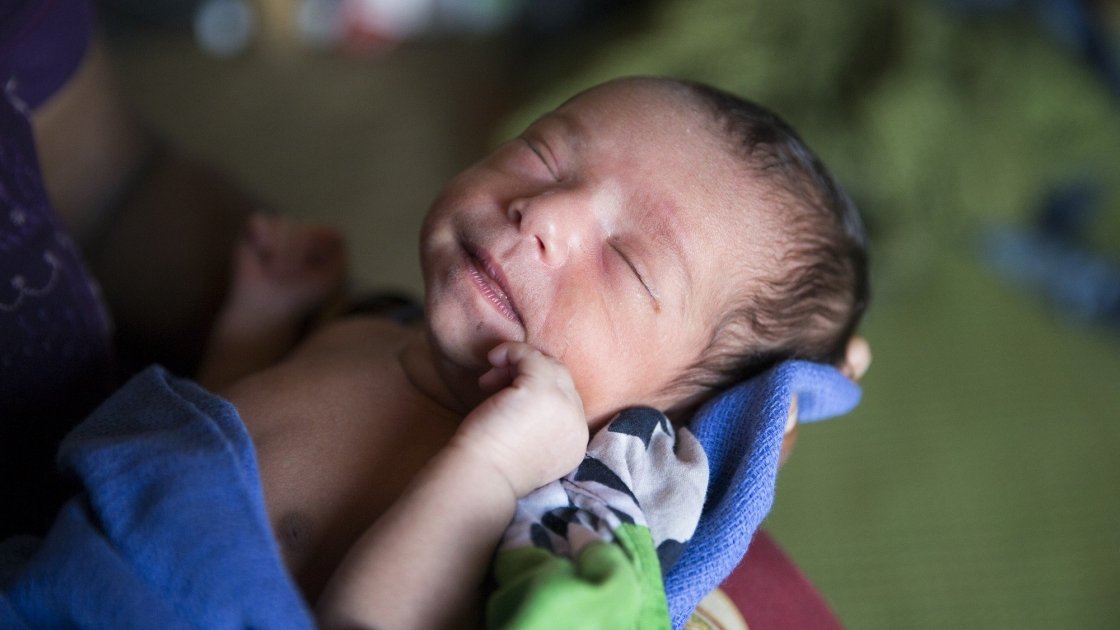 Concern Worldwide has worked in Bangladesh since 1972 and has mobilized an emergency team to work with the Rohingya refugees in Cox’s Bazar. They will be concentrating on nutrition, distribution of food and household items, and water and sanitation. 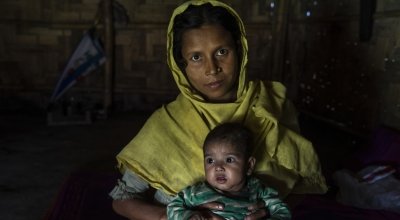 Today marks three years since the Rohingya people fled violence and persecution in Rakhine State in Myanmar. An estimated 730,000 refugees have crossed into Cox’s Bazar in Bangladesh to find safety and security. While the majority of Rohingya people wish to go return to their villages once safe to do so, there has been little progress in establishing a basis for their return. 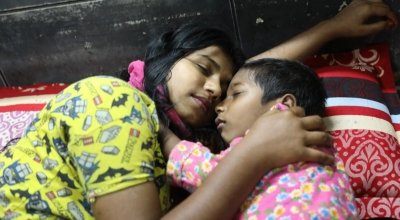 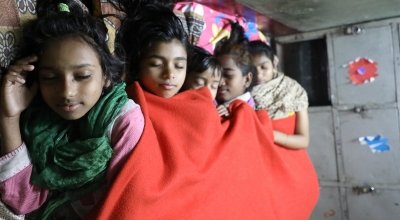 Millions of women face violence and uncertainty on the streets of Bangladesh but an innovative programme aimed at the homeless is creating hope and dreams for the future.