Shocking and inspiring: stories from the COP21 climate summit

Tension is rising at the COP21 climate talks in Paris, which end this week. Concern’s Alexander Carnwath has been there throughout, arguing for a strong deal that protects the world’s poorest people.

This has been a week that began with cautious optimism around prospects for an ambitious climate agreement and will end with... well, let's see.

As COP 21 enters its final stages, there’s a growing sense of tension in the cavernous halls of the negotiations centre and still everything to play for. In the words of UN Framework Convention on Climate Change head Christina Figueres:

Every single part of the text is still open. Now it needs to move in the direction of balance.

This will be easier said than done. Achieving the balance that is needed in the text to ensure all 195 countries are willing to commit will be no easy task.

There are still big question marks around some of the key elements of the negotiations. Will we see a truly ambitious deal on reducing carbon emissions that would require countries to reassess and increase carbon cuts on a regular basis? Will developed countries agree to sufficient finance to help poorer countries build their resilience to the impacts of climate change?

The latest draft text which emerged earlier today is still littered with phrases in brackets. These contain what Christina Figueres called, with considerable understatement, the “knotty issues”. Now time is running out to resolve them.

What happens in the negotiating rooms is of course only part of the story of COP21. Over the past ten days, thousands of people from every part of the world and working on all areas of climate change have met in Paris and shared ideas in a spirit of positivity.

There has been much to inspire. I met a group of Africans who cycled 7148km across their continent to campaign for climate justice. I have seen some fantastic demonstrations on gender rights, a crucial consideration as women are often worst affected by climate disasters due to their gender. During one presentation I tucked into insect macaroons and creepy crawly chocolates, a green and ingenious protein source (and a tasty alternative to meat).

There has also been plenty to shock. Deng Yai, the South Sudanese Minister of the Environment, told me of recent flash floods in his country which left communities living on a disused railway line after their homes on lower ground had been washed away. Thousands of similar stories have been shared over the past two weeks, about the effects climate change is already having in the poorest parts of the world. Disasters like these are expected to get more frequent and serious.

So, in the final push for a strong outcome, ministers and negotiators must keep in mind both sides of the climate change story - the inspiring and the shocking. The Paris deal must support and reinforce the inspiring work that is taking place to address climate change across the world. It must also address the shocking impacts of climate disasters, claiming lives and destroying livelihoods. COP 21 provides a unique opportunity to drive the action that is needed. Let’s hope that by the end of the week the opportunity has been taken. 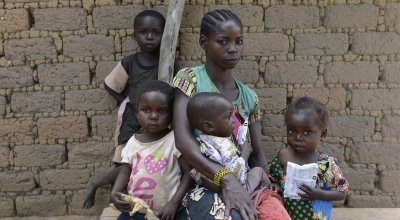 Progress made since 2000 in reducing hunger on a global scale has been uneven, according to the 2019 Global Hunger Index (GHI) published today. 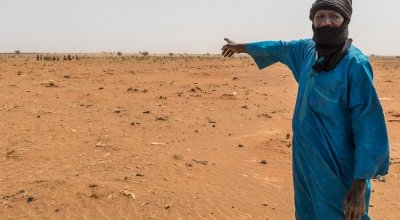 On March 13 we're asking you to Go Green to support communities who are affected by climate change. Here's how your help could make a difference. 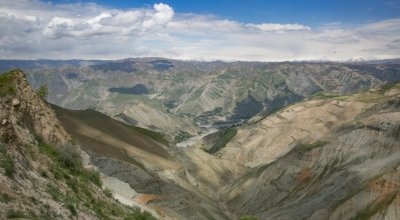 When mountains fall: how Afghans are dealing with climate change

Vast areas of northern Afghanistan are on the move — literally. As the glaciers of the Hindu Kush begin to disappear and the mountain snows melt faster and earlier, the people below are facing a major crisis.