A Syrian refugee in Lebanon points to the Syrian border and his home town in the distance. Photo: Kieran McConville / Concern Worldwide.
News11 March 2016Sadhbh Goodhue

The Syrian conflict is now five years old, and with no end in sight, we assess the growing humanitarian crisis in the region.

Nadim stands on a hill in northern Lebanon pointing towards Syria – his homeland – only a few short miles away. “Over there is where I’m from – my home town,” he says with emphasis.

Like so many other refugees who have been displaced by the war in Syria, Nadim longs to go home. Concern’s Maria Nader works with Syrian refugees in Lebanon. “They dream of going back to their land,” she tells us. “Even if they don’t have a home, they’ll make a tent and live there in their country – that’s their dream.”

But with the war entering its sixth year, and no end in sight, it’s unlikely this dream will become a reality any time soon, and the stories emerging from Syria continue to portray the horror and immense suffering being endured as a commonplace in Syria today. 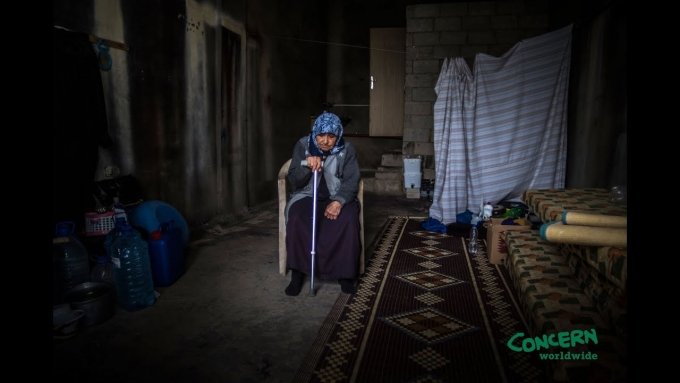 The cost of conflict

Over the last five years, life within Syria has become a living nightmare for the Syrian populace. The infrastructure of civilised, functioning society has been largely destroyed by the war. Schools, hospitals, and water and electricity supplies have been decimated – and an entire population thrown into poverty. Many Syrian children have been out of school since the start of the conflict. The impact of this is staggering as an entire generation is at risk of not having a basic education or the skills to succeed later in life.

Over a quarter of a million people have lost their lives. Over 13.5 million have had to leave their homes: 6.5 million people have been displaced within Syria; another 4.6 million have fled the country as refugees – mostly to neighbouring countries like Lebanon, Turkey, Iraq, Jordan and Egypt – prompting the worst refugee crisis the world has faced since World War Two. And the number of refugees will continue to grow until the war is brought to an end.

Of course the only solution to all of this is an immediate and complete cessation of violence and an end to the war. But in the meantime, the international community needs to respond to the critical humanitarian crisis unfolding in the region.

The number of people in need of humanitarian assistance as a result of the conflict has risen significantly over the last five years. Yet, the UN’s Syria Humanitarian Response Plan is still underfunded.

Organisations working with Syrians are struggling to meet even their most basic needs, and this is having devastating consequences for people on the ground, who have had food rations cut or assistance withdrawn. More and more refugees are exhausting their financial reserves and sinking deeper into debt, forcing them to accept exploitative work, driving impoverished parents to send their children into questionable child labour, forcing desperate women and girls into early marriage, and leading men, women and children to return to Syria, at great risk to their lives.

Concern is currently addressing the needs of approximately 400,000 people both inside Syria and in the neighbouring countries of Lebanon and Turkey. We are providing food and clean water, shelter, hygiene items, mattresses, blankets and plastic sheeting. We are helping men, women, girls and boys cope with trauma through psycho-social support in our education programmes and in participatory, community-based protection programmes. We are also rehabilitating water and sanitation systems to provide access to safe and clean drinking water and to prevent the spread of disease. But so much more needs to be done – and we expect these needs to grow as the conflict continues. 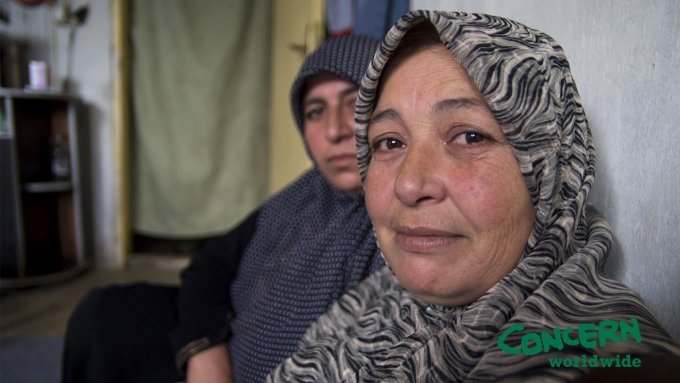 Stay up to date with all our latest news as we work to end extreme poverty, whatever it takes.

Spotlight on women in leadership: An interview with our Country Director in Türkiye

Spotlight on women in leadership: An interview with our Country Director in Türkiye