The destruction of Aleppo: political games must end 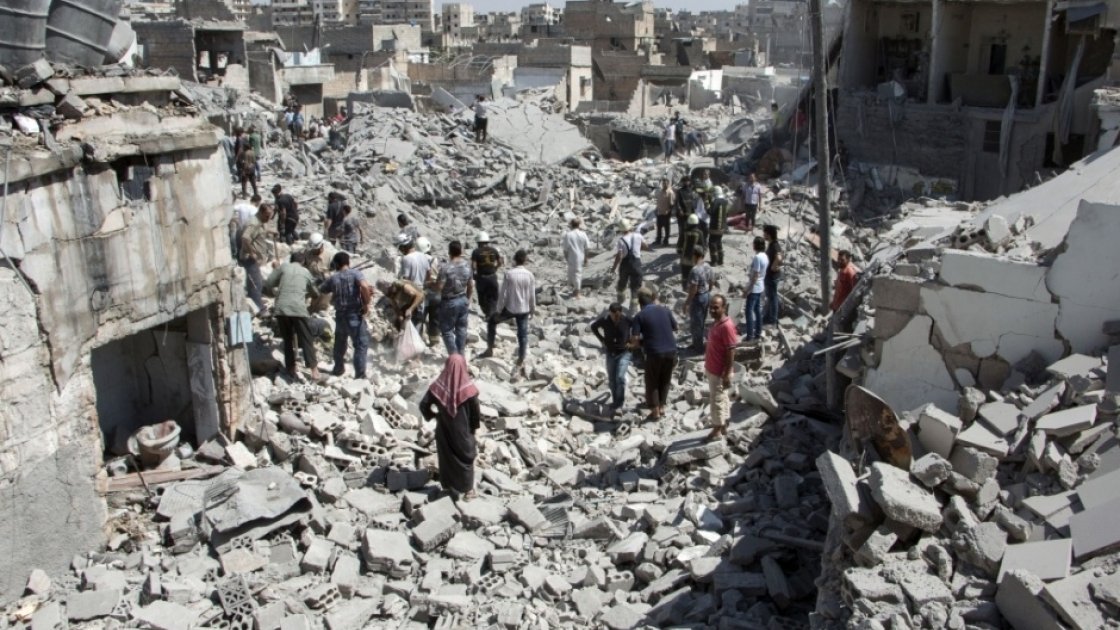 Another desperate image from Syria horrified people around the world last week. It showed five year old Omran Daqneesh, shocked and bloodied in the back of an ambulance.

He miraculously survived an airstrike on his house, though his brother Ali died in the same attack. Like so many of us, I was moved by the picture and thankful that my own children don’t have to live through this horror. But the sad reality is that these attacks are a daily, if not hourly, occurrence in Aleppo, as the photographer who took the picture explained in his tweet:

As someone working for an organisation that helps Syrian refugees and those still inside the country, I often ask myself what more can be done for children like Omran, by us and our governments. Thankfully Concern has been able to respond in Syria due to the generosity of the Irish people and the Irish government. We are providing emergency relief on the ground in Syria, as well as supporting thousands of refugees who have fled to neighbouring Lebanonand Turkey.

But the real issue is stopping the fighting. In recent days, we have heard encouraging news about a potential ceasefire. The Irish government must do everything in its power to ensure this happens, and is followed by a permanent ceasefire in the city and across Syria. Beyond the urgent goal of getting food and medicine into Aleppo, Ireland, the EU and the wider international community must work to bring about a peaceful settlement to five years of war. The death, destruction and loss of life within the region and far beyond must spur Governments to ever more determined action. This is a humanitarian catastrophe and solving it is the moral challenge of our time.

Aleppo has become the ‘apex of horror’, in the words of one UN chief. Fighting has become worse in the past weeks, with hundreds of people killed and untold numbers injured. Hospitals have been targeted by airstrikes, killing nurses, doctors and patients. No international aid has entered eastern Aleppo for at least six weeks, threatening starvation and disease. The unfolding catastrophe in Aleppo has drawn comparisons with the massacre in Srebrenica which was allowed to happen by a lack of action from the international community.

The horror in Srebrenica at least led to international efforts to end the conflict. But tragically, the self-interested political games of Russia, the US, Iran, Turkey and Saudi Arabia are stopping this happening in Syria. If these countries keep putting their own interests first, the war on the ground will continue. And it is ordinary children like Omran who will continue to face the bombs, bullets and blockades.

While it can feel hopeless, it is important that all of us, wherever we are, show we will not accept the triumph of manmade horror over humanity. As Concern’s director for the region, Brid Kennedy, noted recently, “If there is a commitment at the most senior levels globally, there can be peace”.

We call on the Irish Government to continue to do all in its power to push for this peace and end the horror.

What can I do?

There are ways to channel the outrage we feel when confronted by these images of extreme suffering of children. Brid says there are three simple things that we can do:

Approach your local TDs – let them know you want Ireland to work for peace in Syria and ask them to follow up with the Minister for Foreign Affairs, Charlie Flanagan TD.

Reach out and welcome refugees who come into your communities.  Show them the warmth and welcome for which we are so well known the world over.

Donate to humanitarian agencies, like Concern, who are working in the country and with refugees.

Please help our work with Syrian refugee children in Turkey.