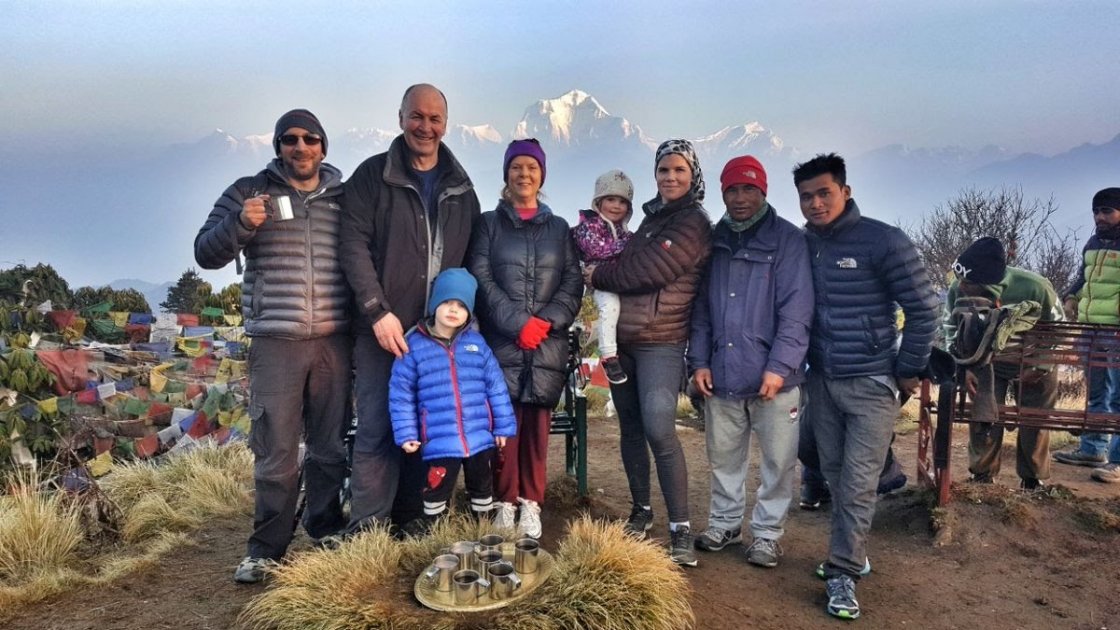 In the run up to World Humanitarian Day, Concern Worldwide's Country Director in Nepal, Eileen Morrow, took over the @Ireland Twitter account. Here's what we learned.

The @Ireland Twitter channel has more than 70k followers and is a well known account among the Irish community at home and abroad. Started in March 2012, @Ireland is based around the idea that a single voice cannot represent a country.

A new person moderates the account every week and strikes up their own unique conversations with a large and engaged audience.

For the last few days, Eileen has shared fascinating insights into family life and working life in in Nepal's capital, Kathmandu.

The weather and wildlife

In Nepal, monsoon season usually hits between June to August. During this time, the weather is usually hot and wet. It rains nearly everyday with occasional thunderstorms in the evening.

"The rain is pretty extreme in monsoon season, but the weather in Nepal is generally quite dramatic," Eileen tweeted on Thursday.

"We got caught in a hailstorm on a recent family trip in Chitwan National Park."

Eileen also tweeted a picture of one massive hailstone that hit her knuckles while she was protecting her head.

Morning all! Here’s a picture of the sunrise over Fishtail in the Annapurna range. Three generations of my family stood watching the sun come up and it was spectacular. What are your most memorable sunrises? pic.twitter.com/yHdI8L5Zfi

When it comes to the country's wildlife, you never know what you're going to see when you look out the window.

And the country's natural flora has some rather impressive party pieces.

Trek to those in need

Monsoon floods and general wet weather mean that it's even more difficult to help those in isolated areas who are most in need.

"It also means hours of trekking to visit project areas."

Despite the added difficulty, Eileen sees the best in it.

"People really make you feel welcomed for making the effort to visit them," she said.

When I’m visiting projects in remote areas, I get to stay with the community in homestays. This is probably the best bit of the job. Breakfast can be a real treat, my favourite one was a milled sweet dry porridge in Gorkha prepared on the spot by my lovely hostess. pic.twitter.com/ZJV01munDS

It's normal for people who leave Ireland to crave Irish food while away. Eileen is no different.

"We miss Irish dairy products more than anything else over here. Ireland’s fresh milk, butter and yogurt just can’t be beaten," she tweeted on Tuesday.

"We got super excited when we found this in the shop one day."

I AM SO JEALOUS! My lovely boss brought me 2 big bags of Kettle Crisps out on Monday and they were gone within hours!

Of course, being Irish abroad wouldn't be the same without the occasional care package. This one came from Eileen's mother, all the way from Dublin.

As you can probably imagine, emergency response can be a stressful time with long hours, multiple logistics challenges. Keeping spirits up & the team healthy & well-fed is critical, although sometimes the menu options aren’t great. (Head boiled -food or a state of being?!) pic.twitter.com/IgjwZPQojg

How donations are spent

On Thursday, Eileen gave a step-by-step guide highlighting how donations are spent and what steps are taken when a disaster hits.

After more than three years in Nepal, Concern Worldwide will be winding down operations in the coming days and handing the reigns over to local partners. This means a busy few days for Eileen, as she not only begins to move back to Ireland, but bids farewell to her colleagues and friends.

"As we’re coming to the end our three year commitment, the majority of my work is focused on finishing up projects, packing up the office and saying goodbye," Eileen said.

"It’s going to be hard to say goodbye, there’ve been so many magical moments."

As we’re coming to the end our three year commitment, the majority of my work is focused on finishing up projects, packing up the office and saying goodbye. pic.twitter.com/O0A9x7PGAD