Concern Worldwide is today remembering aid workers killed and injured while helping vulnerable communities as it marks World Humanitarian Day – including staff that the Irish organisation has lost.

The Irish aid agency, which works in 26 countries, said aid workers deserve assurances that they will not become targets as they try to help the world’s poorest and often in countries where conflict is prevalent.

Aid workers continue every day to operate in some of the most difficult and inhumane situations in the world.

They deserve assurance to the greatest extent possible that they will not become targets.

Increasingly, warring parties’ respect for the protection of aid workers is being ignored, as made appallingly evident last week when six Red Cross volunteers were killed in Central African Republic.

The latest Aid Worker Security Report shows that 109 aid workers were killed in the course of their work in 2015, which is more than double the number of staff killed ten years earlier in 2005 – and this is extremely worrying.”

Concern Worldwide said the safety and security of its staff is of paramount importance and that it invests heavily in comprehensive security training.
Mr MacSorley added:

“Concern has lost staff and staff have lost family members in a number of tragic incidents.

Dr. Du’ale Mohammed Adam was one such man. His story is particularly devastating. In June of last year, Dr. Mohammed and the rest of his team were preparing to scale-up operations as successive rain failures across Somalia were building up to the largest drought the country had seen in years.

Dr. Adam was killed when a bomb exploded outside the busy Mogadishu hotel he was parked in front of.

He was just 33 years of age, married and had five children. Somalia lost one of its few doctors that sad day and we lost a friend, colleague and a truly courageous humanitarian.”

Concern fully endorses the UN's #NotATarget campaign as a reminder of the need to address the high level of violence against aid workers.

For more information or interview requests, please call Kevin Jenkinson at 086 358 2886 or by email: kevin.jenkinson@concern.net. 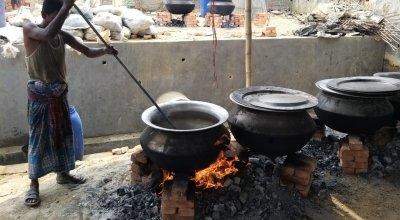