According to the Food and Agriculture Organization of the United Nations (FAO), this infestation of desert locusts is the worst infestation that Kenya has experienced in 70 years and the worst to strike Ethiopia and Somalia in 25 years.

The desert locust is considered the most destructive migratory pest in the world and a small swarm covering one square kilometre can eat the same amount of food in one day as 35,000 people. There are currently reports in Kenya of swarms measuring 60 kilometres by 40 kilometres devastating communities.

This 2017 clip from Planet Earth perfectly demonstrates their destructive capabilities. 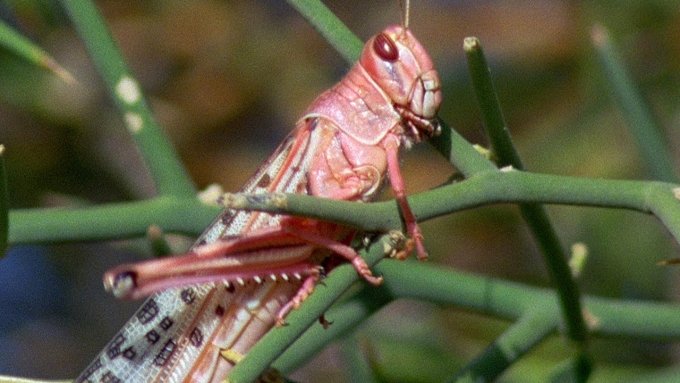 Communities in Kenya, Ethiopia and Somalia are facing alarming food shortages with the crops they grow to survive being eaten in seconds by flying desert locusts. The locusts are not only destroying this seasons food, but also the seeds for next season, endangering people’s lives and livelihoods for some time to come.

13 million people who are already coping with an acute lack of food in the region are now at risk. And the FAO have predicted that a further 20 million people could be at risk if the locusts continue to spread.

Many of the affected communities are still reeling from the effects of prolonged drought in the region, followed by severe flooding.

“It is just so unfair for these vulnerable communities who have come through years of drought and were then hit by flooding to see them lose everything in this way”, said Anne O’Mahony, Concern’s Director of International Programmes.

For pastoralist farmers it means they have no fodder for their livestock. Farmers who were preparing to harvest crops have watched as locusts devoured both their plants and the seeds they need for next year’s crop. It is a disaster.

It is not just rural and farming communities who will be impacted. Food prices are expected to rise, increasing the vulnerability of people living in urban slums.

Fears of this crisis spreading are very real as it was reported this week that the locusts have crossed into South Sudan, with the outbreak showing no signs of slowing down at present. They thrive in warm and humid conditions, so if upcoming rainy seasons in the region are good, the swarms will only grow bigger. If the rains fail, then communities will be faced with poor harvests and further food shortages. The outlook is not positive in either scenario.

235,000 hectares of crops, pasture and forest have already been invaded by the infestation. Experts are warning that locust swarms could grow by up to 500 times their size by June if the crisis is left unchecked. Containing the infestation is a huge challenge as ongoing conflict in some of the affected areas makes it difficult to spray the locusts. The FAO is working with national governments to contain the swarms, urgently seeking $76 million from donors and other organisations in order to do so.

We’re supporting families who have been directly affected with cash transfers. The cash they receive will enable them to purchase food, seeds, agricultural tools and other items essential for their survival.

We're appealing for donations to support our response. By donating today you can help us reach more families who are facing life-threatening shortages of food.

Agriculture plays a large role in the fight against both world hunger and global poverty. Here's why.

The long-term effects of hunger on maternal health can carry over into the health of newborns, and carry a lifelong impact. But that can be changed.

The programme targets budding entrepreneurs in poor and extremely poor households, and helps them in reaching their business goals.

Agriculture plays a large role in the fight against both world hunger and global poverty. Here's why.

The long-term effects of hunger on maternal health can carry over into the health of newborns, and carry a lifelong impact. But that can be changed.

The programme targets budding entrepreneurs in poor and extremely poor households, and helps them in reaching their business goals.