Concern FAST: “I don't want to live a life and not do anything with it”

Every year thousands of people around Ireland take part in the Concern FAST raising vital funds for the world’s poorest communities. Last year Cross and Passion College, Kilcullen was among the top fundraising schools and, as a result, pupils Jane O’ Toole and Evie Ronayne were invited to visit Concern’s programmes in Malawi. When they returned we sat down with Jane and Evie to hear about their experience.

How did you get involved with the Concern FAST?

Jane: Our teacher, Ms Flanagan helped us get involved in with the FAST. Claire from Concern came to our school and explained the work that Concern is doing around the world. It was really interesting and made me want to do the FAST. After that we all got a sponsorship card and the fundraising began.

Evie: To raise money for the FAST we got sponsorship from our friends and family. We gave up food for 24 hours which was tough but very worthwhile! We raised over €2000. The FAST isn’t restricted to just giving up food some schools give up social media for the day!

How did you feel when you were chosen to go to Malawi?

Evie:  We were shocked when we found out we were chosen – it didn’t feel real to us. It was crazy to think that we would soon be travelling to a place that many people would never see in their entire lifetime.

What was it like seeing Concern’s work first hand?

Jane: My experience in Malawi was life changing and I will never forget it. Malawi is one of a kind and it isn't called 'The Warm Heart of Africa' for no reason. Everyone we met was so friendly and helpful. From the Concern staff to people in the communities, they were the most welcoming people.

It was also amazing to see how the money we raised was benefiting these people’s lives in so many ways. Concern’s programmes are benefitting so many communities and it was reassuring to see that the money we raised is really helping people to get their lives back on track – families are now food secure and children are attending school.

What was the standout moment of the trip?

Evie: The moment that stood out to me that most was the first time we drove into a village and heard the community sing their welcome song. I was amazed that everyone in the village was so close and happy.

Jane: My stand out moment was visiting Chisumbu School where we could compare our lives to the lives of the girls our age at the school. I made friends with a girl called Memory who was 14, the same age as me. We both loved sport and just clicked. 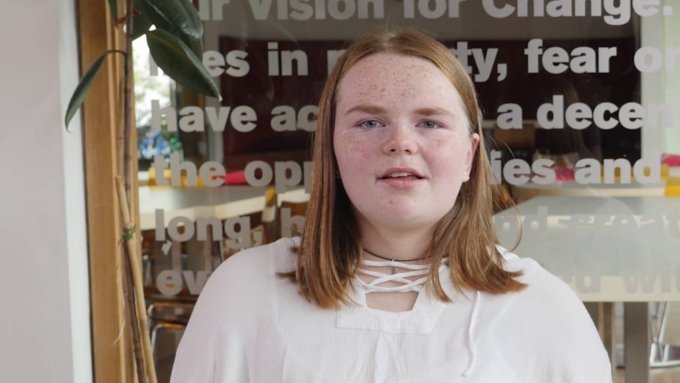 Would you recommend the Concern FAST to other students?

Jane: I would recommend getting involved with the FAST because it’s great for your school to get involved with a charity and you might get a chance to go to Africa! Also, the money you raise really helps people to get their lives back on track. For me getting involved in the FAST helped me feel like I’m helping a lot of people. I really want to make a difference in the world, I don't want to live a life and not do anything with it!

You can get involved too!

Get involved and sign up for this year’s Concern FAST which takes place in November.

Having claimed more than 32 million lives since the beginning of the epidemic in the early 1980s, HIV continues to be a major global issue.
News
13 June 2019

Following the devastation of Cyclone Idai, find out about conservation agriculture in Malawi and how Concern is helping farmers there deal with the changing climate.
News
29 March 2019

Having claimed more than 32 million lives since the beginning of the epidemic in the early 1980s, HIV continues to be a major global issue.
News
13 June 2019

Following the devastation of Cyclone Idai, find out about conservation agriculture in Malawi and how Concern is helping farmers there deal with the changing climate.
News
29 March 2019