Letter from Pakistan: the power of conversation 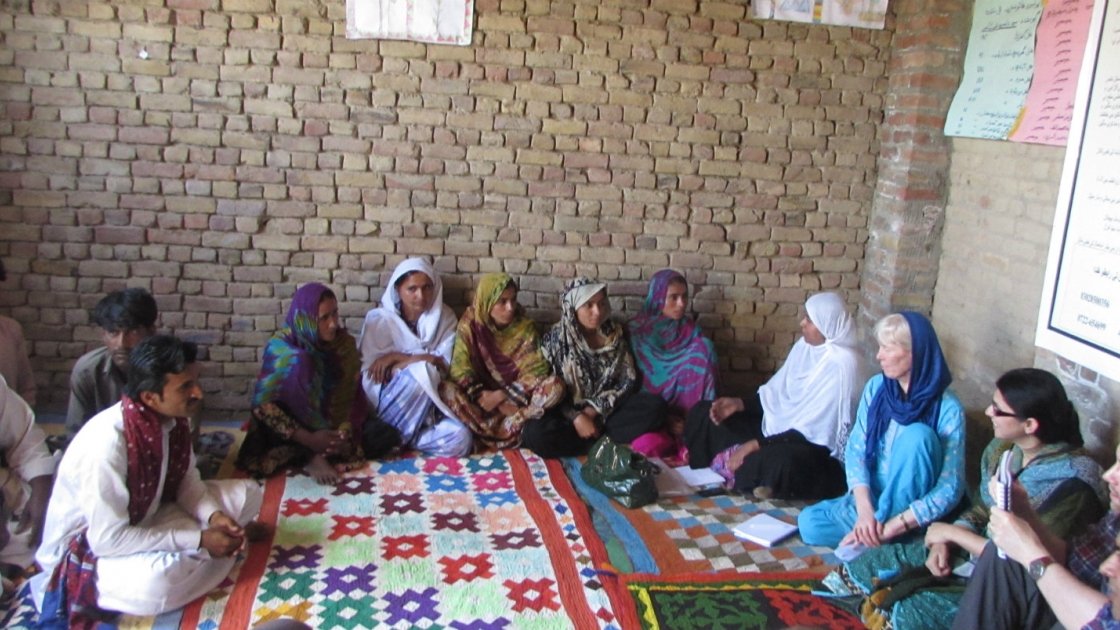 Social media has had a profound effect on everyday communication. Platforms like Twitter, Facebook and Snapchat have made it easier than ever to express our thoughts and opinions with ease. In rural Pakistan, this kind of open expression is a rarity – particularly for women.

On a recent visit, I met with several men and women in groups.  Until recently, they had never met as a mixed gender group. The cultural norm is geared towards keeping women behind closed doors, limiting any public space for men and women to collectively discussing any type of issue.

The Pakistanis in the areas I visited are predominantly governed by feudal landlords who give no power to the sharecroppers and tenants who farm their land. While there are a few ‘good’ landlords, the vast majority of them exploit the sharecroppers who work their land for a small return, charging very high interest rates when their tenants need to borrow money to cope with hard times (such as the flooding which occurs almost annually).

In addition to this feudal system of control, there is an unbalanced power dynamic on a household level. Centuries of an ingrained culture where men believe that they must not allow their wives and daughters outside the house mean that girls lose out on education. They are often married to much older men not of their choosing once they reach puberty. The fate of most women from certain ethnic groups is to be confined to their home.

At home, women’s opinions and concerns are not given any attention by their husbands. They are not allowed to use their husband’s mobile phone, have no say if he chooses to sell the goat that provides milk for their children, and in some cases, they will have to get on with another wife should he marry for a second time.

Dealing with the consequences of these power imbalances alongside the cyclical risk of floods has led to Concern and its partners designing a community-based disaster risk management (CBDRM) programme. One of the key tenets of this programme is to establish dialogues between all members of households (be they men, women, elderly or disabled) and between communities, encouraging more collaboration to prevent the loss of homes and human and animal lives that are under constant threat.

When I met with these groups after just two months of the CBDRM programme, I found that their members had overcome many entrenched negative attitudes, behaviours and cultural barriers. The men realised that their wives have a huge skill set to offer in the home and community and that they need to relax the amount of power held over their wives in the household. The women talked about their strong sense of empowerment as their opinions, feelings, and skills have become more valued. At a household level, women talked about the harmony in the home where they are respected by their husbands, where domestic violence has been considerably reduced and they can now think about life beyond daily survival.

One woman, Ruqia Bibi, talked about her lack of education and her feeling of powerlessness in her situation of poverty. Through the CBDRM programme her increased confidence has been so remarkable that she has been elected the Chairperson of the Tehsil Forum (village committees feed into Union Council, which feeds into the Tehsil Forum). She is leading the Forum in advocating for the government to increase services and support that will lift people in her area out of poverty. The forum is also fighting for better protection against flood damage through better drainage systems, raised roads, provision of electricity, and in cases of extreme danger, support for their evacuation to areas of safety.

The conversations facilitated by CBDRM are proving motivational, building confidence and competencies as the women and men address themes of power and powerlessness guided by Concern’s staff and partners.  They have made ground-breaking progress in developing disaster management committee plans and implementing them.

Many of the group members are now demanding schools and teachers, recognising education as one of the key solutions to lifting them out of poverty. They are developing plans to overcome the cultural and hierarchical issues that entrench deprivation. These conversations are still in their initial stages – as the groups grow and strengthen, higher level discussions with provincial and national government, landlords and other authorities will come next. 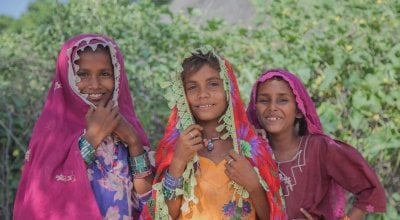 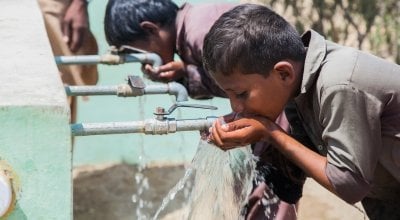 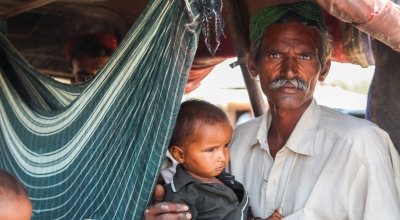 Water in the Desert: A photo story from Pakistan

In the second of our reports from Pakistan's Thar Desert, we look at the difficulties of accessing water during prolonged drought. With support from ECHO, the European Commission’s Humanitarian Aid and Civil Protection department, we are working with communities to address the challenges.