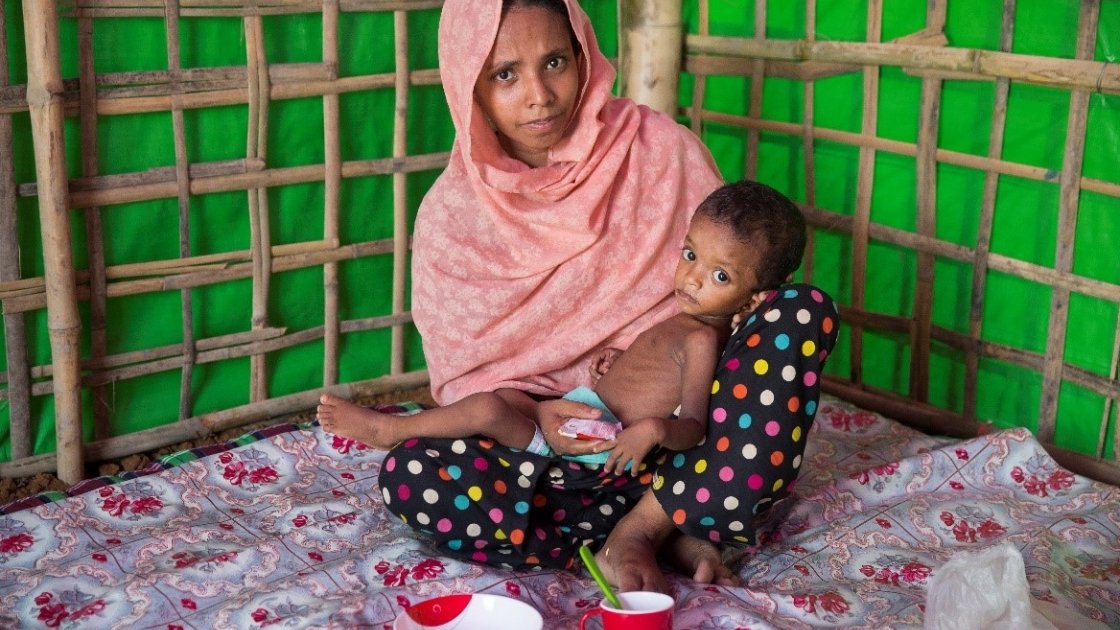 An estimated 507,000 Rohingya have fled violence in Rakhine state, Myanmar and crossed the border to Bangladesh. Concern’s Kieran McConville reports from the Cox’s Bazar area of Bangladesh with just one of many harrowing stories - the story of *Layru and her two year old daughter *Hala.

It took Layru and her family 15 long days to reach Bangladesh from her village in Myanmar. They travelled by foot, leaving with just the clothes on their backs and with what little food they had. The journey was long and treacherous, 10 members of Layru’s group were killed trying to reach the border to Bangladesh, including her 40 year old cousin, *Dil.

When asked why she left Myanmar, Layru says that their home was attacked by military and burnt to the ground. “Our next door neighbour’s child was killed and the body thrown in the sea,” she says. “Attractive girls were taken by the military and raped.”

We were terrified, our lives were in danger there."

Layru says her two year old daughter Hala, was already thin when they lived in Myanmar but that the long journey affected her health badly.

When Hala arrived at the camp, she was just 11.6lbs in weight, just half the weight of a healthy child of her age. A Concern community health worker visited their household in the camp and referred Hala to the newly opened Concern nutrition centre. She was found to be severely acutely malnourished and although at first was reluctant to take the ready-to-use therapeutic food, she eventually started to eat.

Help us to continue supporting the Rohingya people in Bangladesh. 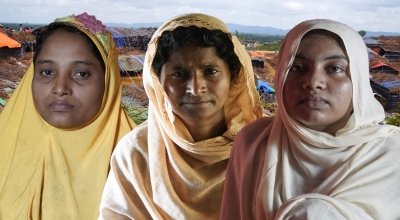