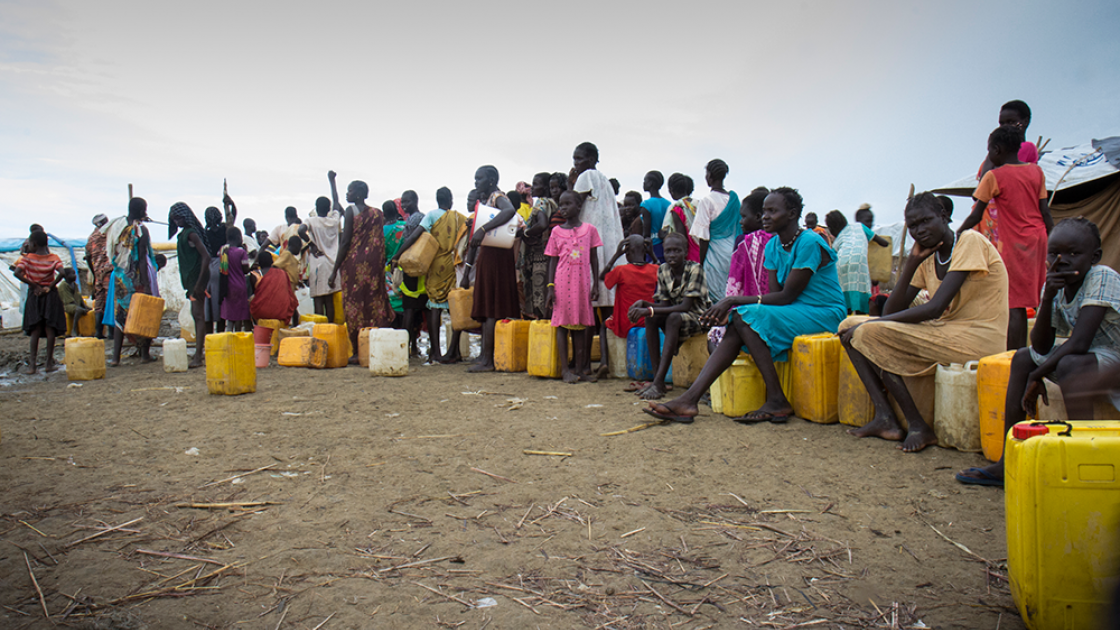 The world’s youngest nation is on the brink of a full-scale food crisis.

More food, better shelter, nutrition, healthcare, and water and sanitation services must all be provided. There needs to be more funding and above all an immediate end to the conflict.  If the fighting continues, there is every chance we will not be able to prevent a famine in some areas.

Conflict has been raging in South Sudan since December 2013. Despite a peace deal being signed in August, violence, looting and insecurity continues. Currently around 1.65 million people are displaced within the country and another 632,000 are seeking refuge in neighbouring countries.

Concern is working hard to ensure the people worst affected by the conflict get the support they need. This isn’t easy when you are working in a conflict zone.  Despite this, our teams have been in Bentiu since January 2014, just weeks after the civil war first erupted. We are providing clean water and latrines, new shelters and are treating moderately and severely malnourished children.

In the capital of Juba we are distributing food and vouchers to displaced families and treating malnourished children in the camps and in three health care units.

A serious food crisis is escalating due to a potent combination of late rains and the consequences of conflict including: spiralling inflation, interrupted trade and a lack of cultivation due to displacement by war (as detailed in this year’s Global Hunger Index case study).

Conflict has prevented people from planting, spurred on an increase in the numbers of livestock being looted and created record food prices (up to 150% compared to the average).

But there is a small glimmer of hope; harvest season is soon approaching.

People that were able to plant should have access to the food they have grown. This food can be used to sustain them, with any excess being sold to generate an income. However, if security conditions deteriorate further this won’t happen.

It is only because of humanitarian assistance that the situation isn’t worse. However, the South Sudan Humanitarian Response Plan is just 51% funded meaning lifesaving work is at risk and the hunger crisis that is already unfolding could get worse.

Food security is not only an essential component of human well-being but also a foundation for political stability.

Find out how more about our work by following us on Instagram.