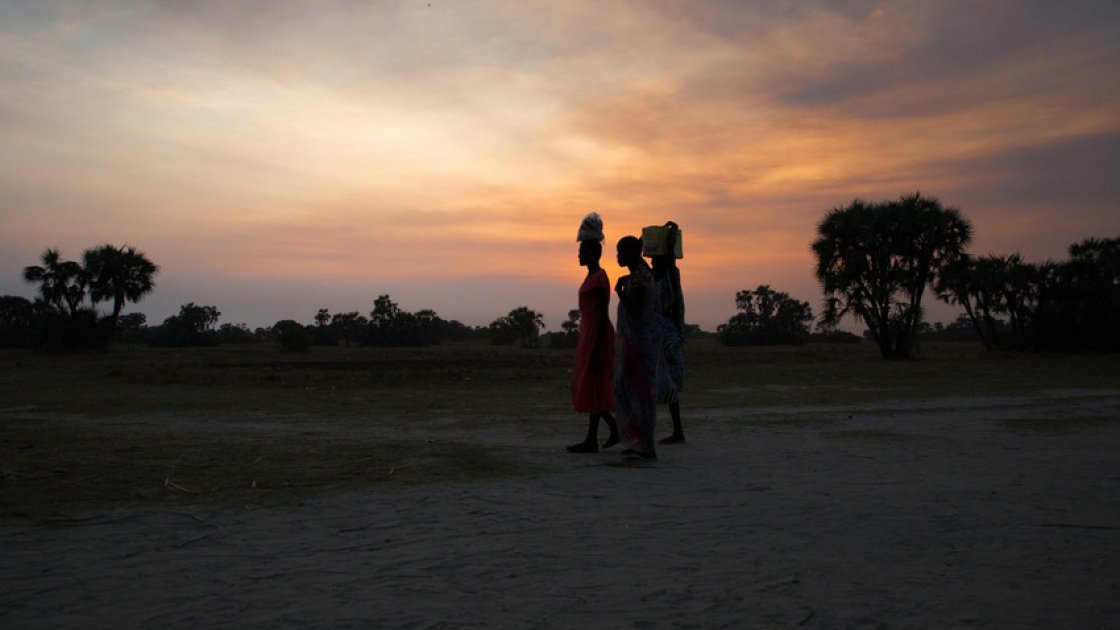 Every year, from 25 November (International Day for the Elimination of Violence against Women), to 10 December (Human Rights Day), a global campaign takes place to challenge the scourge of violence against women and girls. Reflecting on a recent visit to South Sudan, Concern CEO Dominic MacSorley takes a closer look at why it matters.

Last week I visited Concern's programmes in South Sudan. As the world’s youngest country, South Sudan is also the most fragile, ravaged by a vicious civil war for the last five years. The conflict has displaced more than four million people, and left more than seven million – two thirds of the country – in need of humanitarian assistance. It is an incredibly volatile part of the world and one of the most difficult places for humanitarians to work. The tenacity and commitment of our staff – many of whom live in the crowded displacement camps that we work in themselves – is extraordinary.

Fortunately, after years of enduring some of the most ferocious conflicts on earth, South Sudan is experiencing a time of relative peace. A secession of hostilities in August of this year was followed by the formal signing of a peace agreement in October and although the sustainability of this peace remains to be seen, there is a cautious optimism on the streets of the capital, Juba, that the country is being pulled back from the brink.

Peace is everything. Peace is still so new that you could sense the desperate hope in people’s voices that it would stay; that the brutality of killing was over."

However, the legacy of brutal conflict casts a long dark shadow. When the fighting stops, violence persists, particularly for women and girls.

This year, Concern published a series of papers on conflict. Our research highlighted the fact that conflict is horrifically gendered at every stage. GBV occurs not only at the point of conflict and displacement, but long after war has ended, the violence is brought into the home by men and boys who know nothing but killing.Desperate levels of sexual violence have been a defining characteristic of the conflict in South Sudan. As the resources for humanitarian response have been consistently stretched, protection and response services to GBV are grossly inadequate.

Now, as the window of peace is opening, there is a crucial opportunity to stand by South Sudan and, in particular, to support the women and girls who experience the highest level of gender based violence. In 2019 there are plans to utilise frontline nutrition and health services in many areas of the country as potential entry points for GBV victims looking for assistance, with staff trained on GBV referral pathways.

But reducing violence against women is as much about empowerment and increasing autonomy as protection and reducing vulnerability. The most powerful and inspiring conversations I had in Juba were with the women who worked at the Concern feeding centres in the UN run protection of civilians' camp. Their stories of survival were raw. Each had struggled, often to stay alive, to keep their families together and to get to this point of peace.

People like the incredible Martha, who was one of two million people displaced in the brutal civil war. Five years ago, Martha arrived at the Concern feeding centre with her youngest child – sick and severely malnourished. Within weeks, her child was healthy. Martha went onto become a lead mother, taking all the training available and is now helping to run the centre.These are the people you take with you that inspire you. Martha is a true survivor, but the truth is that these camps are no place to live.

When you enter the protection of civilian’s camp on the outskirts of Juba you are immediately made aware that you are driving into a protected area. Barbed wire, look-out towers and visible UN Peace Keeping patrols make the camp look like a fortress."

The people I talked to felt safer but not safe. No matter how effective the essential services such as water, nutrition and health services are, these camps are ultimately unnatural, unhealthy environments for families to live in.

The day after I departed South Sudan, news broke of a prolonged sexual assault on 125 women and girls in the Northern town of Bentiu, not far from where Concern works. Stretched over a 10 day period these horrendous incidents are a stark reminder of how far the country is from real peace.

I thought of the many women I had met in the camp and across the countries where we work. How most often we never know the real stories behind the faces we meet, and the hardship they may have had to endure. The tension between hardship and hope is acutely evident in South Sudan, and it is the lived reality for millions of women around the world.

During the 16 days of activism against GBV, we have an opportunity to show solidarity with these women. At a time when the conversation around gender equality is more vibrant than ever in Ireland, we must never forget those who carry the greatest burden. 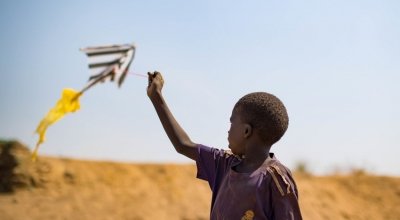 Breaking the cycle of conflict: what can humanitarian and development actors do?

Conflict is on the rise globally, and is the single biggest driver of humanitarian needs today. Caitriona Dowd explores the links between conflict and humanitarian crisis, and the urgent imperative to build peace.