Time is running out for millions living in drought-stricken Ethiopia

As the effect of El Niño leaves a trail of scorched earth and arid land across southern and east Africa, we urgently need to act to prevent further escalation of this humanitarian catastrophe. 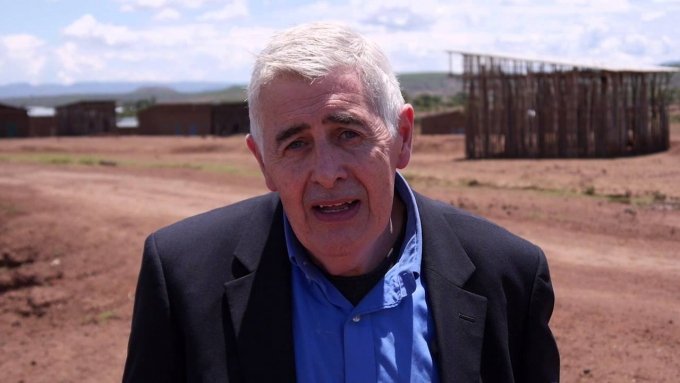 Last week, I had the opportunity to see first-hand how desperate the situation has become in Ethiopia – one of the countries most affected by climate change and the effects of El Niño. Repeated failed rains have led to a drought, the scale of which has not been seen in over 50 years. More than half the country’s districts are in crisis. Over ten million Ethiopians are in need of immediate food assistance and almost a million need emergency water supplies.

This is a country which has worked hard to develop its economy and to strengthen how it copes with chronic climate challenges. The government is leading and driving a robust response. However the scale of this crisis is beyond the abilities of any one nation. We must act now to prevent further suffering. If we wait to see the images that haunted us thirty years ago before intervening, we will have failed the people of Ethiopia.

Resilience tested to the limit

Indeed, this is perhaps the most notable thing about the current food crisis in Ethiopia. Despite the scale and severity of the drought, which is far more pronounced than those of 1973 and 1984–85, the loss of life and level of human suffering has been far lower. The Ethiopia of today is unrecognisable from 30 years ago, when BBC journalist Michael Buerk, reporting from Korem in the north of the country, infamously described the situation as “a biblical famine in the 20th century…the closest thing to hell on Earth”.

Economic growth and relative political stability has transformed the country into a regional beacon of development. Learning from the haunting experience of the past, the government has invested in robust early warning systems, and disaster risk reduction infrastructure. It has put in place an ambitious social protection programme aimed at consolidating food security for up to eight million of the most vulnerable Ethiopians and increasing their resilience to cyclical food shocks.

This emphasis on building resilience has been key to mitigating the effect of drought on those who would otherwise be worst affected – the poorest and most vulnerable. That is what I saw when I visited the Concern programme areas. The families and small-holder farmers that had participated in resilience building programmes were indeed struggling, but they were weathering the storm better than most. They were far more able to cope than in previous droughts of a similar magnitude.

Notwithstanding, this resilience is now being tested more than ever. For many – particularly in the north and east of the country – the situation is acute, and aid agencies are helping to respond to an emergency that has rapidly intensified over the last six months. Drawing on more than 40 years’ experience in the country, Concern has massively scaled up operations, responding in 29 of the worst affected districts, trebling our staff to over 600 people.

The team is providing supplementary food to 250,000 children under five years of age who are at risk of acute malnutrition. They are trucking water to those most in need, and are distributing seeds for recovery so that when the rains come – and they are arriving in certain places – farmers will be ready to plant and begin the process of recovery.

This effort has been facilitated by strong leadership on the part of the Ethiopian government. In contrast to most other humanitarian emergencies, where international organisations such as NGOs and the UN are the primary method of aid delivery, the government is the main channel of relief efforts in Ethiopia. It has led the response and has provided over $380 million in aid. Described as a “humanitarian response through a development model”, the government’s capacity and infrastructure makes the delivery of assistance more streamlined and more immediately effective than in many other interventions of this nature.

This infrastructure is testament to the extraordinary progress that has been made over the last 30 years, but the current crisis is dauntingly immense and threatens to undermine many of the advances of that development.

A dense, predominantly agrarian population combined with a reliance on seasonably erratic rainfall patterns, means that Ethiopia is already extremely vulnerable to the effects of climate change. This vulnerability has been compounded by an El Niño phenomenon of truly devastating impact.

Children walk over agricultural land in Tselmti woreda in Ethiopia where nothing is growing due to drought. Photo: David Hunn / Concern Worldwide.

The evidence of this impact is stark. Scorched earth, emaciated animal carcasses and need for emergency water trucking are all extremely ominous signs and would, in another time or circumstance, probably have indicated a far higher level of human suffering. The response has held this off up to now, but the resources of government and those involved in emergency assistance are desperately running out.

This is the world’s third biggest emergency appeal and yet to date less than half of the estimated $1.4 billion needed has been committed. The World Food Programme alone has said that it requires an additional $500 million to continue emergency food supplies beyond April.

The world must help Ethiopia

Ethiopia may to an extent be a victim donor of fatigue, because of the continuing crises in Syria, Yemen and elsewhere. However, we cannot victimise the poorest and most vulnerable people who desperately need our help. No-one in Ethiopia should die because of a lack of funding – it’s as simple as that.

As Europe scrambles to deal with the refugee/migrant crisis, here is a country that has generously provided shelter to over 750,000 refugees from other countries – more than any other country in Africa. Now they need our help. We have an extraordinary opportunity here to apply the hard earned lesson that prevention is always better than cure – ethically, morally and financially. Ethiopia is doing its part. This is a chance to help them change the course of history.

Help us provide live-saving support to people in Ethiopia by making a donation today.