Concern Worldwide is currently distributing blankets and other essential winter items to over 1,000 households including babies and children as part of its Cold Wave Response in Nepal.

The Irish aid agency is exclusively focusing on vulnerable and marginalised communities in southern Nepal, where people are severely exposed to the elements and have little or no access to warm clothes or humanitarian support. Many of their houses were damaged by floods and they are living in slum-like conditions.

So far, Concern has distributed pre-positioned kits including blankets, tarpaulins, and woollen shawls reaching 1,000 people in Dhanusha and Mahottari districts and is planning to scale up its efforts as temperatures continue to plummet.

According to local media reports, cold-related deaths in the Terai district have reached eleven so far this winter. Most of the dead were from impoverished communities while incidents of death and injury caused by smoke inhalation and house fires have also increased at the same time.

Concern’s Country Director in Nepal Eileen Morrow said she has witnessed children and babies with chapped lips, bare feet and legs shivering in the cold conditions.

“The temperatures are dropping to five degrees during the day and two at night but it feels worse because of the thick fog, which prevents sunlight. The problem is not the temperature in itself but the lack of proper clothing, bedding, fuel and housing among these extremely poor communities. I have seen little children with bare feet and legs shivering in the cold. People are burning their animal fodder to keep warm but there's little heat to provide them with much relief. Blankets will definitely help but the extreme poverty and inequality needs long term solutions,” she said.

“I was talking to Say Kala (71) from the Musahar caste in Mahotari district. We had to pause the interview, open up her distribution pack and wrap her in a shawl she was shivering so much.” 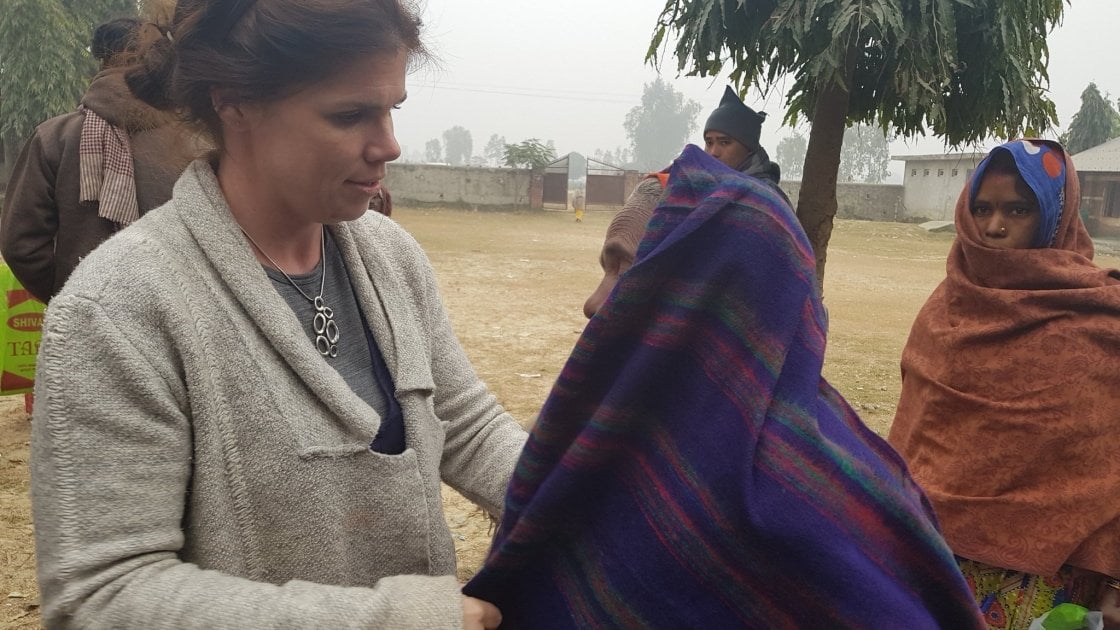 'The issues are extremely complex'

Concern has been liaising with government authorities and other NGOs and focusing on marginalised areas that have no other actors and have not received any humanitarian support to date.

Eileen Morrow added: “Lower caste communities have very poor clothing and housing. Many of the houses have no or broken walls or doors. Many houses are damaged due to floods but also because of attempted evictions. The issues in the Terai region are extremely complex due to discrimination, marginalisation and very low levels of education. Like the homeless issues in Ireland it will take a long term multi-pronged engagement.”

The Dublin aid worker has heaped praise on the Irish public, particularly regular givers, for allowing Concern to support vulnerable people in remote and marginalised communities.

“Giving regularly to Concern ensures that we are able to respond quickly and reduce suffering in Nepal. Blankets and other winter items are a massive life line for people who little or nothing to keep them warm,” she said.

If you would like more information, images or an interview with Concern Country Director Eileen Morrow, please contact Concern Communications Officer Marie Madden on 087-1205470 or marie.madden@concern.net.