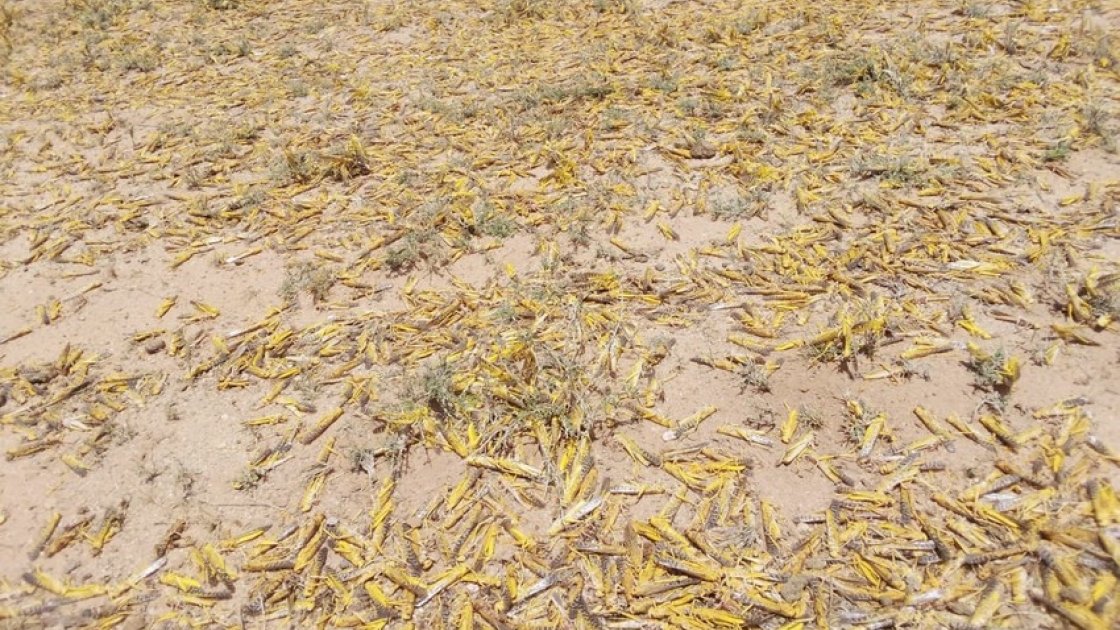 “Swarms of locusts are sweeping through the region eating everything in sight – leaves, crops and grass,” Concern’s Director of International Programmes Anne O’Mahony said. “A swarm can strip a field in minutes.”

“For pastoralist farmers it means they have no fodder for their livestock.  Farmers who were preparing to harvest crops have watched as locusts devoured both their plants and the seeds they need for next year’s crop. It is a disaster.”

“It is just so unfair for these vulnerable communities who have come through years of drought and were then hit by flooding to see them lose everything in this way.”

Concern Worldwide is working with affected communities in Kenya, Somalia and Ethiopia and is responding by providing cash payments to families to buy fodder for livestock, food, seeds, agricultural tools and other basic items.

The Food and Agriculture Organisation of the United Nations (FAO) described the desert locust as the world’s most destructive migratory pest, with a swarm of one square kilometre capable of eating the same amount of food as 35,000 people.   There are currently reports in Kenya of swarms measuring 60 kilometres by 40 kilometres devastating communities.

The locust infestation is expected to drive up the price of food in affected countries and the wider region, Ms O’Mahony warned: “This will have knock-on effects on those living in urban slums, potentially tipping them into a crisis situation.”

In addition to the 13 million people currently at risk, the FAO this week warned that a further 20 million are at risk if the locusts continue to spread.  The UN agency, in conjunction with national governments, are working to spray the locusts to control them.  However it is a race against time.

The current hot, wet conditions are perfect for the locusts to breed and the next wave of locusts are already hatching on the ground and are expected to swarm by March or April, causing further damage, unless they are controlled by spraying.  The FAO estimates that the number of locusts could be 500 times greater by June unless effective control measures are taken.

Concern CEO Dominic MacSorley urged the Irish public to support the appeal.  “With donations from the Irish public, Concern is working with communities which were already extremely vulnerable after years of drought and recent floods, to prevent the current locust infestation becoming a major humanitarian crisis,” he said. “We urgently need the public’s support over the coming months as we face this massive challenge.”