Concern Worldwide has launched an urgent fundraising appeal as it sends more staff to help survivors of Hurricane Matthew in Haiti – where the death toll has risen to over 300 and there are fears of a major cholera outbreak.

They will be joined this weekend by a number of relief experts from Concern’s Rapid Deployment Unit (RDU), who respond to disasters in developing countries around the world.

They are also working in conjunction with other aid agencies in Haiti and are appealing to members of the public to donate what they can to help fund their efforts to assist the thousands whose homes were levelled by the category 4 storm.

The situation here is worsening by the day as more bodies are found and the level of damage caused to buildings, homes, roads, water and other services are realised.

“Crops and livestock were also swept away by the winds and floods and vital roads and bridges have collapsed.

“There is a very severe risk of a rise in people getting cholera. The lethal water-borne disease killed over 10,000 people after the devastating earthquake in 2010 that claimed over 300,000 lives.

“For us, now that the storm has passed, the real work begins.

We have also prevented things from happening because all aid agencies here have been working on mitigation strategies. All agencies are also coordinating our response so that none of us are doing the same thing in the same area.”

For more information or for an interview with Nellie Kingston, please contact Communications Officer Kevin Jenkinson at 0863582886 or kevin.jenkinson@concern.net 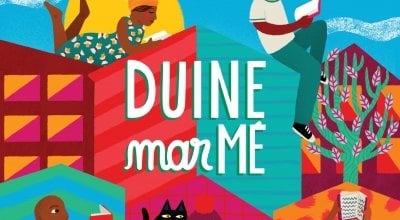