Thousands of children have experienced “huge trauma” and are in an “extremely vulnerable state” in Bangladesh, according to one of Ireland’s most experienced aid workers. 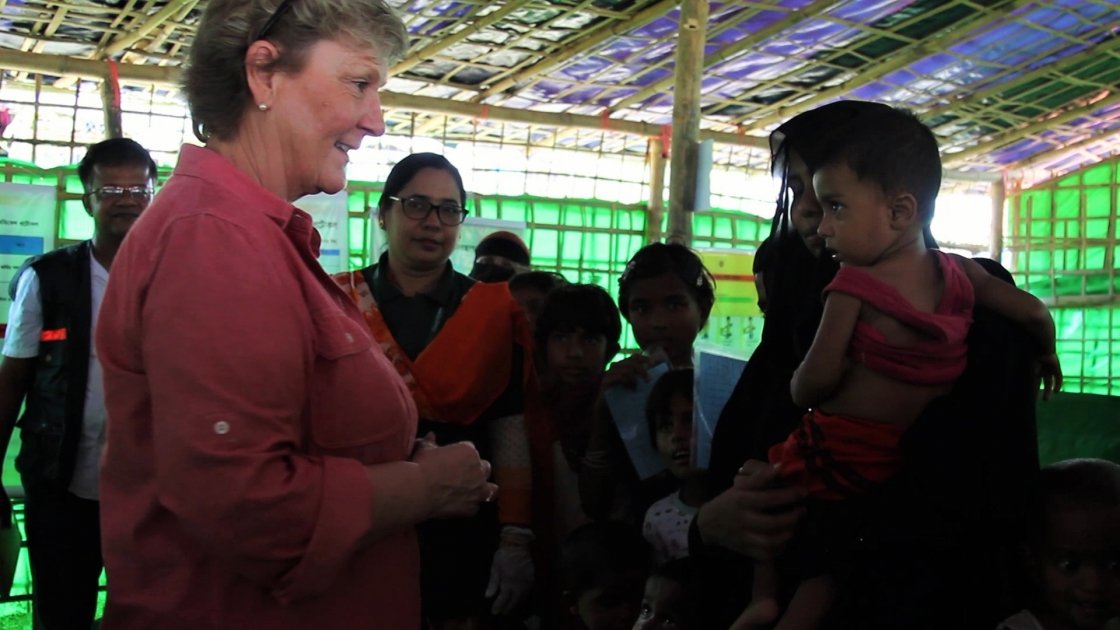 Thousands of children have experienced “huge trauma” and are in an “extremely vulnerable state” in Bangladesh, according to one of Ireland’s most experienced aid workers.

Anne, who has been an aid worker with Concern for over 30 years, said the landscape of the area has been completely transformed by the increasing numbers of Rohingya refugees arriving in the country.

“We are working with extremely vulnerable children who have gone through so much and suffered so much to make the journey from their home in Rakhine State. Many of them walked for days and then were held up in camps on the border with no food and no water, before they were eventually allowed to cross into Bangladesh.  Concern has already screened 10,000 children under the age of five through its nutrition programme, provided treatment to over 1,000 children suffering with severe malnutrition and distributed food packages to 123,000 households.

“It’s hard to believe that two months ago, the area where the Rohingya people now live was an elephant reserve. It has now been completely transformed. Roads have been built, shelters have been constructed, and people at least have somewhere to live that is secure and safe.”

Refugees continue to flee to Bangladesh

There are now believed to be over 900,000 members of the Rohingya community living in Bangladesh, with many solely dependent on humanitarian aid for food and shelter.

Concern, which has worked in the country since 1972, has responded to the crisis by setting up four nutrition centres and has reached a total of 250,000 people so far.

Ireland’s largest humanitarian aid agency has 40 staff on the ground in camps in Moynaghorna, Hakim Para, Jamtoli and Burma Para, where it is screening and treating children suffering from malnutrition.

While Myanmar has vowed to co-operate with the repatriation of those living in camps on the border, the future is still uncertain for the Rohingya population as their ethnicity is not recognised in their home country.

The transition will be further complicated by the fact that several Rohingya villages have been destroyed by military forces and many refugees fled their homes without papers or identification.

“They fled from huge trauma. During my visit, I have heard countless stories of how the Rohingya in Myanmar have been victimised. They grow their crops in the field but as soon as the crops are grown, the army rushes in and takes them. They don’t have health services, they don’t have schools. The final straw was when they came under attack at the beginning of July, causing all of these people to flee for their lives,” added Anne.

“These are essentially stateless people. We talked to a woman who didn’t even know what a vote was when we asked her if she had an ID card from Myanmar. She didn’t know what it was to be a member of a nation or a country.

“So much has been done but it’s only the very beginning. A lot needs to happen to make this place suitable for the Rohingya for the short time that they’re going to be able to remain here, and before decisions on what will happen to them in the long term are made.”