Emma Flaherty: This is what it's like to be an aid worker in a war zone 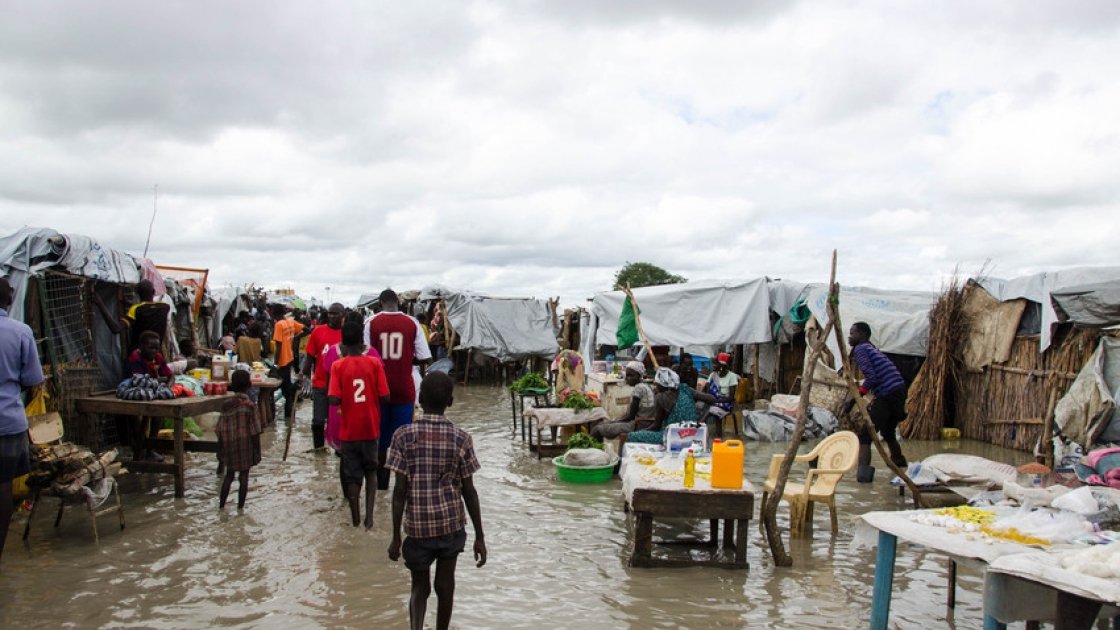 Emma Flaherty is Concern Worldwide’s field coordinator in Bentiu, South Sudan. Here, she tells us what it is like being an aid worker in a war zone.

We are living in a war zone, certainly, but as we are on an UN base there is a sense of the war being “out there.”

What’s the reality of being an aid worker in Bentiu right now?

The bullet holes in the office and accommodation containers are a constant reminder that we have chosen to put ourselves in the middle of a brutal and unpredictable conflict where respect for humanitarian principles and laws seems to be a lofty aspiration.

A temporary warehouse with a plastic table.

And a typical day?

We spend a lot of time in bunkers on the base. We are released when there is an announcement by UN security over the radios that it is safe to come outside again and resume work.

What kind of unexpected things do you have to deal with?

Last month, an aircraft was shot down. My first priority was to make sure that it was not an aircraft carrying my colleague, who had departed a little earlier to take a flight to Pariang. Thankfully, it [wasn’t] and the crashed aircraft was a cargo helicopter.

In August alone, government and rebel forces clashed just a few kilometres from the base. An incident of sustained shooting was aimed towards the base, wounding a child waiting for medical care and hitting humanitarian accommodation and offices.

How do you stay prepared?

We are told once every two weeks or so that major fighting is imminent. Sometimes it happens, sometimes it doesn’t. That is the nature of this conflict. It is unpredictable. This is Bentiu. If we stopped every time something bad happened here, we would get nothing done.

As a humanitarian organisation delivering life-saving services in the camp, from clean water and sanitation to nutrition and shelter, we have to plan with this volatility in mind so that we can continue to serve the people.

What is the situation like for the people you are assisting?

The instability we feel is nothing compared to [that of] the people we are here to serve. There are 45,000 people living on the UN base in Bentiu. They fled desperate circumstances to find themselves in a different kind of hell. Heavy rains have left the base flooded and people are living in knee-deep — sometimes waist-deep — water. It is a terrible and incomprehensible thing that people should be reduced to living like this in order to feel safe from violence and hunger.