About 80% of the world’s men and boys will become fathers in their lifetime. This Father’s Day, we celebrate dads around the world who are making an effort to get more involved in their children’s lives.

Many of Concern’s programmes, across our 26 countries of operation, are aimed at involving husbands and fathers in conversations about gender equality and encouraging them to become more involved in the wellbeing of their families. Once such programme in Niger, called Ecole des Maris or ‘Husband Schools’, supports the running of 95 community groups for husbands and fathers.

Joint responsibilities in the home

Guided by a Concern volunteer, the Ecole des Maris community groups meet regularly in villages across Niger to discuss issues regarding healthcare, family planning, hygiene and childcare. The meetings give local men the opportunity to converse about personal and family issues, as well as promote dialogue between couples, shared decision-making and joint responsibilities in the home.

Changing for the better

Assoumane Tssiako, pictured above, is a member of the Ecole des Maris in Tahoua, Niger. The 28 year old father of three is proud of his involvement with the community based-programme and is eager to continue educating himself for the benefit of his wife and children. Dressed proudly in his pristine Ecole des Maris outfit, he enthusiastically describes how much the Ecole des Maris has impacted his life:

“My attitude has changed since joining – I’m different now,” he says, “Since joining Ecoles de Maris my family has benefited greatly – my wife and children.”

Conversing in a social forum allows husbands and fathers to share their experiences, and encourages them to take on more domestic responsibilities and spend more time caring for their children. As well as working with husbands and families, this project also reaches influential members of the community, creating an environment where sexual and reproductive health and the role of men and women are discussed more openly.

Assoumane Tssiako, a member of the Ecole des Maris, stands on front of his community. Photo: Jennifer Nolan/Concern Worldwide.

Assoumane describes how the education he’s gained from the Ecole de Maris has changed his attitude towards family planning – a testament to the effectiveness of community-based groups and an indication that change is happening:

“Many people believe you need to have a big family to be well respected but I don’t need a big family to be respected. We don’t want to have more children that we cannot provide for. And we can control this thanks to the education from the Ecole des Maris.”

State of the World’s Fathers

As we know, gender inequality isn’t confined to developing countries. Global fatherhood campaign MenCare, aims to promote men as equitable fathers and caregivers. According to the movement, there is no country in the world where men share the unpaid domestic and care work equally with women. In an attempt to address this they have published a report which sets out an 11 point action plan for achieving equality in unpaid care work. 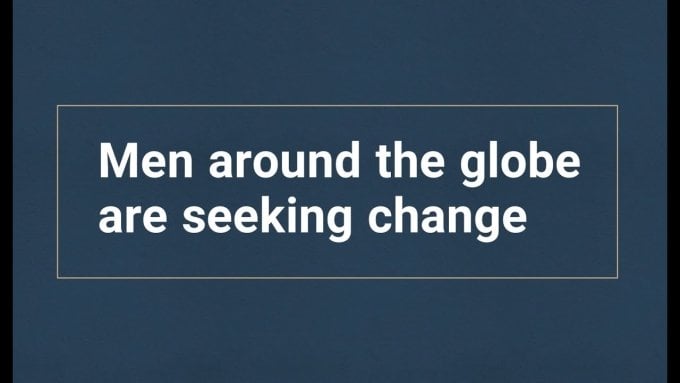 Join the Movement: Time for Action

The evidence from our programmes, and indeed MenCare’s fatherhood research, indicates that men want to be involved in their children’s lives, and stories such as Assoumane’s affirm that change is possible. For that reason, we are committed to working with fathers and husbands, giving them the tools to fulfil their potential as equal partners.

Marie Dounka's brother offered her support and advice, which gave her the courage and confidence to start her career. She tells her story in the third blog from our Female Voices from Niger series.

Female voices from Niger: 'The times are changing'

Amina Toudou wants to motivate other women to not limit themselves and dream big. She explains why in our final blog from our Female Voices from Niger series.

Marie Dounka's brother offered her support and advice, which gave her the courage and confidence to start her career. She tells her story in the third blog from our Female Voices from Niger series.

Female voices from Niger: 'The times are changing'

Amina Toudou wants to motivate other women to not limit themselves and dream big. She explains why in our final blog from our Female Voices from Niger series.