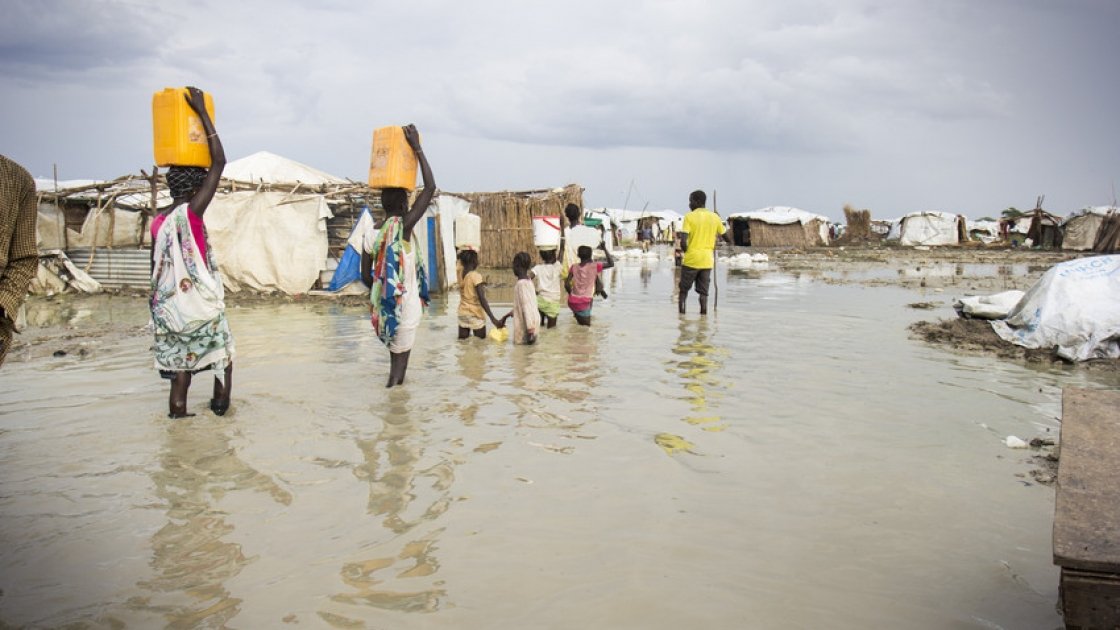 The 2015-2016 El Niño is expected to be one of the strongest in the past 50 years. We already see the severe impact on food security. How are vulnerable communities coping? And what is Concern doing to support affected communities?

What is El Niño?

Every two to seven years, an unusually warm pool of water develops across the eastern tropical Pacific Ocean. This phenomenon, known as El Niño, can last up to 18 months and affects oceanic and atmospheric circulation across the globe, shifting climate away from the norm.

El Niño can lead to weather-induced disasters such as floods, hurricanes, drought and famine. In 1997-1998, the strongest recorded El Niño killed some 21,000 people and caused damage to infrastructure worth US $ 36 billion.

Indicators are showing that the current El Niño could surpass this as the most powerful on record. In Ethiopia, in 2015, rainfall in parts of the country was the lowest recorded for the last 55 years leading to severe drought. Meanwhile, in some areas of Somalia, heavy rainfall last December, driven at least in part by El Niño, led to serious flooding, destroying crops and delaying planting. We’re still in the thick of the 2015-2016 event, and even the experts can’t be sure exactly how bad it will get.

We can’t be sure exactly what to expect. Our planet has changed dramatically since the last big El Niño in 1998. With climate change and the general trend towards a warmer global ocean […], this El Niño is playing out in uncharted territory. 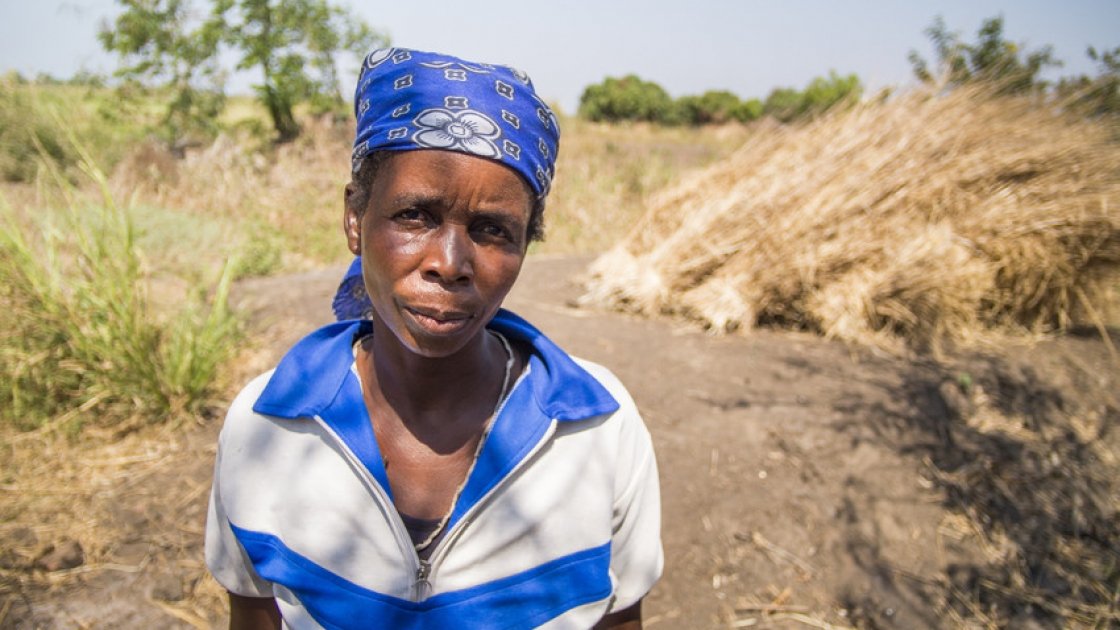 Lucia White in front of the site of the home she lived in for 20 years in Nsanje, Malawi. The house was washed away by the floods of January 2015. Lucia has been helped by Concern with emergency supplies and with seeds, fertilizer and goats. Photograph taken by: Concern Worldwide/Kieran McConville.

What we do know is that the current El Niño is one of the primary drivers of food insecurity in over 30 at risk countries monitored by the Famine Early Warning System Network (FEWSNET).

Concern is among the Food Security Cluster partners that have put preparedness actions in place and are already responding in countries where the effects have materialised, such as Somalia and Ethiopia. We are also on the ground in South Sudan, Republic of Sudan and Malawi,

In Ethiopia, the current El Niño has caused repeated crop failure, decimated livestock herds and driven some 10.2 million people across the country into food insecurity, according to the UN. The number of admissions for severe acute malnutrition among children is already the highest ever reported.

Concern is responding in 29 districts. Our focus is two-fold: emergency nutrition programmes for malnourished children and seed distribution to families whose initial plantings have failed due to drought.

However immediate relief is not enough. Ongoing and worsening droughts are occurring with greater frequency. Our longer-term programmes therefore focus on community resilience to weather events in terms of nutrition and health education, water and sanitation and and livelihoods’ support and training. Through these programmes we are seeing people graduating out of poverty.

6 months ago I had no job and a family to provide for, Concern has given me the skills and knowledge to open up my own business and earn a regular wage. 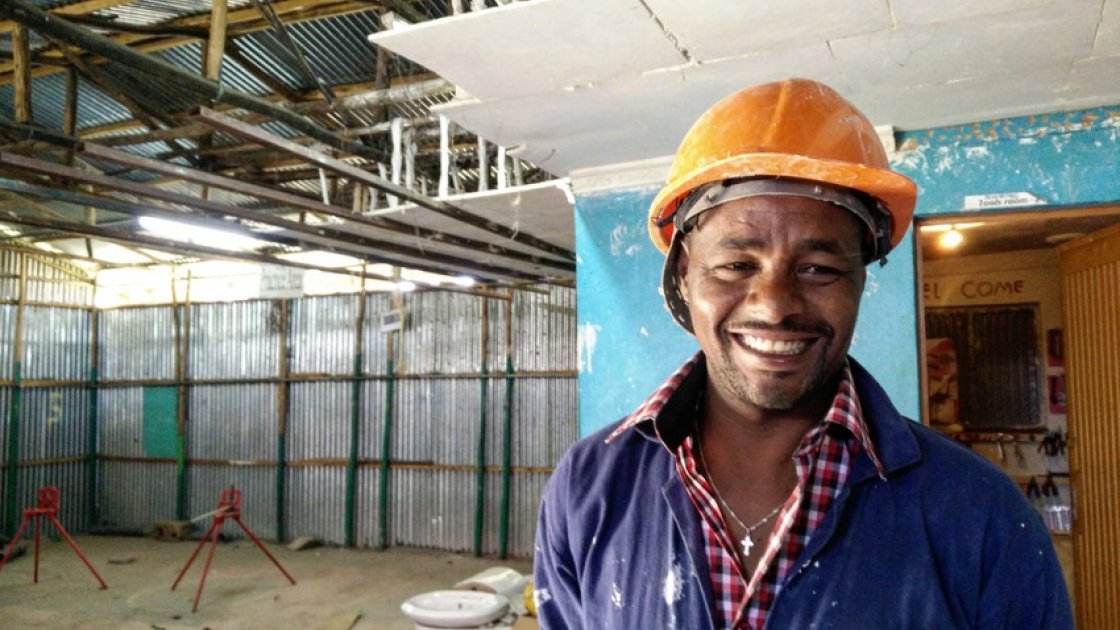 Another recent success story is the introduction of the humble Irish potato to drought-stricken and hungry areas of the highlands. So far, it has produced extremely high yields and has spread beyond the areas where we work.

In South Sudan, where almost 1.5 million people have been displaced, a serious food crisis is escalating due to a potent combination of late rains and the consequences of conflict including: spiralling inflation, interrupted trade and a lack of cultivation due to displacement by war (as detailed in this year’s Global Hunger Index case study).

3.9 million people are in need of urgent action to save livelihoods and lives and prevent famine. Between January and March 2016, an acute food emergency is expected to extend into three states as conflict continues, severely limiting food availability and access.

Concern is working hard amid the conflict to ensure the people worst affected get the support they need. We are providing clean water and latrines, new shelters and are treating moderately and severely malnourished children. In the capital of Juba we are distributing food and vouchers to displaced families and treating malnourished children in the camps and in three health care units.

Somalia is already one of the poorest countries in the world, devastated by extreme poverty, conflict (resulting in waves of displacement) and climatic instability. Right now, the majority of the country is stressed in terms of food security and some areas are in full-out crisis.

Abnormally heavy rains in October and November in the upper Shabelle river basin caused down-stream flooding in Middle Shabelle Region which displaced households, delayed planting, destroyed crops and prevented families from preparing themselves for the next dry season. Elsewhere, rains in most pastoralist regions were good, and helped replenish water sources and re-vitalise rangelands. In North Eastern Somaliland, however, recent rains have done little to alleviate the impact of unusually prolonged dryness which has now resulted in widespread emergency in the affected regions. Deaths of livestock, over-grazing of rangelands, extinguished water sources and the absence of milk – the staple for nutrition – continue to be causes for concern as the next dry season looms.

How we are helping

We have been working in Somalia since 1986, responding to emergencies caused by drought, flooding, conflict and food shortages. This year’s El Niño was predicted to cause extreme rains in Somalia resulting in heavy flooding. To mitigate the effects, Concern and its local partners responded before the rains were forecast to occur. This included action in over 70 flood-prone villages – notably reinforcing river banks, pre-positioning household flood relief supplies, supporting radio awareness programmes and working with local staff to equip affected communities with information on how to prepare and respond to effects of flooding.

Much of this work has been done through the DFID-funded Building Resilient Communities in Somalia. Luckily, flooding did not occur at the scale projected and communities were able to use supplies to minimise impact on the two occasions when river levels did rise to the brink of their banks.

In areas of Somaliland, Concern continues to respond to sustained drought, most recently by providing families with small allocations of cash to help them meet their food and basic needs while also supporting their fragile local economies. The crisis in Somaliland, unfortunately, is far from resolved.

The Republic of Sudan is plagued not only by climate effects but also by ongoing insecurity, both of which are driving acute food insecurity.

The agricultural season in 2015 was marked by the late onset of rain, dry spells at key stages of the cropping cycle, and below average rainfall – particularly in the eastern part of the country, as well as in Darfur and Kordofan States. Yields of staple food and cash crops are well below average in most parts of Sudan, which will lead to above-average market demand. One of the most dramatic effects is on pasture land and grass availability, which has consequences for pastoralist communities in terms of early migration and increased pressure on resources such as water and crop residues.

How we are helping

We have been working in Darfur since 2004, responding to the needs of those affected by conflict and extreme poverty. We are increasingly working alongside communities to build their resilience against shocks and stresses, like those caused by adverse weather patterns. We have been on the ground in South and West Kordofan since 1985 working mainly through partners, building their capacity to engage in development activities. These activities include the provision of primary health care, treatment for malnourished children, helping people to earn a living, ensuring clean water is available, and the promotion of good hygiene practices.

As nomadic and pastoralist communities are likely to be amongst the most affected by El Niño, Concern and its partners (including Al Massar) have been focusing on: training and support to community animal health workers, water point rehabilitation, support to the Ministry of Animal Resources to implement vaccination campaigns, and rolling out local rapid assessment to better understand local needs.This work is linked to our DFID-funded BRACED programme.

By early 2016, projections indicate that at least 22 million people will be food insecure across [East Africa] and between 2.7 million and 3.5 million people could be affected by floods.

In Malawi, severe floods in early 2015, coupled with continuing weather hazards caused by El Niño have driven the worst food insecurity in over a decade, affecting more than 2.8 million people.

Prices for staple foods such as maize have increased exponentially making it extremely difficult for poor households to meet their basic food needs.

Concern is responding through a consortium of international NGOs providing cash transfers to improve household access to food and build the resilience of the affected households and communities to future shocks. Through this programme, we will support 150,000 people in Mchinji and Nkhotakota districts. Together, the consortium will reach roughly 15% of the population identified as being highly food insecure.

This work accompanies our existing livelihoods programmes and a nutrition response focused on malnutrition in children and pregnant and lactating women.

Please help support communities affected by El Niño by donating whatever amount you can afford. 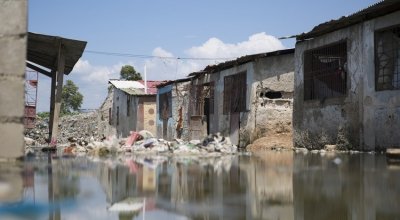 This weekend marks 10 years since a powerful earthquake rocked the already vulnerable island nation of Haiti. 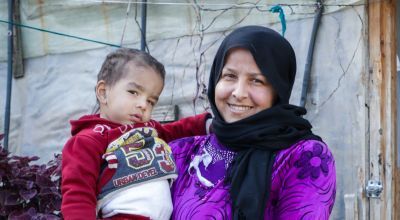 Thank you for supporting Syrian families in their darkest hour

With 1.5m people having fled Syria for neighbouring Lebanon in the largest refugee crisis since World War II, your support has been crucial in helping some of the world’s most vulnerable people.