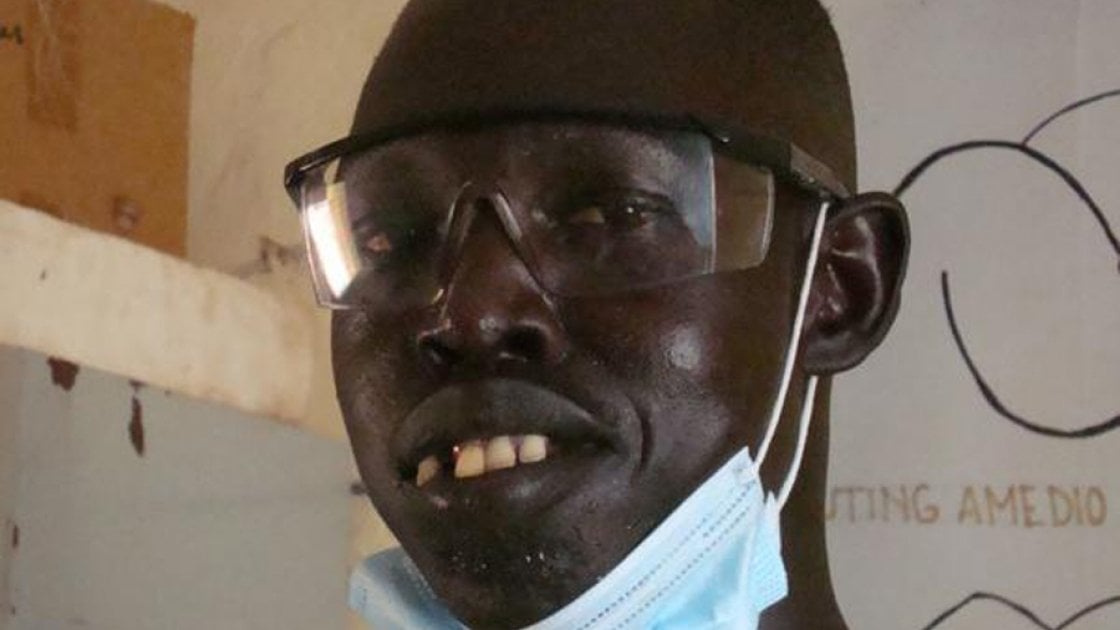 Taban*, who works as a midwife in South Sudan, has been able to save the lives of many women and children thanks to the training he has received from Concern Worldwide.

In 2008, Taban was selected by Concern to attend an 18 month midwifery programme.

After he completed the course, he returned to northern Bahr el Ghazal and began working in Nyamlel health centre.

Though Taban had trained as a midwife, there were many cases he couldn't help with.

Women who came to him with severe bleeding or other difficulties had to be referred to Aweil hospital, two hours away.

Taban told us: "Sometimes the baby may be lost on the way, dying in the womb because of the distance."

In March 2014, Taban attended another training course held by Concern and the state ministry of health, under the Health Pooled Fund programme.

This course aimed to teach emergency obstetric treatments – to ensure more women could be safely treated in health centres and wouldn’t have to make the long journey to Aweil hospital.

Immediately after the training, Taban was able to put his new knowledge into action, treating women who previously would have had to be referred.

Now, six months after his training, he says: "If [the woman] is almost going to deliver and has difficulty, we can manage here, give her drugs to save her life. And we can save the newborn."

Due to dedicated staff like Taban and the training they are receiving, the Health Pooled Funding programme is making a huge difference to the lives of ordinary women in Northern Bahr el Ghazal.

This year, there have been no maternal deaths in Nyamlel health centre.

In the country that has the highest maternal mortality rate in the world, this is a fantastic record.

Our work in South Sudan

* Please note that Taban is not his real name. His real name has been withheld for privacy reasons.