How the "Umodzi" approach is uniting couples in tackling gender inequality

How the "Umodzi" approach is uniting couples in tackling gender inequality

Marriage is one of the most beautiful ways to show your love to the world, but anybody who has exchanged “I dos” will know it’s not easy.

When it comes to relationships and marriage, many obstacles can pop up along the way, from financial difficulty to trust issues, to handling insecurities. Gender inequality is another issue which can cause serious problems in a marriage.

Across the world, rigid gender norms, beliefs and attitudes result in women and girls being denied education, being unable to access resources and services, and facing gender-based violence (GBV). This leads to women in marriages having no say over decisions in their home, taking on increased workloads and having little to no time to rest. Tasks like cooking, cleaning and parenting can often be seen as “women’s jobs”, while responsibilities like dealing with finances are left to the men.

The Manjolo family says there is more harmony in the home since taking the Umodzi gender training. Photo: Chris Gagnon/Concern Worldwide

Malawi is among the countries where this can occur. Malawi is one of the poorest countries in the world, with 50.7% of the population living below the poverty line (World Bank figures in 2019/20). It ranked 172nd out of 189 on the 2020 Human Development Index, and also ranked 142nd out of 162 on the most recent Gender Inequality Index.

Concern Worldwide’s organisational focus on extreme poverty recognises the multi-dimensionality of extreme poverty characterised by the lack of basic assets and the low return on these assets, risk and vulnerability and inequality – particularly gender inequality.

Before, I was just “The Thing”.

Concern Worldwide adopted its “Graduation Approach” in a number of countries, including Malawi, in 2008, as a way of addressing the causes, maintainers and obstacles of extreme poverty, boosting livelihoods and income, providing access to financial services, improving self-confidence, and tackling social inclusion.

The Graduation programme uses cash transfers, asset transfers, financial coaching and skills training to create pathways out of extreme and chronic poverty. However, in Malawi, a modified programme has been implemented, which seeks to directly address harmful gender norms that affect people’s abilities to lift themselves out of poverty.

This Malawi specific approach utilises the “Engaging Men and Boys for Gender Transformation” approach – ensuring that men are engaged just as much as women when it comes to discussing gender inequality.

The result? The Umodzi approach, or to use its full name, Mutu Umodzi Susenze Denga – meaning “one head cannot hold up the roof”. In Chichewa, Malawi’s national language, Umodzi means “united”, and that’s what we aim for when it comes to engaging couples in the programme.

Umodzi – which is supported by Concern’s partner Sonke Gender Justice –  engages couples to reflect upon and discuss issues such as gender norms, power, decision-making, budgeting, violence, positive parenting and healthy relationships, both together and in single-sex groups, in monthly gender transformative dialogue sessions.

Participants set a family vision together and work towards dismantling gender roles and norms that may have dictated how they lived and worked together, and creating a fair division of labour in the household.

Early data from the Mangochi and Nsanje Districts found that:

However, Umodzi participants widely reported post-programme an increased sharing of responsibilities, positive psychosocial wellbeing and collaboration between couples, and a reduction in household arguments.

“The impact of Umodzi is overwhelmingly that household tasks are shared more equally, giving women more time to do other tasks or just to rest,” Adele Fox, Equality Advisor at Concern Worldwide, explained. “Secondly, couples mention consistently that communication and respect for one another has dramatically increased, and that violence has reduced. The simple household budgeting session, combined with cash transfers from the Graduation programme, has also increased trust between couples, who may have previously assumed their partner was hiding money from them. Overall, couples describe the peace that they have created in their homes as a result.” 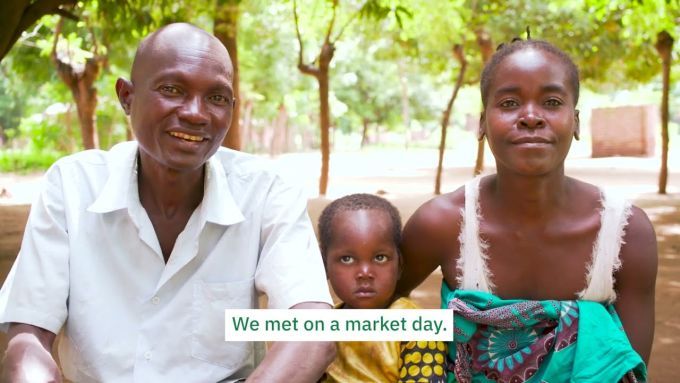 Umodzi hasn’t just had an effect on participants, though, as the programme can also benefit the wider community. “Approaches like Umodzi can create role models from those that embrace it and take action to transform their lives,” Fox continued. “This might mean that the wider community starts thinking that it’s ok for men to share household chores with women, or that there are alternatives to violence against women or as discipline for children.

“People may also start standing up for and supporting women that are experiencing violence, which starts to challenge the acceptability of it. People who are willing to role model this kind of behaviour openly are the catalysts for shifting social norms.”

Before Concern Worldwide trained us on gender, I would do all household chores alone and my husband would still shout at me for leaving out some tasks even with fatigue at play. He was very insensitive, and he would just sit at home and watch me work. If there was no fence to fix, he would just fold his arms at home and not help me at all. Now we share chores and he even helps me with the children all thanks to the gender equality training. 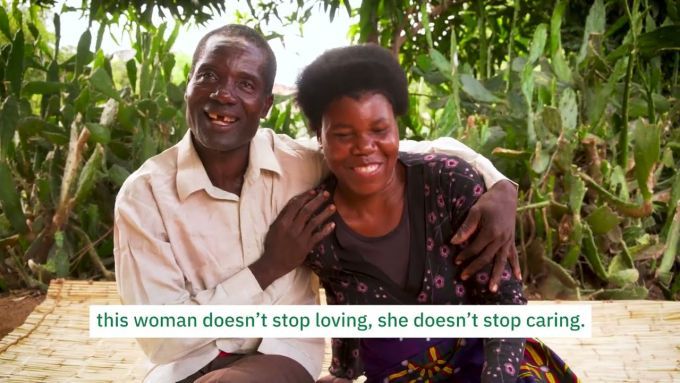 Stone and Rose - The Happy Couple

Stone and Rose, who have been married since 1994, signed up to take part in the Umodzi programme, and credit learning about gender equality with reducing the arguments in their home.

“We learned things that have changed our homes and our lives,” said Rose.  “Before we learned the lessons of Umodzi, us ladies were doing the ‘women’s work’ alone. Men were not helping at all. But after Umodzi, men are working with us. We’re working together farming, he sweeps the house, he even washes the clothes.”

Her husband Stone added: “People in the village think I am strange. But I know this way is right. I want to teach them about gender equity. Their thinking is old school. Men refusing to help their wives – they are thinking ‘inside the box’.”

Find out more about gender equality

The Graduation Model and Gender Empowerment research project in Malawi

This page gives the reader an overview of the Graduation Model and the Gender Empowerment research project in Malawi including a series of learning briefs from 2021.
Story
30 November 2021

This special issue of Knowledge Matters examines Concern's work on gender equality and strategies to reduce gender-based violence and coincides with the 16 Days of Activism against Gender Based Violence campaign.

The Graduation Model and Gender Empowerment research project in Malawi

This page gives the reader an overview of the Graduation Model and the Gender Empowerment research project in Malawi including a series of learning briefs from 2021.
Story
30 November 2021

This special issue of Knowledge Matters examines Concern's work on gender equality and strategies to reduce gender-based violence and coincides with the 16 Days of Activism against Gender Based Violence campaign.