In the wake of lacklustre action from larger states at the Climate Summit, Concern CEO Dominic MacSorley reflects on the flicker of hope ignited by a change in global leadership

Expectation and hope were running almost impossibly ahead of this week's UN Climate Summit in New York, following the largest ever climate protest which took place across 150 countries led by the powerful and passionate 16-year-old climate activist Greta Thunberg.

But did the Summit deliver?

The simple answer is no, or more accurately, not enough. There was no big bang shift and any real new commitments from the world’s largest emitters failed to materialise. China said nothing new, the US said nothing at all, and the UK was completely distracted. While Russia said it would ratify the Paris Agreement, it added nothing more how it would cut its emissions.

Overall, the outcomes of the Summit were disappointing and certainly did not live up to the sense of urgency and call for radical change that preceded it. However, it would be wrong to dismiss the meeting as a failure.

Amidst much of the ‘business as usual’ attitude, there was some concrete progress. Seventy-seven countries, including Ireland, announced plans to achieve net zero emissions by 2050.

While Ireland’s decision to stop all future oil exploration was welcome, it was hardly groundbreaking news for a country with a lot of gas reserves and almost no oil. Ireland has, however, played an increasing role in promoting dialogue with Small Island States, a group that is emerging as a leading block in the fight against climate change.

Some of the most aggressive commitments to zero emissions came from these nations that are most vulnerable to the consequences of our climate emergency.

Ultimately, this is what the Climate Summit may be remembered for: a change in global leadership, a time when the smaller nation states stepped up and reaffirmed their collective commitment to multilateralism as the larger nations floundered.
Dominic MacSorley - Chief Executive, Concern Worldwide

Nowhere was this more evident than in President Higgins' address to the Security Council. Following on from the unambiguous words of Greta Thunberg, President Higgins called out the recklessness of member states who choose not to address global challenges of climate and conflict.

This was his ‘how dare you ‘ speech. Part inspiration and part denunciation, he set out a bold ambition for UN reform that calls for a designated role with the Security Council for African and Small Island developing states.

He chose to spotlight those who are already being affected by the effects of climate breakdown and spoke about the need for a ‘paradigm shift in our thinking as to how we will combine ecology, economy, and social life’.

It is that type of ambitious thinking that the world’s youth have been calling for. The President’s words were particularly encouraging because they showed that older and younger generations don’t need to be divided by the issue of climate change. The strength of our response to the challenge of climate change doesn’t need to be defined by age but by the extent of our courage and ambition.

The Summit itself may have yielded underwhelming results - but this week was a reminder that we all have to change our way of thinking about this global challenge. From individuals to corporations, to governments to NGOs. There is no longer a choice.

Among the cacophony of voices this week was that of actor and environmentalist Harrison Ford, who offered this take on our current crisis.

“There is a new form of nature at hand, stirring all over the world. They are the young people who, frankly, we have failed — who are angry, who are organized, who are capable of making a difference. They are a moral army. And the most important thing that we can do for them is to get the hell out of their way”

He may yet be right. 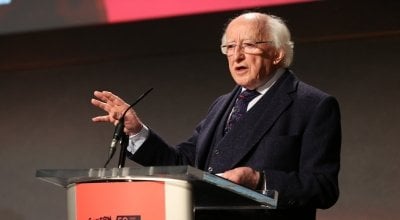 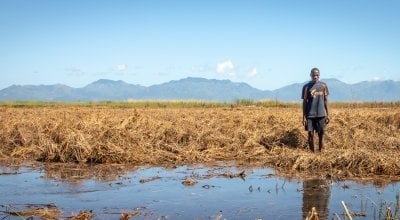 What is Concern doing to fight the effects of climate change?

As global leaders meet to discuss the growing threat of climate change, we take a look at the devastating impact on those who are most vulnerable. 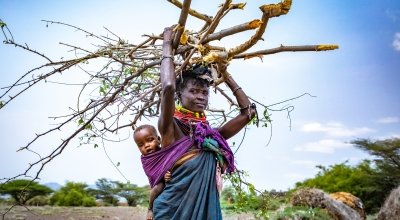 Turkana: A documentary podcast from Concern

This special one-off programme features the incredible stories of three remarkable women confronted by the impossible realities of climate change in northern Kenya.