On 6 April 1994, a plane carrying the Hutu president of Rwanda, Juvenal Habyarimana, was shot down over the capital, Kigali. The attack triggered the start of the Rwandan genocide that tore the African nation apart. In just 100 days, over 800,000 people were brutally killed in one of the worst ethnic-cleansing massacres the world has ever seen.

Newstalk’s Shona Murray visited Rwanda with Concern and made this video with director Matthieu Chardon. She spoke to people who lived through the genocide and who are now undertaking the difficult task of rebuilding – their lives, and their country.

While Rwanda is attempting to move on from those dark and desperate days – and has since developed a progressive constitution – 22 years after the awful events of 1994, accounts of the massacre are still deeply disturbing. 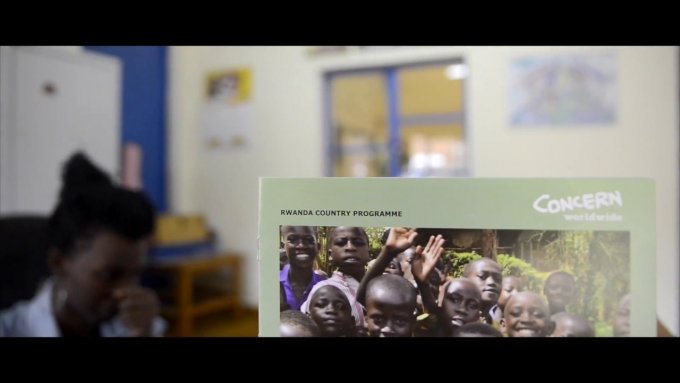 A memorial to the victims of the systematic and brutal killings that were a hallmark of the Rwandan genocide can be found in the small village of Nyamata – 30km to the south of Kigali.  It is believed that up to 45,000 people were killed in this village in April 1994 – 10,000 of them in Nyamata Catholic Church.

The church has always been a place of refuge… [but] this time in Rwanda, [when] the people fled to the churches, the churches were then surrounded, and hundreds of thousands of people were killed there. The very place that they should have felt most secure turned out to be the biggest killing zones.

Nyamata Catholic Church is now a memorial to the genocide. Within the church, the bloodied clothes of many of the victims can be found. In the crypt are thousands of skulls, femurs and other bones of people who were brutally murdered there. One coffin in the crypt holds the body of a woman who was killed while her infant child was still on her back. She had been raped by over 20 men before a spear was inserted inside her to kill her.

The baptismal font in the church is another gruesome memorial. Once used in joyous times, it was used in April 1994 to inflict death upon the very same babies who might have been baptised there – their little heads and bodies bashed to death against the marble.

Concern Worldwide was among the first NGOs to arrive in Rwanda to help its people in the aftermath of the slaughter. Anne O’Mahony recalls a a team that were also struggling to come to terms with their collective experience.

We had wonderful staff. They would come into work and work hard to try and build a recovery programme. But there were days when they would be completely blank. They would zone out. There was nothing in their eyes; there was no expression in their face. They just sat there.

The murder in Rwanda had been wholesale – indiscriminate. Dominic Dahimana, from Negasoze village in the south of the country, spent 15 years in prison for his part in the violence.

I was one of the people mobilised on the 18th of April to go and kill the Tutsi in Simbi church...we had a meeting with soldiers about how to take strategic positions at the entrances of the church so that the 20,000 Tutsis who were hiding inside could not go free…We were convinced that we had to kill the Tutsis. We were told this by our leaders at that time.

I was one of the people mobilised on the 18th of April to go and kill the Tutsi in Simbi church... we had a meeting with soldiers about how to take strategic positions at the entrances of the church so that the 20,000 Tutsis who were hiding inside could not go free. We were convinced that we had to kill the Tutsis. We were told this by our leaders at that time.

He now lives side by side with members of the Tutsi community like Jeannette Mporera, who narrowly escaped being murdered by the rampaging mobs of which he was part.

Jeannette recalls that all of the Tutsis has gathered in Simbi church on 18th April, where they thought they had security.

As she had four very young children, Jeanette decided that she could not go to the church and instead visited a nearby elderly Hutu neighbour, who agreed to mind her and her children.

Later, she heard that all of the people at the Simbi church had been killed.

After three days hiding, I went outside, thinking that the killing was over. But they got me and I was beaten and left for dead. They thought I was dead and left me. The lady was minding my children. This is how we survived.

It is difficult to understand how, after such horror, communities can even begin to reconcile with each other and rebuild their lives. Yet, the green shoots of reconciliation can be seen in Rwanda today. Initiatives like the Gacaca courts and the AMI programme are helping but agencies like Concern can also have a role in helping to promote reconciliation and in helping communities rebuild their lives.

Nyiramtezimama Alyera, saw hundreds of her community killed in front of her, including her husband and two of her children.

After the genocide, I was left without a home, without a husband, with no money. I was in a terrible situation. I was empty. Can you imagine how that was?

Concern helped Nyiramtezimama by giving her money to buy a plot to build a home for herself and her children. We also helped her fulfil her basic needs, educate her children and to eventually re-integrate into her community.

We now live well. We are living together with the Hutu. I have forgiven them. I don’t have any conflict any more. I give them forgiveness. What else can I do?

Find out more about our programmes in Rwanda by following the link below.

Our work in Rwanda 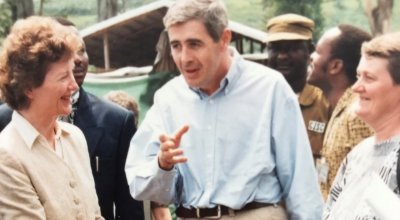 Dominic MacSorley led Concern's response to the tragedy that unfolded in Rwanda 25 years ago. He shares his recollections. 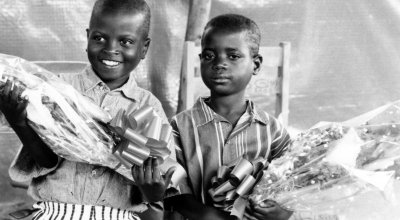 Twenty-five years after the Rwandan genocide, Anne O'Mahony recalls a day in the African nation that started out like any other but ended in pure joy.