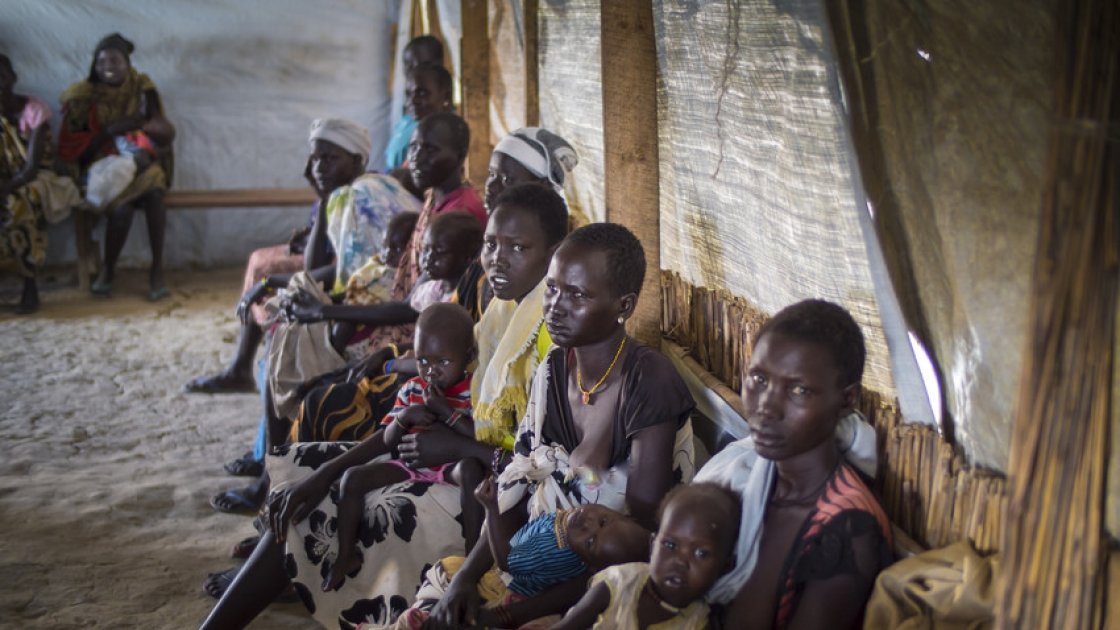 Civil unrest has been causing chaos in the newly-formed state of South Sudan for two and a half years. Photo: Concern Worldwide
News11 July 2016Sadhbh Goodhue

“This is a crisis on top of a dire catastrophe” – Feargal O’Connell, Concern’s country director in South Sudan, reports on the resurgence of violence last weekend in the war-torn African state.

Civil unrest has been causing chaos in the newly-formed state of South Sudan for two and a half years, leaving humanitarian disaster in its wake. Nearly two million people have been displaced by the violence, with up to 4.3 million people being classed as severely food insecure and this is deteriorating rapidly. A tentative peace deal was signed last year which eased the violence and saw opposition forces come back into the country’s capital, Juba. However recent days have seen increasing levels of tension on both sides of the conflict, which erupted into a renewal of fighting in Juba over the weekend.

Feargal O’Connell described what happened in recent days in an interview on RTÉ Radio this morning:

"It was a difficult weekend for the people of Juba. It started on Friday with very intense gunfire at the presidential palace when opposing factions – one loyal to the president, and the other loyal to the first vice president – engaged in serious fighting. That spiralled out of control and spread across the city. What we had over the weekend was very heavy clashes involving small-armed fire and heavy artillery, and even involving helicopter gunships."

He went on to describe the humanitarian impact of the fighting:

"It was very difficult for the people of Juba, as you can imagine. We’ve heard reports that up to 10,000 people have been displaced from their homes, and are sheltering in different places like churches and schools. I’ve been talking to some Concern colleagues who’ve been calling us on the phone, telling us that they’ve been sheltering under their beds because they haven’t been able to leave their homes to go to safe havens – it just isn’t safe enough."

Although things seem to have quietened down this morning, there are serious fears in the country that this will mark a return to all-out civil war – which will only escalate the suffering of an already beleaguered population. Feargal explains:

Our work in South Sudan

Our emergency programmes in South Sudan, funded by ECHO, Irish Aid, the Office of U.S. Foreign Disaster Assistance (OFDA), the Canadian Government  and the UN primarily focus on nutrition (preventative and curative), clean water supply and sanitation, as well as shelter and essential supplies for displaced families. We currently have teams in Unity state, Northern Bahr-el Ghazal, and in the capital city, Juba.

In Juba, we have been distributing food and vouchers to displaced families, and treating children in displaced persons camps and in three primary health care units. In Bentiu, we are currently providing clean water and latrines for people living in the Protection of Civilians (PoC) camp, are treating moderately and severely malnourished children at our nutrition centres, and are building new shelters for families in the camps. Northern Bahr el Ghazal has also been indirectly affected by the conflict and severe droughts. Here we are scaling up our nutrition and health programming in response to rising levels of malnutrition in the state.

Please give what you can to support our work in South Sudan.