Nothing Kills Like Hunger appeal: Donate now to provide life-saving emergency food assistance to those who need it most.
Home/News/

The fight against the HIV epidemic continues alongside COVID-19

While the global focus is on COVID-19, the battle against HIV and AIDS continues. On World Aids Day, Concern's Senior Health Advisor Breda Gahan reflects on a virus that has claimed the lives of over 32 million people.

Nobody could have imagined that towards the end of 2020, both the global HIV epidemic and the COVID-19 pandemic are ongoing - challenging capacity and optimal responses at all levels in many countries. Over 60 million COVID-19 cases have been reported, with 1.4 million deaths during the past 12 months.

HIV and AIDS has been affecting people since it was first diagnosed in 1981 and, to date, over 75 million people have become infected with HIV globally. Tragically, over 32 million people have died from AIDS-related illnesses since the start of the epidemic.

However, this means that 33% are not accessing treatment. These are mostly extremely poor communities in urban and remote rural locations, often in areas where Concern Worldwide is working. About 4,500 new HIV infections are reported globally every day and here in Ireland, at least one new HIV infection is reported every day.

Who is most vulnerable to AIDS-related illnesses?

The HIV epidemic reflects the inequalities and injustices faced by women and girls in poorest countries and forty years into the HIV epidemic, AIDS regrettably remains the leading cause of death of women of child bearing age.

Every week, around 5,500 young women aged 15–24 years become infected with HIV (nearly 800 a day). Surveys from 2013 to 2018 show that knowledge of HIV prevention remains worryingly low, particularly among women and girls. In sub-Saharan Africa, the region most affected by HIV, seven out of 10 young women did not have comprehensive knowledge about HIV.

Supporting girls to stay in school and HIV education for prevention is essential. Prevention programmes that focus on adolescent girls and young women aged 15 to 24 years are now having an impact and it is crucial to build on this momentum.

The theme for this year's World AIDS Day is 'global solidarity and shared responsibility'.

COVID-19 is demonstrating how health, and HIV, is interlinked with other important issues, including extreme poverty, reducing inequality, advancing human rights, gender equality, social protection and promoting economic growth to benefit all.

This is at the core of our humanitarian mission, with an ongoing dedicating to "leaving no-one behind".

"Now is the moment for bold leadership for equal societies, the right to health for all and a robust and equitable global recovery."

What is Concern doing to fight the spread of HIV?

Our strategy is committed to addressing key cross-cutting issues, including equality/gender, risk and vulnerability, social protection and HIV and AIDS. In Bangladesh, Burundi, Ethiopia, Liberia and Sudan, Concern teams collaborate with local partners who are responding to HIV and AIDS through integrated responses, including awareness-raising, messaging, outreach sessions and HIV prevention education in all our poverty reduction programmes.

Awareness-raising activities in the Bangladesh Integrated Urban Programme helped to increase knowledge and awareness on HIV transmission, resulting in an increase in the percentage of men and women who can identify two ways of preventing transmission and two misconceptions about transmission from a baseline of 0.97% to 10%.

In Burundi, under our livelihoods integrated Graduation Programme to assist people out of extreme poverty, community outreach sessions on HIV, family planning, and family-related law is being conducted by Concern field teams with Ministry of Health staff.

HIV and AIDS response is also an integral part of our Resilience programme in Ethiopia. Likewise, in the Leave No Girl Behind programme, HIV and AIDS is included during project implementation, with Concern staff and partners sensitizing the community on HIV prevention and AIDS mitigation during different events, including on World AIDS Day last year. 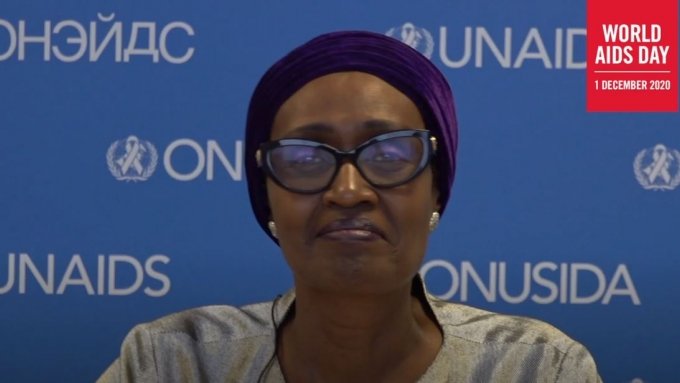 In Liberia, field teams continue to integrate HIV prevention and health behaviour messages during training, including in the Mother Groups’ curriculum for improving the health of young children. The distribution of materials continues to create awareness and address misinformation and myths surrounding HIV and AIDS so that community members are protected with correct information to help keep them safer.

During the 16 Days of Activism against Gender-Based Violence (GBV), World AIDS Day was celebrated in Grand Bassa County at the end of 2019. A total of 206 Mother Groups, community members and people living with HIV (PLHIV) from two districts attended sensitization sessions on HIV and AIDS delivered through focus group discussions. Participants shared ways to reduce the social stigma of PLHIV and to end discrimination.

Outreach sessions on HIV and AIDS were also conducted in 15 communities, on modes of transmission, preventive measures, and on gender-related aspects to help break the social stigma of HIV and AIDS.

In Haiti, Malawi and in Sierra Leone, HIV and AIDS responses were integrated within sexual and reproductive health (SRH) programme interventions. The Children Standing Tall Today for a Strong Society Tomorrow programme in Haiti targeted teenagers who participated in a two-month life skills training and a month on sexual health education.

Key topics covered during these trainings included non-violent communication, self-esteem, gender equality and sexual health education including on HIV and early pregnancy prevention. In Sierra Leone, HIV was included in the 16 Days of Activism against gender-based violence (GBV), with community sensitisation on the newly amended Sexual Offences Amendment Act of 2019.

The Let Girls Learn project in Malawi seeks to mitigate the barriers to girls’ enrolment and retention in school. In 2019, 227 schools enrolled and completed the sessions for 22,174 learners. Our partner Grass Roots Soccer developed the ‘SKILLZ’ curriculum, which focuses on using the world’s most popular sport to help boys and girls to understand key topics including sexual and reproductive health rights (SRHR) and HIV and AIDS. Learners, coaches and teachers reported that participants gained awareness of the changes in their bodies at puberty and implications on their sexual life.

Concern also led the organisation of six Maths and Science Camps that were attended by 623 secondary school girls to improve their performance and participation in subjects not traditionally considered by girls. The topics covered included career talks, how to perform well in school, relationships, HIV and AIDS awareness and prevention, and gender equality.

In Malawi, we have also been working towards changing gender attitudes and behaviours among staff and further integration of gender equality within their organisational culture. The team keeps an up-to-date mapping of service providers on counselling, GBV, health and HIV and social and child protection services.

Concern is conducting HIV and AIDS awareness education in South Sudan, in Aweil West and Aweil North. We are working in partnership with the County Health Department involved Arkangelo Ali Association (AAA), a partner dealing with TB cases in Aweil West, and launched Voluntary Counselling and Testing (VCT) sessions. This was the first time people voluntarily accepted to go for VCT in the county. As part of antenatal care, 672 mothers were tested between 2018 and 2019, and 6.9% tested HIV positive and are currently in medical care.

Our team in Pakistan is marking World AIDS Day by raising staff and communities’ awareness on gender equality, and by engaging men and boys to address HIV transmission, GBV and inequalities in all their country programmes.

It's time to end the AIDS epidemic

It is only through global solidarity and shared responsibility that we can end the COVID-19 pandemic and the spread of HIV and AIDS globally. Concern teams, along with partners and host governments worldwide remains committed to this endeavour in the countries where we are working.

It is time to stop COVID-19 transmission in Ireland and globally.

It is time to stop HIV transmission in Ireland and globally.

Prevention works, it's time to invest in it and ensure that we meet the Sustainable Development Goal (SDG) of ending the AIDS epidemic by 2030.

Renowned Irish peace campaigner Professor Monica McWilliams is the guest of honour at a Concern Worldwide event, which will be broadcast online this Friday afternoon.

Progress towards reaching the UN Sustainable Development Goal of Zero Hunger by 2030 is showing signs of stagnating or even being reversed,  according to the 2021 Global Hunger Index.

Renowned Irish peace campaigner Professor Monica McWilliams is the guest of honour at a Concern Worldwide event, which will be broadcast online this Friday afternoon.

Progress towards reaching the UN Sustainable Development Goal of Zero Hunger by 2030 is showing signs of stagnating or even being reversed,  according to the 2021 Global Hunger Index.