How far away is an end to world hunger? Find out in the 2016 Global Hunger Index

The 2016 Global Hunger Index maps hunger levels across the world to identify improvements or deteriorations in food security in the world’s most vulnerable countries.

This year’s report also examines what needs to be done in order to achieve the global target of zero hunger by 2030. Here are five must-know facts:

Hunger levels in the developing world have dropped by 29% since 2000. Which means millions of children are looking forward to better growth and a healthier life than their parents. With better nutrition, these children have a higher chance of finishing school, finding decent work and pulling themselves out of poverty.

In some places, progress has been staggering. In Myanmar undernourishment has fallen by 75% since 2000.

2. But hunger is still wrecking lives

Every success story is welcome – but too many people are still going hungry. In fact, 50 countries still have serious or alarming hunger levels. What does that statistic really mean? It means parents struggling to feed their babies, communities facing months between harvests with little or no food, and families too weak to earn money or make a long walk to school.

Most of the countries facing alarming hunger levels are in Africa, south of the Sahara – Central African Republic, Chad, Madagascar, Sierra Leone and Zambia. Two more countries in this category are Haiti and Yemen.

3. There are worrying gaps in what we know

And those 50 countries are not the whole story. There is too little data to be sure of hunger levels in another 13 countries, including war-torn Syria and South Sudan. But experts think 10 of these nations are a cause for significant concern. They include Burundi, where we do know that more than half of children under five are stunted – too short for their age as a result of malnutrition.

Every government and organisation committed to fighting hunger must do more to gather data on the problem, which can be used to target help at the places it’s most needed. Data will also reveal where certain groups – such as women, older people or people with disabilities – are particularly hard hit.

In countries such as Rwanda and Cambodia, where war and political turmoil have faded in recent decades, levels of hunger have dropped sharply. This underlines how violence, along with problems such as poverty, inequality and climate change, traps people in hunger.

We can’t end hunger without tackling these wider issues too. So solutions like empowering women and promoting peace will have a big role to play in the years ahead – alongside things like nutrition supplements, new farming techniques and cutting food waste. 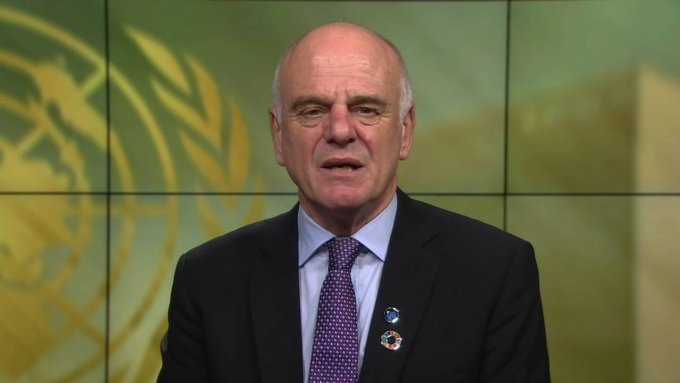 David Nabarro: getting to zero hunger

Last year, the world agreed the Sustainable Development Goals – which include a promise to end global hunger by 2030. But if hunger levels in South Asia and sub-Saharan Africa anywhere fast enough to meet this goal.

In his contribution to the 2016 Global Hunger Index, Dr David Nabarro – an expert in public health, nutrition and development – explains the true cost of failing to tackle hunger.

The cost of hunger is measured not only in lost lives but also in unrealised potential for individuals. It affects the ability of communities, countries, and regions to meet their own social development goals, and it stunts their economic prosperity.

How we choose to grow, process, distribute, and consume the food we eat will have a profound effect on people, planet, prosperity, and peace.

Every year of hunger puts more lives and futures at risk. Hitting the 2030 target is still possible – but we need more effort, more investment and more ideas. Business as usual is not an option.

You can download a copy of the full report below.